Five new compact cameras out of Sony today, all of which pack major zoom lenses. 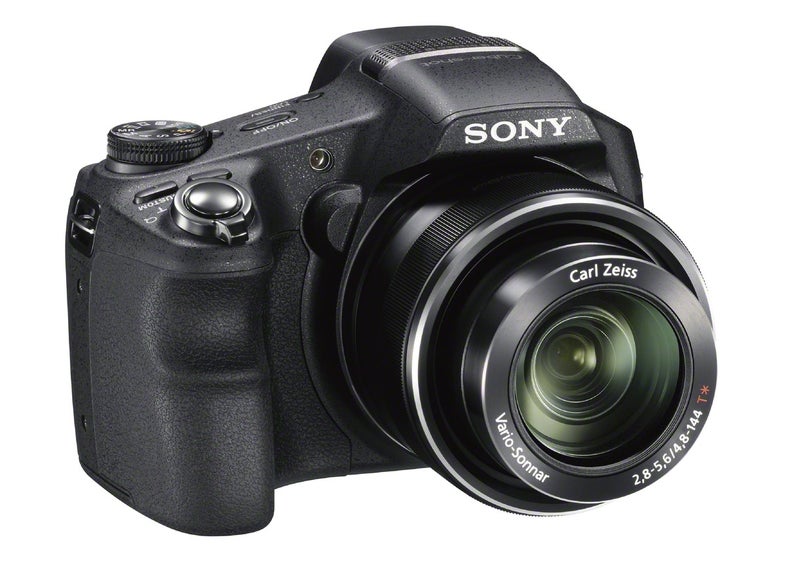 Sony has today announced the new “H-series” of Cyber-shot compact cameras, all of which carry major zoom lenses and optical image stabilization at varying price points. First out the gate is the high-end DSC-HX200V, pictured above. It has a whopping 30x (27-810mm) zoom, and is expected in March for approximately $480. It, along with the HX30V, HX20V and HX10V all have a new 18.2-megapixel CMOS sensor. Sony claims the new sensor allows faster AF speeds, 1920×1080, and the ability to record 13-megapixel stills while shooting video.