The Olympus Tough line continues to get, well, tougher 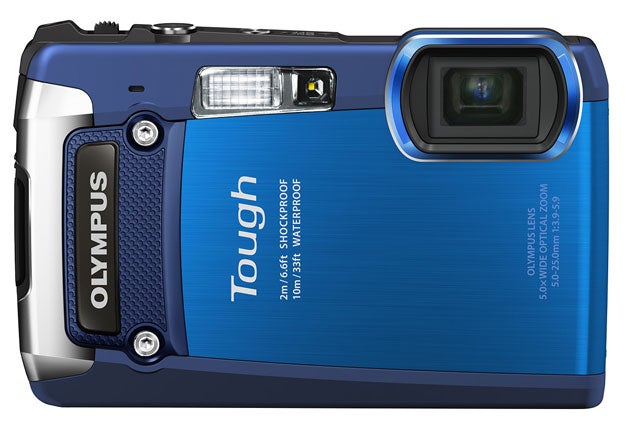 Are you getting sick of new rugged, waterproof cameras yet? Didn’t think so. The latest edition to the Olympus Tough line uses a new 12-megapixel backside-illuminated CMOS sensor and their TruePic image processor for improved low-light performance.

The rest of the specs should be starting to feel pretty familiar by now. It has a 5x optical zoom lens (28-140mm full-frame equivalent) with a maximum F-stop range of F/3.9 to F/5.9. It’s waterproof down to 33-feet, crushproof under 220-pounds, freezeproof to 14-degrees F, and rustproof. It’s also shockproof from drops up to 6.6-feet, though, which puts it at the higher end of the category.

Video capture maxes out at the increasingly familiar 1080p resolution, and the TG-820 also has a number of built-in shooting modes like backlight HDR mode to combat strong sun. In total, there are 34 shooting modes, which seems a bit excessive, but options are good.

Image stabilization is handled by sensor-shifting, which stays fully operational during video capture to fight off the nauseating jiggle effect that can come from trying to take action videos.

The back of the camera is equipped with a 3-inch, 1,030,000 dot HyperCrystal III LCD screen with a scratch-resistant and anti-reflective coating.

One of the real standout specs though, is the price. At $299, it’s pretty competitive, especially when you consider that it’s actually about as tough as you get from a certification standpoint. When it ships in March, you can choose from blue, red, or silver.