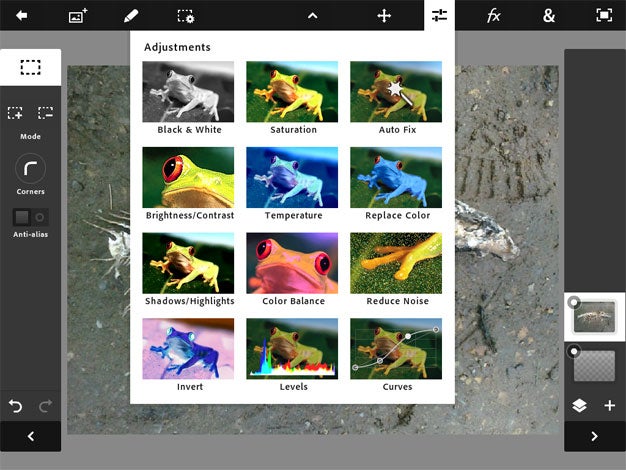 Android users have had access to Photoshop Touch for a while now, but now Adobe is letting iPad users in on the finger-friendly fun. The app has officially made its way into the app store where it can now be purchased for $9.99.

I’ve been using Photoshop Touch on the iPad for a few weeks now and the experience is very much the same as you’ll find on the Android version. Everything moves along in a very snappy fashion, making full use of the iPad 2’s processing power.

Personally, I’ve found it to be most useful when making adjustments to images taken with my phone, but it handles bigger images just fine as well. The ability go quickly grab images from Facebook and then re-share them is also particularly handy.