SLR Magic’s newest lens won’t be available until this year’s Photokina, but the company has decided to start the new... 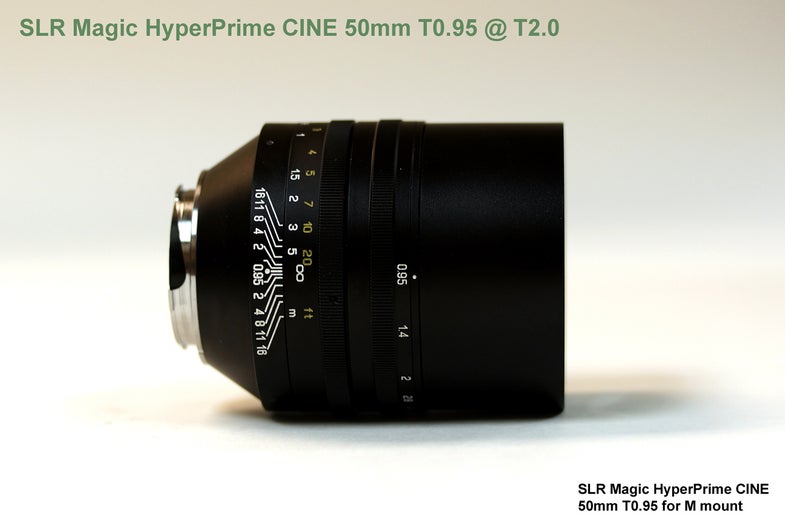 SLR Magic’s newest lens won’t be available until this year’s Photokina, but the company has decided to start the new year with a bang, and announced it anyway. The SLR Magic HyperPrime CINE 50mm T0.95 is designed for the Leica M-Mount, and unfortunately there aren’t many other salient details about it. The lens is 50mm equivalent, has a maximum aperture of T0.95, which equates to f/0.92 in the more common parlance.

Specifically designed for video shooting, you can see some sample footage of the lens in action here and here. It’s hard to judge what the final product will handle like from just video footage, but given SLR Magic’s history of less-than-sharp lenses, I wouldn’t hold my breath for anything stellar. In fact, if you look at around 0:22 on the second video, you can see some pretty brutal aberration under the lady’s chin, which would only be more evident in a still image.

With the lens not expect to launch until the end of September, there’s no word of official price, but SLR Magic lenses tend towards the affordable. Though with a weight of 34oz, this might not be a lens you want to drag around with you everywhere.