Nikon's S-series gets a wide variety of new compacts 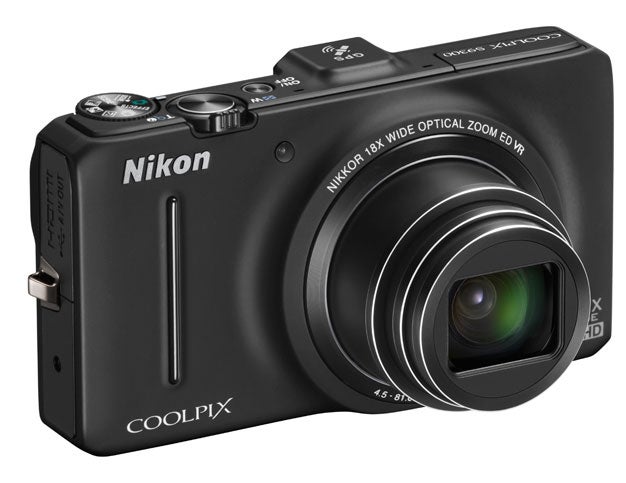 Despite its 1.5-inch thickness, the S9300 has an 18x Nikkor ED zoom lens (25-450mm equivalent), placing it squarely in the scuffle currently raging between skinny cameras with lots of lens. It has built-in optical VR and a 16-megapixel Back Side Illuminated CMOS sensor, not unlike the one found in the more advanced P-series compacts also announced tonight.

It also shoots 1080p HD video and has built-in GPS, which it can use to geotag images and display maps of places where photos have been taken. It’s coming this month for $349.

The zoom on the S6300 drops to 10x, but the sensor, VR, and full HD video capture stick around from the S9300. The built-in panorama mode can create 180- or even 360-degree stitched images in the camera. It will cost a lot less at just $199 when it hits in February.

Touted as a “no-frills” touchscreen camera, the draw of the S4300 is the 3-inch, 460K LCD on the back of the camera. The lens is a 6x zoom (26-156mm equivalent) with VR, behind which you’ll find a 16-megapixel sensor. It’s loaded with all of the shooting modes you’d expect from a camera at this level and it’ll be available later this month for $169.

Drop the touchscreen from the S4300 and you’re left with the same 6x zoom and 16-megapixel resolution, which is combined with 720 movie recording and 19 scene modes for a truly “no-frills” affair that comes in at just $139.