Coming in February with a whopping 150MB per second read speeds 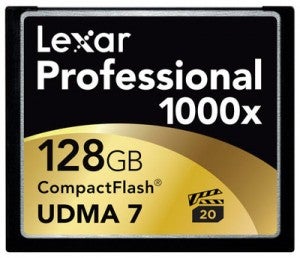 Passing heretofore unknown levels of speed, Lexar’s newest addition to their memory card stable reaches the impressive 1000x milestone. The Lexar Professional 1000x will come in 16GB ($169.99), 32GB ($299.99), 64GB ($529.99), and 128GB ($899.99) sizes, and the company is promising “minimum guaranteed sustained read speed of 150MB per second” — which should be enough for even the largest of files. The card also supports the Video Performance Guarantee (VPG-20) specification, which requires that it capture video streams at up to 20MB per second. So regardless if you’re shooting RAW or video, you should be able to handle some pretty heavy data with a card this fast.