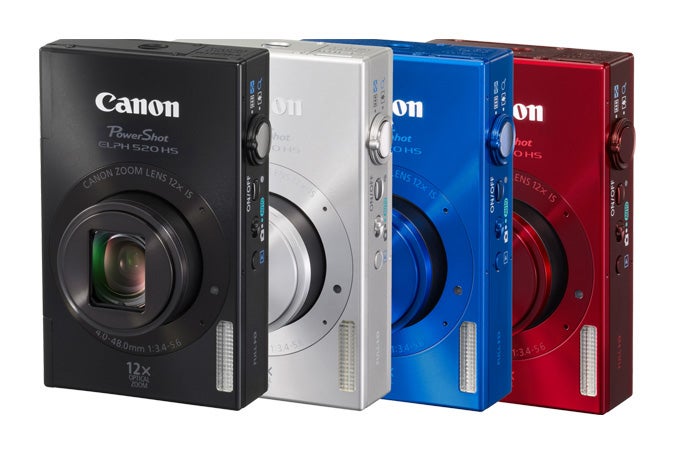 The G1 X is the new king of the Canon compact castle, but it’s not their only new camera. Two new Elph cameras bring the line back to its compact, but relatively boxy looks.

One of the most interesting new features is the Face ID recognition technology. Not only can it track individual faces in the frame, but it can even determine their age (it picks from three different age groups) and prioritize the people in the frame accordingly.

Both cameras will be available in February in a variety of festive colors. But, despite their adorable names and colorful bodies, they’re no joke from a performance standpoint.

We’ll get some hands-on shots and impressions once we hit the show floor.