Is this the first step to a Nikon version of Magic Lantern? 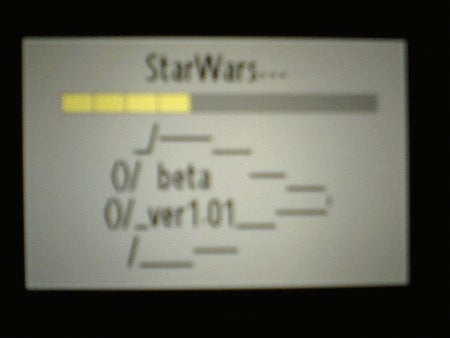 There’s been a robust scene of reprogramming Canon cameras with custom firmware for some time, in the form of CHDK and Magic Lantern — but for the first time we’re seeing something similar with a Nikon DLSR. A custom firmware pack for the Nikon D5100 has been released, and while all it does is rename some of the on-camera text with a Star Wars theme, it’s a little step towards a much bigger goal. Released over Flickr, the StarWars firmware makes the following changes:

You can see some of them in the blurry GIF below, but further work is being undertaken on through a new website to expan the roll of the custom firmware. Sure, changing the name of the menus is a minor tweak, but hopefully before long we’ll see some more impressive features released.