Fujifilm has had an unqualified success with the X10 and X100, which they're now attempting to parlay into the ultrazoom world 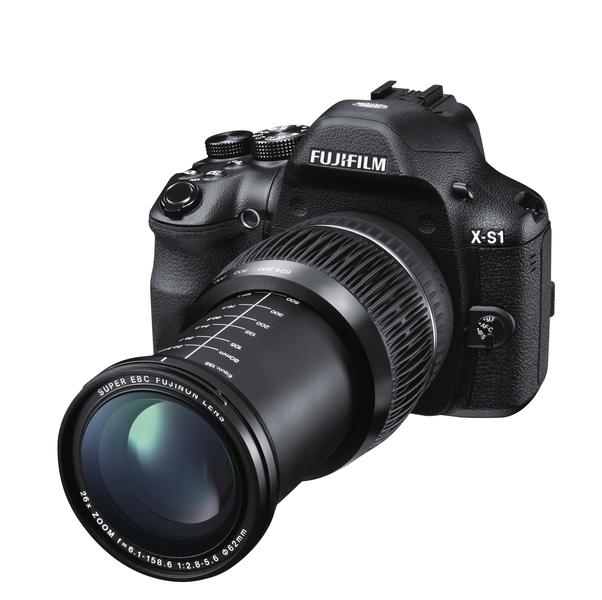 The newly announced Fujifilm X-S1 is the third member of the line that brought us the now iconic X10 and X100. But can Fujifilm carry over their success with those two models into the world of super zoom bridge cameras? Rather than the retro esthetic of its sibling models, the X-S1 looks more like a traditional DSLR than anything else, except this has a whopping 26x 24-624mm zoom, with a maximum aperture of f/2.8. Much like the X10, it uses a 2/3-inch 12-megapixel EXR CMOS, and packs a 1.4-megapixel electronic viewfinder, and 460,000 pixel, tiltable rear LCD. Fujifilm hasn’t made much official in the USA for this model, but we hear that the UK will get it in February for £699.

These ultrazoom cameras are tricky beasts, often times jack of all trades in the consumer camera world. They have huge zooms and are useful in just about any situations, but often tend to use sensors even smaller than most compact cameras. I hope the the slightly larger image sensor can help with those problems, but people have already started peering closely at the sample images, and voicing their concerns. We won’t know for sure until we get it into the labs, but until then you can satisfy your gadget lust by checking out the X-S1 videos on YouTube, and their special mini-site for the camera.