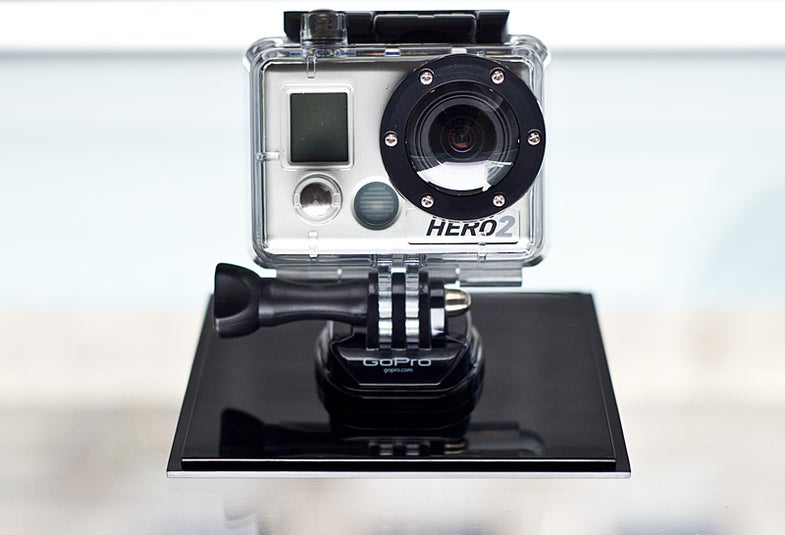 If you’re into just about any kind of extreme sport, you’re probably pretty familiar with the boxy little Go Pro cameras that have been capturing gnarly footage for some time now. The new version has an extremely similar form-factor, but the HD Hero2 has received quite an overhaul.

You can now record 1080p video with a wide angle lens that covers 170-degrees. It’s still resistant to impact and can also survive in up to 197-feet of water. They claim that the lens is now 2x sharper and also has two additional focal length settings including 127-degrees and 90-degrees. It also does 120 fps slow motion capture if you’re willing to drop the resolution to 848×480.

The HD Hero2 Professional has also gotten some upgrades in the still department. It can now capture photos in 11-, 8-, and 5-megapixel resolutions. You can still set it to take time lapses with intervals between .5-seconds and 60-seconds. And if you put it in burst mode, it can grab 10 full-resolution photos in a single second.

One of the most welcome additions for anyone who has used a helmet cam extensively in the past will be the blinking LEDs on all sides of the cameras to show that it’s recording. Before, it was kind of frustrating and difficult to know if you were actually shooting footage or not.

There are a couple of new “Bacs” in the work as well. The Wi-Fi Remote gives you control over the camera using a network and a connected tablet or smartphone app. The Wi-Fi BacPac lets you preview and playback footage over Wi-Fi as well as stream it directly to the web.

We’re going to have some footage and a review of the new camera coming soon. It’s available for order now in three different $299 configurations: Outdoor, Motorsports and Surf.