How Much Do Copies of the Same Lens Differ From One Another?

LensRentals.com has put together an interesting look at how your lens's performance is decided at least partially by dumb luck 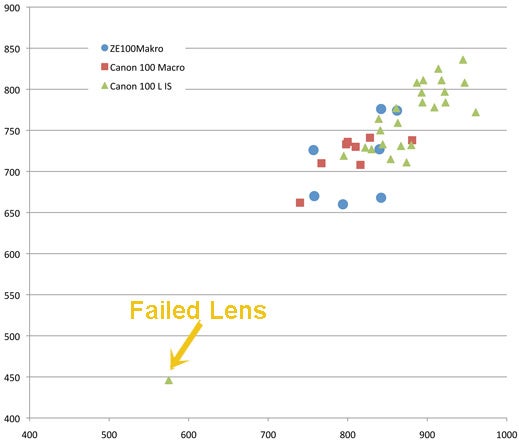 Accurately measuring the sharpness of an image is something that’s hard to do with our squishy, flawed human eyes, which is why it’s wonderful that we know have software that can tell us exactly how sharp an image is. Over at LensRentals, Roger Cicala decided to not only look at how sharp the lenses in their stable are, but how much variability exists between them.

Cicala tested the sharpness of various copies of the same lens, the same lens refocusing multiple times using AF, the same lens focused using manual focus and live view, and a single lens tested on multiple copies of the same camera body. To perform this sort of testing, you really do need a pretty astonishing amount of hardware on hand, which is why it’s so cool to see someone who has the facilities and the abilities actually run it.

It’s a great read, and well worth diving in to, but his summary covers all the major points:

What’s interesting looking through these results is how much variability there is between lenses, even the same model. That’s why things like Spyder’s Lens Cal calibration system exist. The differences between copies may be slight, but you still want to get the best image possible out of your gear.

The other thing that you can really get from this is that when a lens is bad, it’s obviously and truly bad, and there’s no avoiding it.