An Introduction to Off-Camera Flash Photography 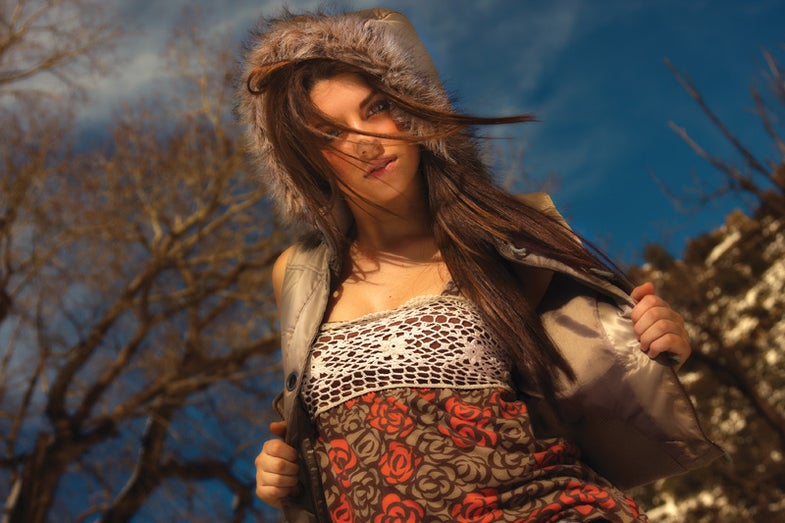 Dorn's touch of fill flash is barely detectable here, yet the subtle glow across the facial shadows makes the shot. Bruce Dorn
SHARE

How do you create those shadows? By moving the flash off-camera. On-camera flash produces a coarse light that draws flat, shapeless subjects with harsh highlights and black shadows. Think snapshot.

But the best off-camera lighting conveys shape, dimension, and mood through the interplay of highlight and shadow. You create this kind of lighting wirelessly using masters and slaves. A master (also called a commander) is a controller that attaches to your camera’s hot-shoe and sends signals to an off-camera, accessory flash or flashes (slaves). The master functionality can be built into a flash (even your camera’s pop-up flash, on some models) or a dedicated, flashless adapter, and its commands are sent as pulses of infrared light or radio signals. You can hold a slave flash in your hand, ask a friend to hold it, or mount it on a lightstand.

While small shoe-mounters may seem less impressive than monster studio or location lighting systems, they’re actually amazing tools. These flash units are compact and lightweight for easy transport. Battery-powered, they let you shoot anywhere without having to search for outlets, worry about popped circuit breakers or, when shooting abroad, fuss over 120/220 voltage concerns. Plus, with many off-camera systems, you get full through-the-lens (TTL) exposure control. You won’t find that in typical $6,000 studio strobes.

“Lighting with shoe-mount flashes offers many more flash modes than high-endor studio or location strobes,” Arena says. “You get TTL, manual, high-speed sync, and stroboscopic shooting, for example. Also, wireless is built into many of today’s flash units, so additional purchases are often not required.”

Most wireless flash units can operate as either a master or slave, a convenience many pro shooters can’t live without.

“I like shooting wireless flash for three reasons,” explains San Francisco-based photographer Andrew Wong. “First, it means fewer wires to trip over in the studio or on location; second, it puts my lights off-camera; and third, it gives me the ability to position the lights almost anywhere.” And placing his lights around, below or above his subject “always means a more interesting outcome,” says Wong.

Photographer Bob Davis agrees. “Shooting wirelessly, I can control the output and firing mode of my remote flash units from the camera. It’s invaluable, because even when I position my lights in hard-to-reach places, I always have instant control of them.”

Another advantage to controlling off-camera flash from the camera itself? The menus on your camera’s LCD monitor, says Arena, are usually much easier to decipher than the icon- and abbreviation-based controls typically squeezed onto tiny LCD panels on the flash. Yet another plus: Wireless flash means not having to spend time in postproduction using software to clone out the errant cords that can unexpectedly snake through your photos.

Smaller and less powerful than typical studio or location strobes, many accessory flashes are infinitely more sophisticated. The humble shoe-mounter can produce specialized lighting effects that just aren’t possible with larger and more expensive lights. And these effects become all the more exciting when you take your flash off-camera.

Your lighting experiments can include:

High-speed syncing: Most high-end accessory flashes offer this feature, which frees you from your camera’s sluggish flash sync speed. Shooting flash at 1/500 sec, 1/1000 sec, or faster speeds lets you use wider apertures to produce beautifully defocused backgrounds in scenes lit with off-camera lights. Likewise, you can darken and/or saturate background color (think deep blue skies) by underexposing with higher shutter speeds. An added benefit to underexposing backgrounds is the way it can spotlight your brightly flash-lit foreground subject. While high-speed sync flash is usually dimmer than conventional flash, you can overcome this by adding more units to increase the light.

Better fill lighting: “I live and shoot in a sun-drenched California area,” says Syl Arena, “and I often use Canon Speedlites for fill outdoors in full sun. Because they’re inexpensive and easy to set up, I can cross-light a subject with multiple off-camera units from multiple angles. It produces very soft light, because each acts as a fill light for the shadows created by the others.”

Grouping your lights: Nikon and Canon systems let you group your lights and easily adjust their output collectively. An obvious advantage is the ability to adjust relative fore- and background lighting by grouping these lights and then independently adjusting their output.

Ready to take your flash off-camera? Photographers who’ve done it successfully offer the same advice: Read and reread your flash manual; practice and master flash features (such as high-speed syncing) individually, then attempt to combine them in a wireless, off-camera setup. Also take advantage of the many resources out there such as the Canon Digital Learning Center, Sly Arena’s Speedliter’s Handbook, Nikon’s Creative Lighting System support materials, flash photography workshops, and websites such as Strobist.com.

Finally, practice and master these off-camera flash techniques in your living room using inanimate objects or a willing friend as your subject. When you’ve nailed the techniques, stand back and enjoy the transformative impact that off-camera wireless flash can bring to your photography.