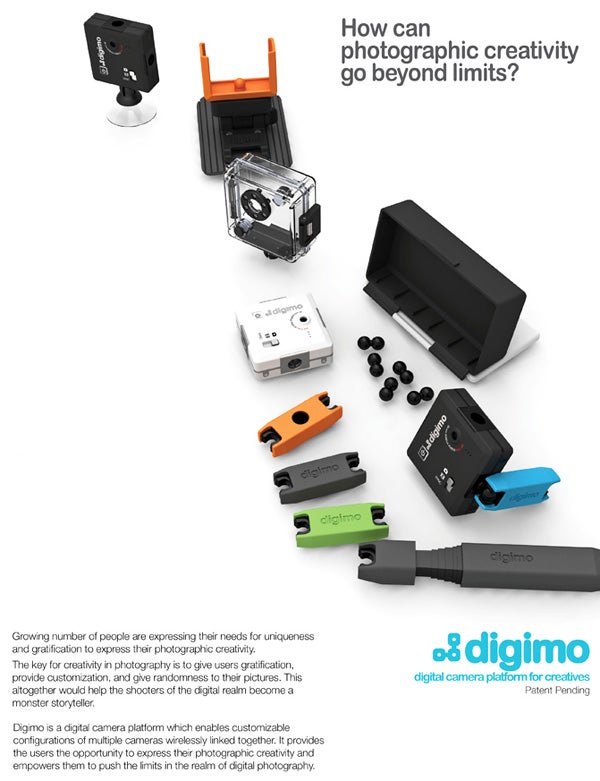 Designed by Steve Sangik Lee, the Digimo is a concept for a camera with that lets you control multiple modular lenses from a single base unit. Like so many design concepts, it might not ever make it into production, but there’s some interesting ideas there.

You can think of the Digimo as a natural evolution of the Bug System of modular, programmable gadgets, except this is specifically designed only for photography. His vision is of a series of small, square modules — some with lenses, some for control. You can slave a number of lens units to the screen module, and then shoot wirelessly with them from anywhere.

In the example below, you can see the concept of attaching one camera to your helmet, one to the rear of your bike, and then shooting from either one at will. He also suggests attaching two lenses to one another for 3D photography, or leaving a lens out and walking away for better animal photography.

While we doubt we’ll ever see this on store shelves, the Digimo concept is far more realistic than many other camera concepts we’ve seen, to the point where I don’t think there are any hard technological barriers to it being constructed, except what it might end up costing.

You can see more of the concept at Yanko Design.