Sure, you could make your own large format pinhole camera, but it probably wouldn't be as cool and as simple as this one 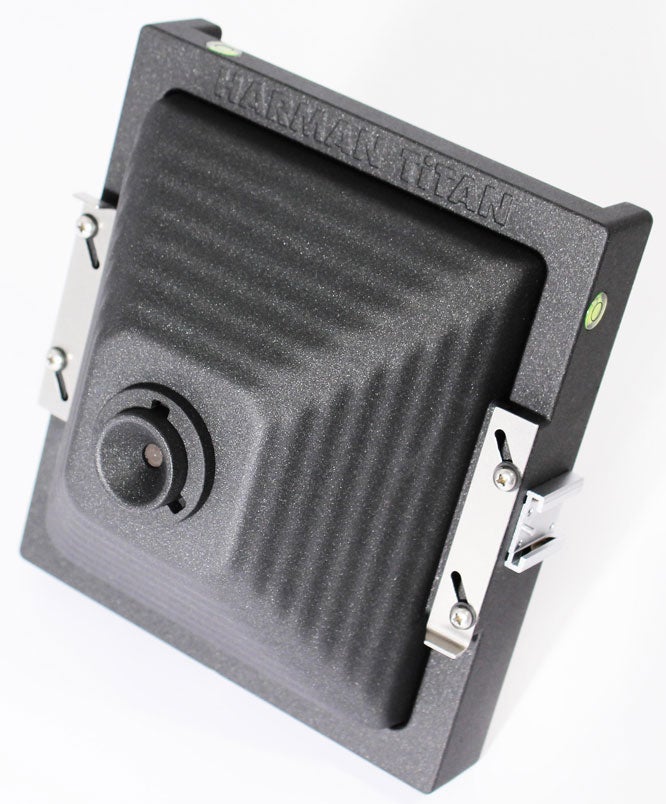 Ilford has teamed up with camera maker Mike Walker of Walker Cameras to make the Harman Titan, an injection molded pinhole camera aimed squarely at the education market, but that we would love to get our hands on. The camera will retail for £150, with Ilford needing to sell at least 1,000 of them to make it worth their while — a number I don’t see them having any trouble hitting.

The camera is made of ABS injection molded plastic for a rugged and hardwearing body, with an aesthetic that mimics lens billows. The camera comes with a tripod mount, two spirit levels, and an accessory mount. Since it’s a pinhole camera, you won’t be using a strobe with it, but you could use a more permanent light source, and apparently some people like to mount their iPhones as a viewfinder.

The Harman Titan has no shutter to speak of, instead just has a lenscap that can be removed to start the exposure, and replaced to stop it.

The camera will come with a 72mm lens, but the entire bellows can be swapped out for planned 110mm and 150mm version lenses. The kit for sale will include the camera, probably only one lens, 10 sheets of 5×4 Ilford Delta 100 Professional film, and 10 sheets 5x4in Harman Direct Positive photographic paper, which can be exposed directly in camera and then fixed for a one-off exposure, and a Pinhole Exposure Calculator.

If you were able to buy this camera, you’d notice there’s one major feature missing — a back. The camera is designed to interface with a 4×5 film holder, and rather than charge extra for this, the manufacturers noticed they’re available extremely cheaply on the second hand market, so decided to save the users some money by just letting them use their own.

You can check out a hands on with a prototype over here, at a bit over two minutes into the video.

The pinhole camera is due out at the end of October, and as far as we know is UK only. Given the relatively straightforward nature of the hardware, this could be something that could be extremely easily picked up by someone with a bit of engineering knowledge and a KickStarter project. With no electrical parts and no movements, it would just be a matter of sorting out the molds to the right specifications, and getting the whole thing assembled.