Coming in October, this $300 compact is hiding a lot of glass 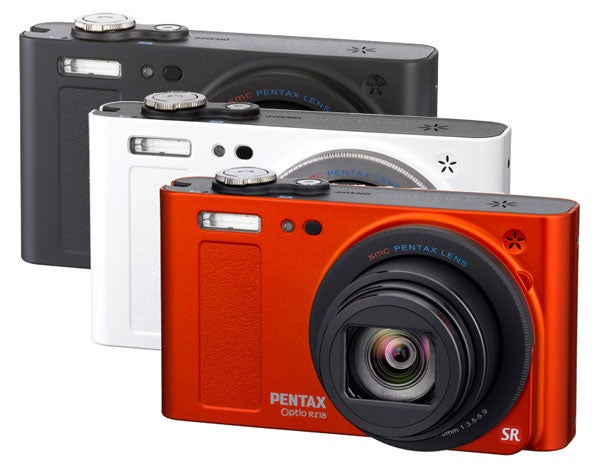 To look at the latest addition to the stable of Pentax compacts, you probably wouldn’t guess that there was an 18x optical zoom lens tucked into its relatively tiny body. But, it’s in there and it offers an equivalent zoom length of 25-450mm.

The body itself is one of the highlights of this mid-range compact. The design is fairly minimalist, an effect that is more pronounced in the black version than it is in the pearl white or metallic orange. The top looks especially nice.

Behind the lens is a 16-megapixel sensor, which shifts as part of their Shake Reduction system. The auto focus system uses 9 AF points for focusing.Sadly, the RZ18 is lacking in the manual shooting mode department. It does, however, include facial detection and a pile of special effects filters, which should drive home the fact that this is aimed more at the casual user.