Available in micro-four-thirds and the Sony E mount, the Nanoha is now available for pre-order 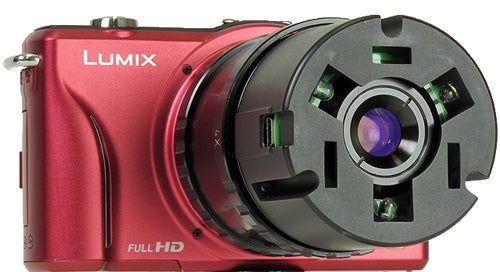 Traditionally, macro lenses tend to run 1:1 or 1:2 magnification — but what if you want to blow up your subjects to absolutely insane levels of detail? The Nanoha lens from Japanese lensmakers Yasuhara is designed especially for mirrorless mounts, and this micro-four-thirds and Sony E lens is more than just a macro — it’s an ultra-macro. It provides an astonishing five-fold magnification, which amounts to each pixel of the image being only one micrometer on the target object.

Unfortunately, Yasuhara hasn’t been able to source suppliers outside of Japan, so they’ve decided to put the lens up for pre-orders themselves, on their website. The Nanoha will cost $479.50 plus shipping, though the price may be revised in the future.

You can see a little more information about the lens here. It’s a peculiar beast, with an aperture range of f/11-f/32. Unlike most lenses, it cannot focus to infinity, instead it is locked at near 11mm distance, though you have some leeway at this point. You can also slightly retract the front of the lens to drop the magnification down to 4x.

Because it’s so crucial to have a steady object and ample illumination when you’re dealing with such huge magnifications, the Nanoha will ship with two important accessories included: in the image above, you can see three LEDs which make up the lighting unit, a USB powered light source for the lens. There’s also a “target holder”, a small plastic frame that locks onto the front of the lens for holding objects in place. You can see both in the image below.

So, how good are the images? They’re a bit out of the ordinary. You can see a handful of them here and on DCWatch’s page. For some objects they’re definitely of scientific quality, if you can navigate around the obscenely tiny DOF. The one shot we found the most interesting was of an iPhone 4’s retina display, where you can make out the individual RGB pixels in the screen.