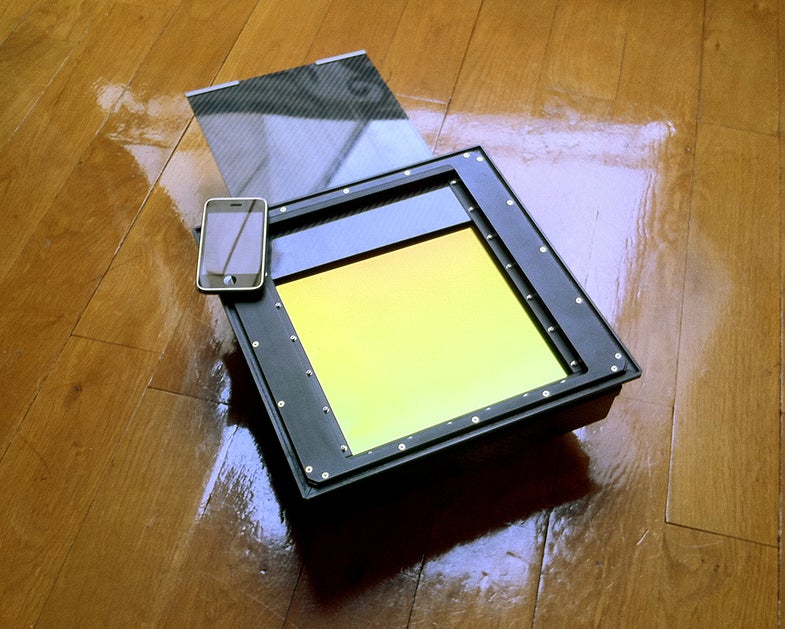 When we saw the custom 8×10 digital back being used by renowned product photographer, Mitchell Feinberg over on the excellent A Photo Editor blog we couldn’t help but be intrigued, especially when we found out (roughly) how much it cost to produce.

After spending months on technical research, he finally tracked down a manufacturer willing to listen to his admittedly difficult request, and create a sensor that would click into the back of his camera. The first prototype was made in February of 2009, and nine months later he had a fully functional sensor with an 8×10 capture area that would snap in place to his Sinar camera.

Nicknamed the Maxback, Feinberg got two of them made so that he could have a backup for a price he calls “equal to the cost of a good size house – before the housing crash.” Each unit would go for around “low six figures” if more were to be made, but at that price point and with a very specific purpose, it’s unlikely these will ever go for sale.

The most interesting thing? Feinberg doesn’t use the back for the final images — he uses it as a digital preview of the final shot so as to save on film. In fact, the final resolution isn’t high enough for full-on print spreads. With the digital back in place, he can take an image in just 30 seconds, and then when he’s happy with the setup, he can swap in the film and shoot a couple of sheets — which allows him to keep the image quality that he loved from the original, and save on the $15/shot film, of which he estimates he shoots more than 3,000 per year.

We reached out to Feinberg to get some more technical info on his shooting setup. Tuned to ISO 100, it runs on a custom blend of software and scripts to control the back, transmit the information to a computer, and then show it for a preview:

We highly recommend you read the full APE post, but don’t hold us responsible if it gives you the insatiable urge to go out and try large format film shooting.