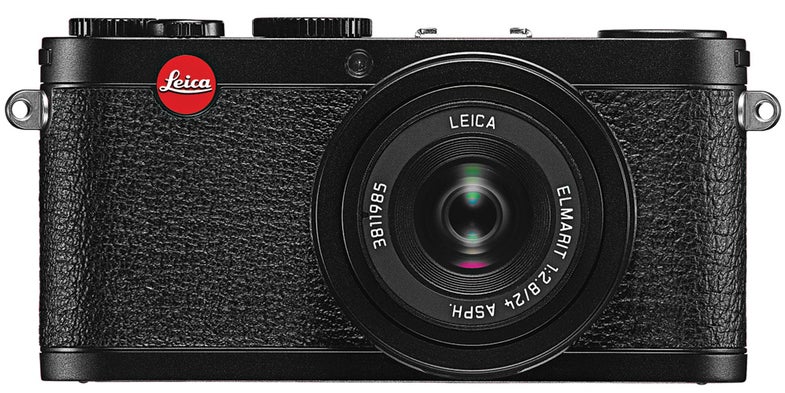 While it's true that the Leica X1 has a relatively high price tag, it comes with the latest version of Adobe Lightroom, which retails for $260 on its own.
SHARE

With a look that reminds us of a 1920s-era Leica A (if it were modified for the digital age), Leica’s X1 hopes to offer a high-end approach, with a classic feel, to the compact camera. The twist is that this $2,000 (street) model contains a 12.2MP (effective) APS-C sized sensor in an attempt to produce image quality that goes beyond that of most compacts. In our tests, it certainly did.

The tough part is that it faces competition from all sides. Its fixed 36mm-equivalent f/2.8 lens compares directly to the Fujifilm FinePix X100, but both of these also bear comparison to large-sensor ILCs. The Leica stands its ground well in some areas, but its quirks may limit its appeal.

In the Lab
If there’s one area in which the X1’s APS-C sensor really delivers, it’s resolution. The tiny sensors in compact cameras squeeze so many pixels into such a small space that they require resolution-robbing noise reduction even at lower ISOs. The sensor in the X1 delivered 2230 lines per picture height in our test, for a Very High rating, contributing to the Leica’s overall image-quality rating of Very High at ISO 100.

Color accuracy was another high point for this Leica. It earned an Excellent rating with an average Delta E of 7.7 for 8-bit TIFFs converted from the DNG RAW files captured by the X1.

Like all Leica digital cameras, the X1 captures DNG files, Adobe’s standard RAW format. The camera also comes with a download of the most recent version of Adobe Lightroom at the time of purchase. But, since DNG is a standard, you can also convert the X1’s images with earlier versions of Photoshop that use Adobe Camera RAW, or any other RAW converter that recognizes the DNG file format.

Since we process test images using the default settings for noise in the software provided with the camera, the official results for the X1 look less than impressive—the defaults in Lightroom don’t apply any luminance noise reduction at all, though they do reduce chrominance noise.

Compare this with the Fujifilm FinePix X100, which barely enters the Unacceptable level with a 3.1 at ISO 6400, where it held a resolution of 2125 lines. Plus, we could have applied extra noise reduction to the X100 at ISO 6400 to bring it into acceptable territory while still beating the X1 on resolution.

Luckily, image stabilization lets you handhold the Leica at lower ISOs. While the Fujifilm doesn’t offer it, the X1 includes the sensor-shift variety. In our test performed by multiple members of the our staff, we were impressed with the X1’s ability to steady the shakiness of our hands, averaging 3 extra stops of leeway in shutter speeds. So, if you’d normally shoot at 1/60 sec to get a steady shot, you can expect to be able to shoot at 1/8 sec and still get acceptably sharp results.

The X1’s 24mm f/2.8 Leica Elmarit lens is similar in design tothe one in the FinePix X100, with 8 elements in 6 groups, including a single aspheric element. With the APS-C sensor, you get an equivalent field of view of a 36mm lens. In tests with DxO Analyzer 4.0, we found Slight barrel distortion, and light falloff was gone by f/3.5.

Those are respectable results for such a wide-angle lens. Though the Fujifilm has the X1 beat on light falloff, it showed complex distortion and, at its worst, more pincushion than the X1 did barrel distortion. However, we doubt that in practice you’ll be displeased with the lens performance of either of these cameras.

In the Field
Despite its diminutive size, the Leica X1 has more heft to it than your typical compact camera, due to its magnesium-alloy and aluminum construction. The body is covered with a synthetic textured-leather surface that is (unsurprisingly) reminiscent of Leica MP rangefinders.

Two dials atop the camera control shutter speed and aperture. While apertures can be set in 1/3-stop increments, shutter speeds can be selected only in whole stops. Set either dial to A, and the camera will choose that variable for you. Set both to A and you’re shooting in program. Set ISO to Auto too, and you’re in point-and-shoot land. It’s convenient and easy to understand.

The 11-point AF system in the X1 performs well in bright light, but it slows down significantly in dim light. This is typical of contrast-detection systems, but despite the fact that Leica recently upgraded the X1’s firmware to help this issue, it’s still on the slow side compared with some compacts, and noticeably slower than the Fujifilm X100 and most ILCs we’ve tested.

If you plan to use the X1’s autofocus, you might want to set it to H for whichever AF mode you choose. On this setting, the camera tries to focus before you press the shutter, so it will be partly or even mostly focused when you press the button. In very dim environments, though, you may still find the X1 slow or unable to autofocus.

The manual focusing experience is quite nice with the X1. While it doesn’t evoke the classic rangefinder feel as much as the Fujifilm’s focusing ring does, the wheel on the back of the X1 lets you focus faster. In the same firmware update mentioned earlier, Leica made the wheel respond to the speed you turn it. So, if you turn the wheel quickly, it will move the manual focus faster. Flick it really fast a couple of times, and you can move from one end of the focusing-distance scale to the other in a jiffy. Moreover, the distance scale on the X1, like that on the Fujifilm, shows a bar representing your depth of field, so you know how much you have in focus.

The menu on the X1 is simple and straightforward (aside from image stabilization being buried eight items down the list). The thing we liked most is that we rarely had to use the menu—dedicated buttons and dials provide almost all the control you need.

Not surprising to us given Leica’s traditional commitment to still imagery, but strange given the state of the camera market in general, the Leica X1 doesn’t shoot video at all.

Bottom Line
If you enjoy shooting with manual focus and selecting aperture and shutter speed yourself, then you’ll likely enjoy the Leica X1. It is able to produce very pleasing images and, unless you plan to print very large, its resolving power should be enough for most photographers.

It might be hard to justify a $2,000 price tag, especially when there are less-expensive cameras that can outperform the X1. Still, if you want a comfortable entry point into this luxury photo brand, the X1 certainly delivers. Plus, when you consider that it comes with Adobe’s Lightroom, you end up with a package that includes everything you’ll need to enjoy photography—except a printer and a computer.