Pentax has just announced a $249.99 GPS accessory for their most recent digital SLRs. 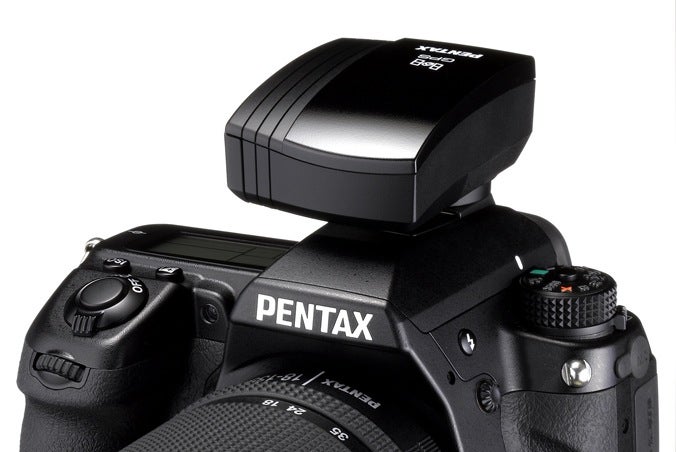 Pentax has revealed their newest accessory for DSLR users, a GPS unit which plugs into the flash hot shoe of their cameras. The Pentax GPS Unit O-GPS1 (if you want to get official) will set you back $249.99, and Pentax is promising it will be up for preorder shortly.

In addition to geotagging your photos, Pentax has added a veritable boatload of extra new features with the O-GPS1, giving it some rather nifty features we haven’t seen in comparable devices from other manufacturers. You can use it for interval tracking to record a map of your movements; there’s a built in electronic compass; it has rudimentary navigation software, and will tell you the distance from where you are to a set GPS point; and it runs on a single AAA battery, so it won’t drain your camera’s rechargeable cell.

There is one other function which leapt out as being particularly interesting. If you use the GPS unit on an SLR that has magnet driven shake reduction system, you can use an astrotracer function for astrophotography. This uses GPS and accelerometer data to calculate how far the stars above would move during an exposure and how the camera is pointed, and then shifts the camera’s sensor to compensate. That way you get stars and planets as stationary objects rather than smears of light, without requiring a rotating base. I assume that there’s a limit to how long of an exposure you can coax out of this feature.

Unfortunately, the unit doesn’t work with many cameras right now: only the K-5 and K-r are fully supported, and some functionality with the 645D. The $249.99 isn’t quite as bad as the less fully featured Nikon equivalent, but is still a pricy extra.