The folks at DIY Photography have announced a new line of gear, aimed at helping the budget-minded photographer get more out of their strobes. 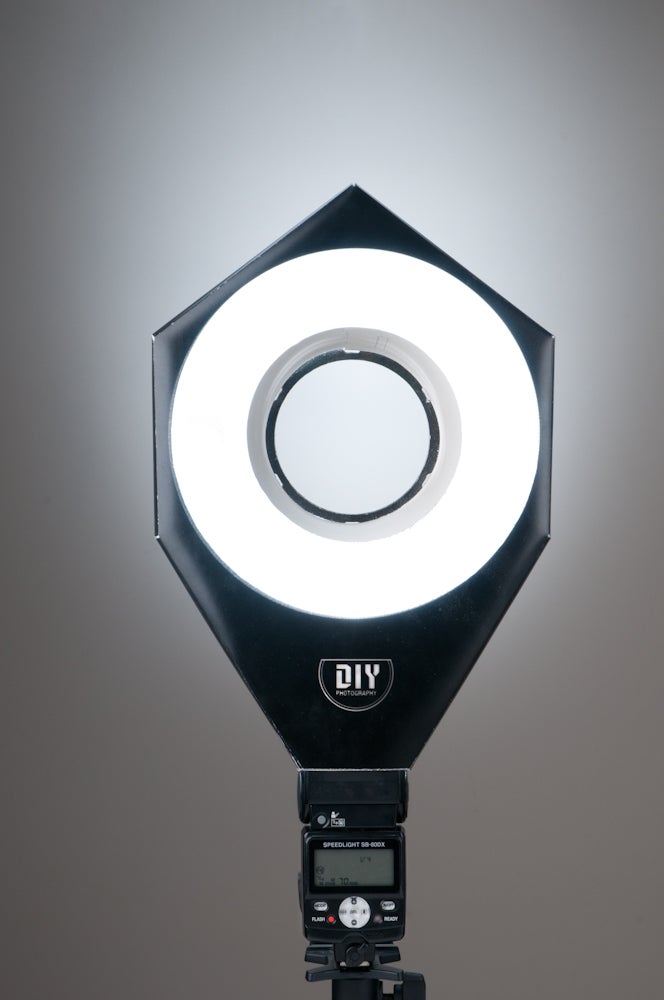 DIY light mods are fantastic because they’re simple and can save you a ton of money over the store-bought stuff. But, not everyone is handy enough to make the pieces they need. That’s why DIYPhotography has started selling kits to supe-up your flash. Dubbed DIY Lighting Kits, these low cost flat-packed goodies are extremely interesting. Right now they’re offering two packs: the Double Flash Bracket and DIY Ring Flash.

The double bracket will set you back $19.95 and allows you to strap multiple strobes to a single mount. In keeping with their DIY aesthetic, they suggest you hold them in place with a couple of rubber bands.

Frankly, we’re much more interested in the DIY Ring Flash, which promises to convert your normal sized strobe into a ring flash for just $24.95. They’ve tested it with a handful of units (Nikon SB28, SB80dx, SB800, SB26; Canon 430EX, 580EXII; and Vivitar 285) but it should work with most models. It ships as a perfectly flat set, and requires a fair bit of papercraft-like assembly to put together. It has a black matte outer, and a silver reflective ring to do the heavy lifting. At that price, you really can’t complain, though it’s an extra $8 if you want a bracket mount to go with it. I’m sure gaffer tape will work just fine.

This isn’t the first time that a cheap ring flash converter has popped up — like the O-Flash converter we reported on earlier this year, which was panned by many. The DIY version doesn’t have the break in the ring that the O-Flash was plagued by, so hopefully it’ll perform better. It might be worth reserving judgement until the first few have shipped and we see reviews, but for $25, do you really have that much to lose?