You have a little more time to save up for Canon's upcoming fisheye zoom and fast, super-telephoto lenses 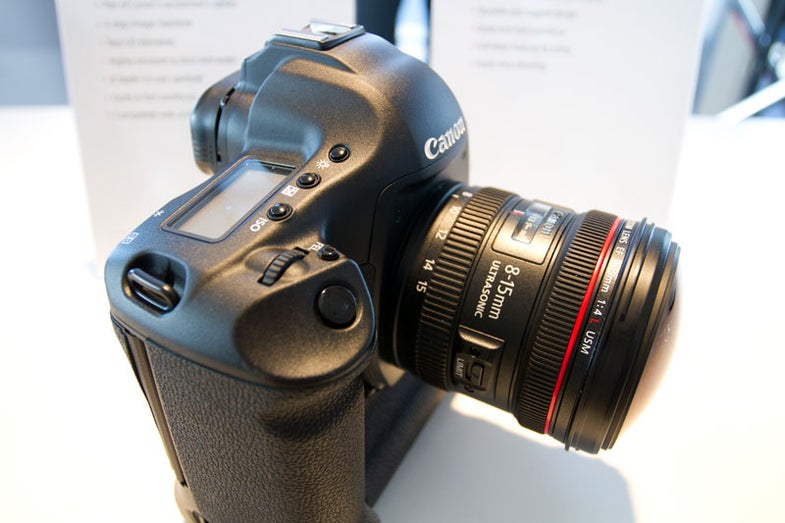 At last year’s Photokina trade show, we got a chance to go hands-on with some of Canon’s upcoming lenses. Unfortunately, their respective releases were hit with delays even before the natural disasters in Japan. Now, however, Canon has officially announced availability and pricing information for five new lenses slated to start clicking into EOS bodies in 2011. Here’s a rundown:

As you can see, the very cool fisheye zoom will start hitting shelves in July, but the longer lenses will keep wildlife and sports shooters waiting longer. But hey, at least it looks like Santa will be able to get that 600mm lens in time to stuff your stocking with it.