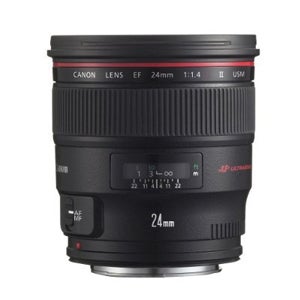 Canon’s third version of its 24mm f/1.4 full-framer (the first was the 1979 FD), this $1,700 (street) prime remains the fastest wide-angle lens for both film and digital SLRs, scaling up to the equivalent of 38.4mm on the Canon EOS 50D. With a new 13-element design (up from 11), upgrades include two aspherical elements (up from one) to combat linear distortion and field curvature, two UD elements for controlling chromatic aberration, an SWC (Sub Wavelength) coating to reduce flare and ghosting, and a more circular diaphragm for smoother bokeh. Like most L-series Canon lenses, it has seals and O-rings for extra dust- and water-resistance, and a USM focusing motor for quick and quiet autofocus. You can fine-tune focus manually while the AF clutch is engaged.

Large and heavy, it weighs about 4 ounces more than its predecessor and nearly half a pound more than Sigma’s comparable 24mm f/1.8. The stippled, matte-black polycarb barrel sports a new MF/AF switch that we hope Canon puts on other lenses-flush with the barrel, it’s less likely to be reset accidentally. When we tested the previous version in 1997, we had trouble reading the subject-distance scale, and that’s still true. Otherwise, the lens is a pleasure to use, with a comprehensive depth-of-field scale, an infrared focusing tick, and perfectly damped MF action. Typical of Canon USM lenses, AF is quick, quiet, and accurate. The bayoneting, petal-style lenshood (included) is velvet-flocked.

In our SQF tests, sharpness and contrast rose to the mid-Excellent range at all apertures and magnifications. Compared with its predecessor, this was a drastic improvement, especially at maximum aperture, where sharpness increased to 93.46% from 74.1% at 11×14 inches.

DxO Analyzer Version 3.0.1 tests found barrel distortion in the Slight range (0.16%), a strong showing for a wide-angle, full-frame lens, and much better than its predecessor, which produced Visible-range barrelling of 0.66%.

The one problem: vignetting. Light falloff left the corners at f/5, disappointing next to the earlier lens, which vignetted only to f/2. The maximum magnification ratio came in at 1:5.33 at the close-focusing distance of 9.87 inches-more magnifying power than Canon’s claimed 1:6.25.

As full-frame DSLRs offer ever more resolution, lenses must keep up to provide crisper image detail. Replacing a film-era optic whose shortcomings would be obvious on bodies such as the EOS-1Ds Mark III, this remake is worth every penny of its $1,700 price. 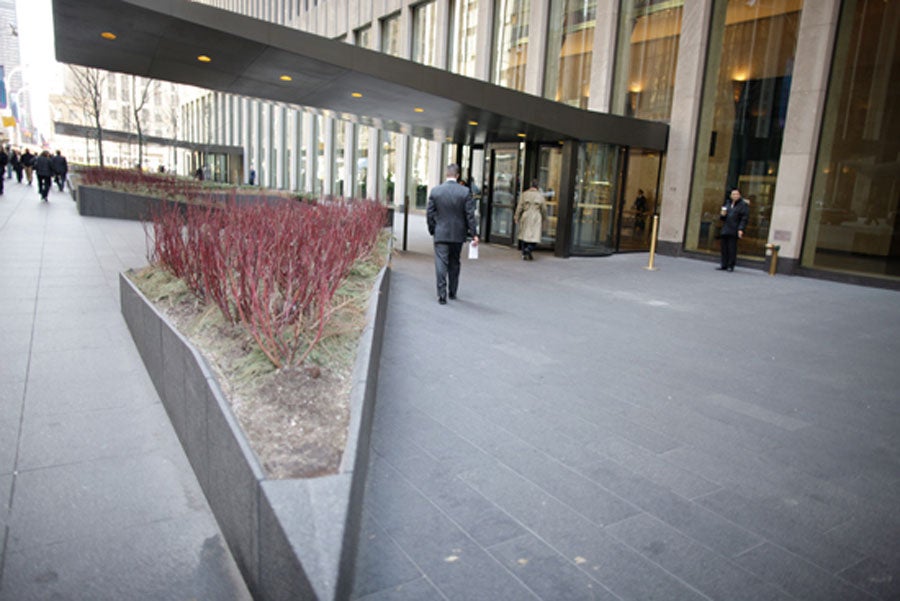 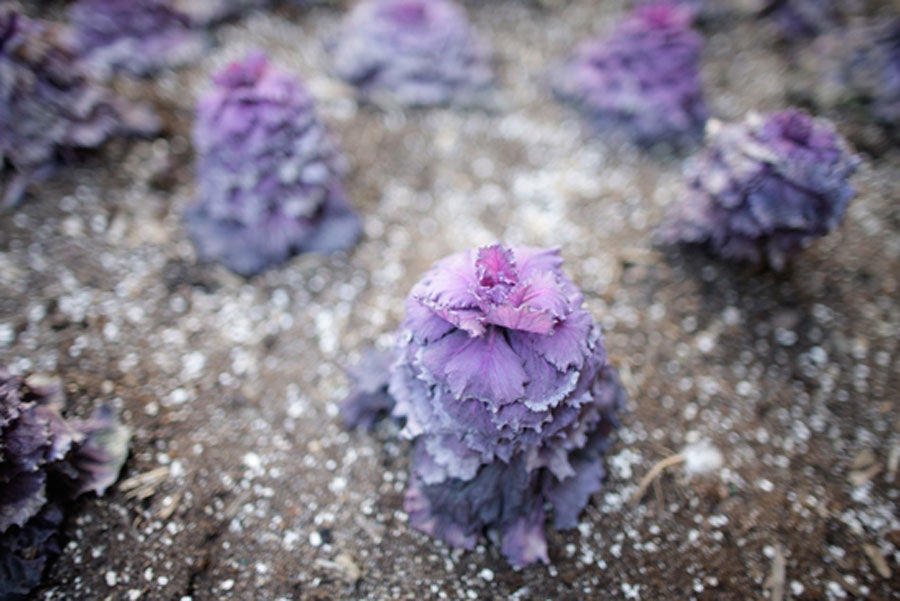 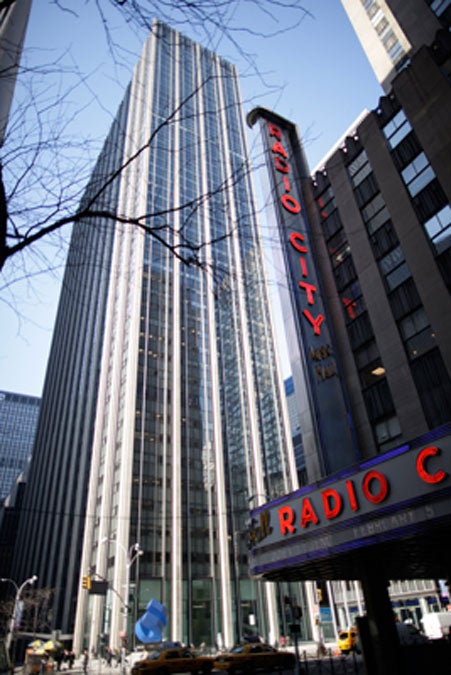 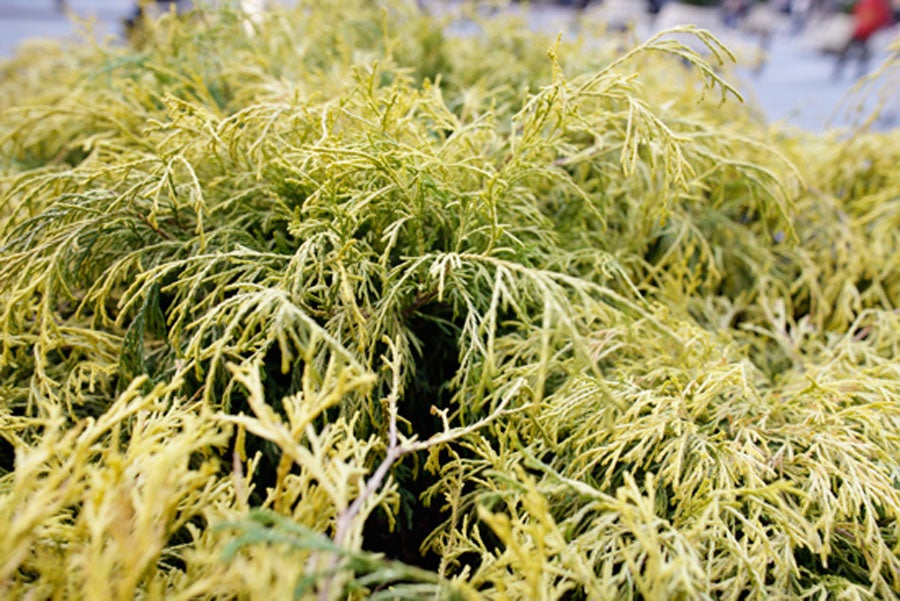 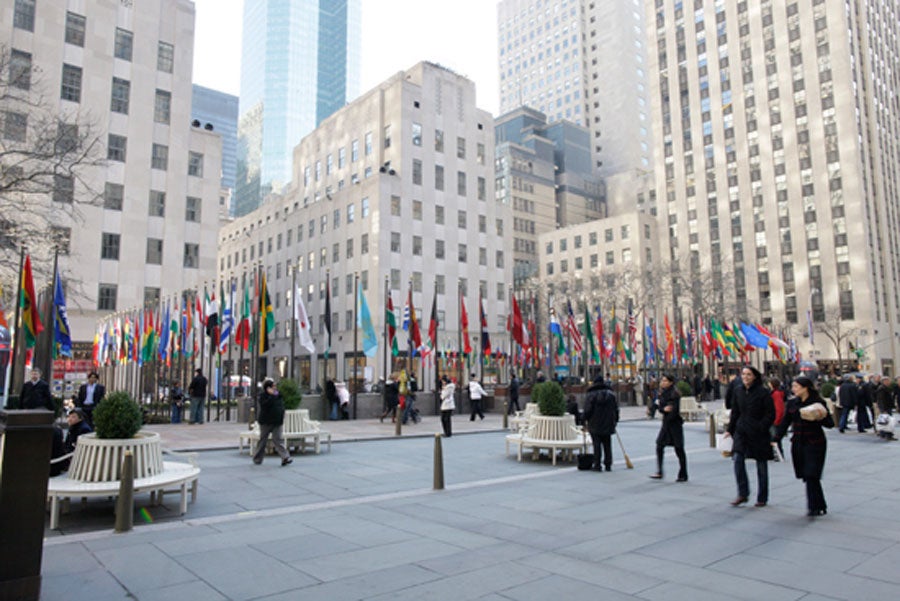 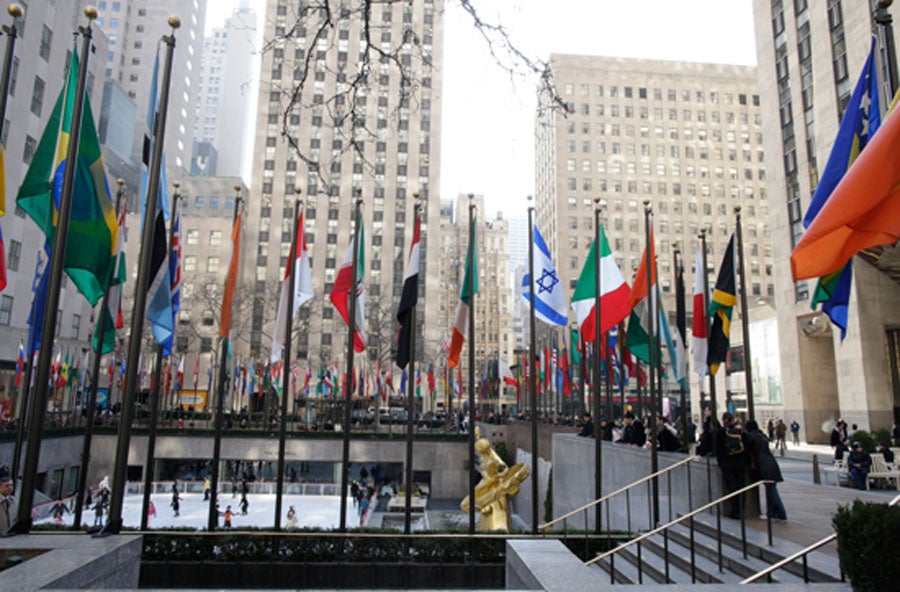 Rockefeller Center and ice-skating rink shot with the Canon 1Ds Mark III with the Canon 24mm lens and an exposure of 1/60 at f/22 with an ISO of 1600.
Lens Reviews
Canon
reviews