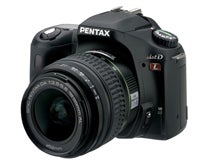 The move positions Pentax to potentially capture a large portion of the entry-level digital SLR market, as the company did in the late-1970’s and 1980’s film SLR market with the now-legendary K1000. This year marks the 30th anniversary of the K1000, which was introduced in 1976. Though the last K1000 was sold years ago, the camera still remains popular among photography students who now buy them used.

In addition to the *ist DL price drop, Pentax currently offers rebates of up to $100 on some of its lenses. The lens rebates will remain in effect through March 31, 2006. More info on these rebates, and Pentax SLR products, can be found at www.pentaxslr.com.