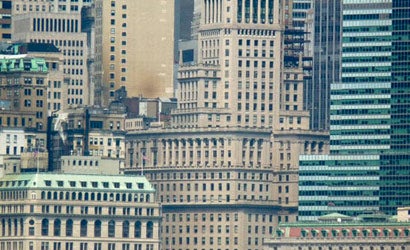 In other words, the FZ28 takes a winning camera design and makes it even stronger. We had the chance to spend a few moments with this new EVF while checking out the NYC Waterfalls from the water and can’t wait to get it in the lab for a full lab and field test to really run it through its paces.

But in the half-hour we had with the Panasonic Lumix DMC-FZ18 – mostly in intelligent Auto mode under the challenging hazy bright midday conditions – we were quite impressed with the tonal range and detail captured in the images. As with most compact Panasonics we’ve seen recently, the default settings seem to favor great detail with low contrast. Therefore many of the images in the sample shot gallery have had a touch of contrast snap added before posting.

Check out the image quality samples we shot during our sneak peek of this cool new camera by clicking on the top photo on this page. And check back for a full lab test of the as soon as we can get our hands on a eval unit.