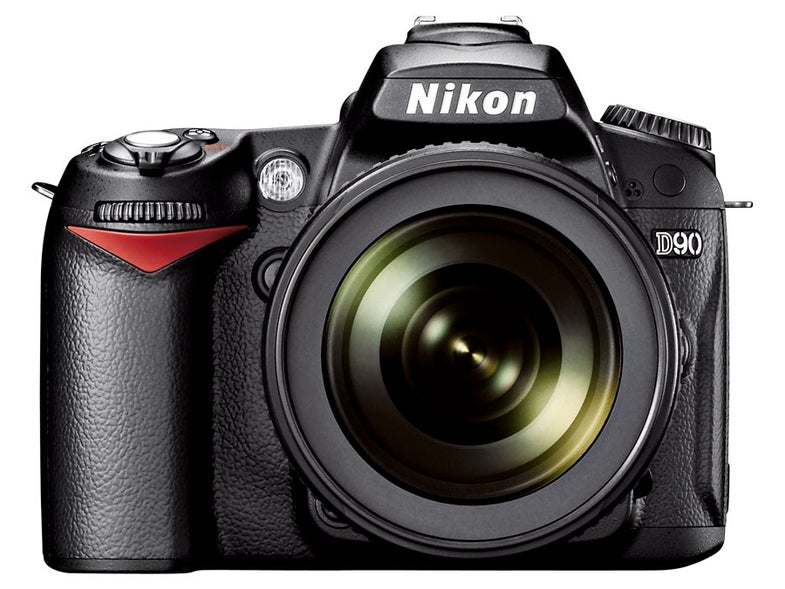 It would seem logical for the first DSLR with video capture to come from a company that also makes camcorders. Nikon defied that logic, though, by creating the D90 ($1,000, estimated street, body only; $1,300 with AF-S DX Nikkor 18-105mm f/3.5-5.6G ED VR lens). And not only does it capture movies, it captures 720p high-definition video with sound. On top of that, it ably replaces the highly regarded D80 as Nikon’s main midlevel DSLR.

Borrowing its 12.3MP APS-Csized CMOS sensor from the higherend D300, the D90 is the fourth successive 12MP Nikon DSLR. Clearly, the company has eased off the megapixel race, instead focusing on other areas of image quality, such as low noise at high ISOs and convenient features. And the results are impressive. In our lab tests, the D90 scored Excellent in overall image quality right up through ISO 3200.

While the quality of the Nikon’s video compares favorably to what you’d get from some HD camcorders in terms of sharpness and a relative lack of video artifacts, the camera records at only 24 frames per second, slower than the 30-fps standard for TVs (which the Canon shoots). So video may not be as smooth as what you’d get from a camcorder. The D90 records only mono sound, and HD video is limited to 5 minutes before the sensor becomes too hot. Set to standard definition (640×424 pixels), expect up to 25 minutes of video.

Note, however, that autofocus doesn’t work while shooting video. You can preset focus beforehand with AF, but once the video starts rolling it’s strictly manual. Manual focusing is more difficult for video than for still images, especially if you’re moving the camera during a shot. Also, if you’re zooming in or out during a shot, you’ll have to refocus after you zoom. Technically, you could do both at the same time, but you’d need to use a tripod to free up both hands.

While we wouldn’t count on the D90 as a primary video camera, it’s fine for short clips. One fun thing about video capture in a DSLR is that you can use any lens in your collection, even a fisheye. For example, a 50mm f/1.4 can give you shallower depth of field than almost any consumer-level camcorder.

The D90 is the first camera that can take advantage of SanDisk’s new 30MB/sec Extreme III SDHC memory cards. In our lab tests, it captured 54 full-sized Fine-quality JPEGs in 12 seconds for an average of 4.5 fps, just as Nikon claims. Shooting RAW, we got 9 frames in 2 seconds before the buffer filled up, again verifying Nikon’s 4.5- fps spec. And with this new card, the D90’s buffer clears so quickly that the burst is like the Energizer Bunny — it just keeps going and going. Slip any other SDHC card into the camera, and you can count on only about 13 JPEGs before the buffer fills. As with any DSLR, the number of images you get in a burst decreases as you raise the ISO, since the file size typically increases. Our tests were performed at ISO 200, the camera’s lowest setting in the normal ISO range.

Also debuting with the Nikon D90 is the company’s new optional GP-1 GPS unit. While we didn’t have one to test by press time and the price is yet to be announced, it’s among the smallest GPS systems for a DSLR — tinier than most wireless flash transmitters. Mount it in the hot-shoe, attach a cable to the D90’s mini-USB-sized terminal, turn on geotagging in the setup menu, and you’re in business. Drawing power from the camera body, it inserts latitude, longitude, altitude, and universal time code data in the metadata of your photos.

As has become routine lately, this new Nikon DSLR passed our tests in the Pop Photo Lab with gusto. The D90 captured wonderfully accurate colors — a bit better than the more expensive, full-frame Nikon D700 and samesensored D300: It scored an Excellent rating, with an average Delta E of 6.9. (The lower the Delta E number, a measure of color deviation, the better.)

The D90’s noise profile is similarly impressive, though it couldn’t beat the D300. At its lowest regular sensitivity of ISO 200, the D90 earned a Very Low rating. Noise rose to Low at ISO 400. At ISO 3200, it essentially matched the performance of the D300, though that camera bests its new sibling in the middle ISOs. That’s better than the Sony and Pentax; the Canon earned better scores at ISO 400 and 800, but showed more noise than this Nikon at ISO 1600.

Another key measure is autofocusing performance. Here, the D90 trumps its predecessor in all but the dimmest light. At very bright light levels (EV 8-12 in our test) the D90 focused in less than 0.4 sec. In mid to low light (EV 1-6), focusing time ranged from 0.46 to 0.69 sec. At the lowest level Nikon’s specifications claim, EV -1, the D90 still achieved focus in less than 1 sec. And the AF system didn’t fail when we dropped the lights to EV -2, about the same amount of light as a field illuminated by a full moon — and the lowest light level in our AF tests. But it was much less consistent and much slower, averaging 1.99 sec.

Live view on the D90 remains the same as it has been on other Nikons. We give a thumbs-up to the dedicated button, but still like Sony’s dual-sensor live view better. Nikon does include contrastdetection AF in live view, which means you can focus without blanking out the screen, but it’s slow compared with the phase-detection system employed when you’re using the optical viewfinder.

As a still camera, the D90 continues Nikon’s strong record in the midrange. While its videomaking is more than a little clunky, it’s the first (and, for now, the least expensive) DSLR with this capability. It’s a very worthy follow-up to the D80, and stacks up well against similarly priced cameras. If you shoot frequently at ISO 3200, you’ll like the D90’s excellent image quality, with low noise at that high sensitivity. And if you plan on shooting your child’s soccer game, the D90’s fast burst and zippy AF should help you achieve your goal.

• Sony Alpha 700 ($1,300, street, body only; $1,400 with 18-70mm f/3.5-5.6 DT lens)
Also more expensive than the D90, Sony’s 12.2MP A700 offers similarly excellent resolution and slightly faster AF through most light levels. It doesn’t match the D90’s color accuracy or low noise, though, especially at higher ISOs, where the Sony sacrifices more resolution than the Nikon as it combats noise. The A700 has a higher viewfinder magnification and a faster burst speed (5 versus 4.5 fps). 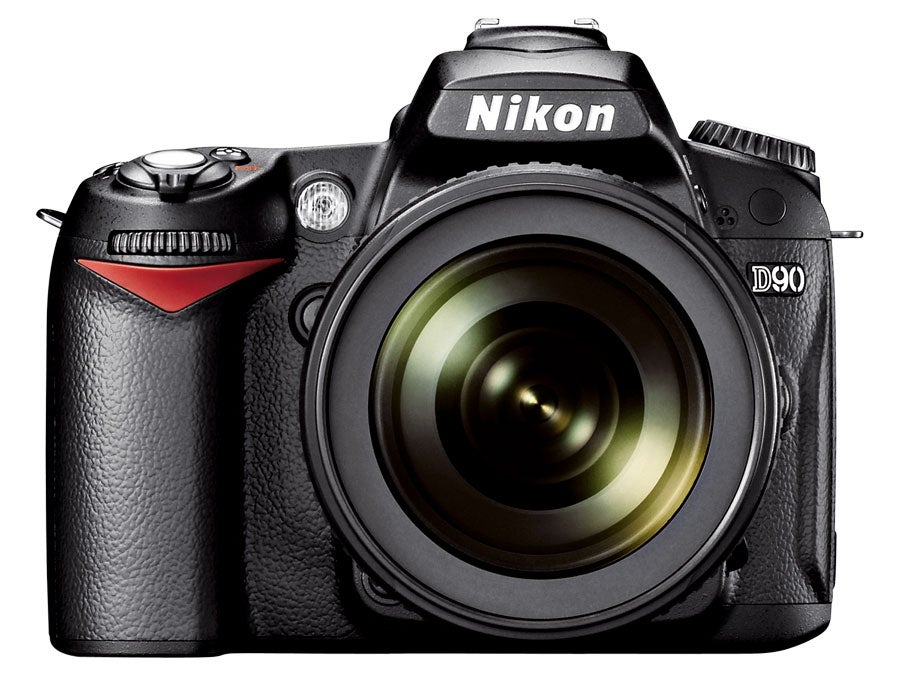 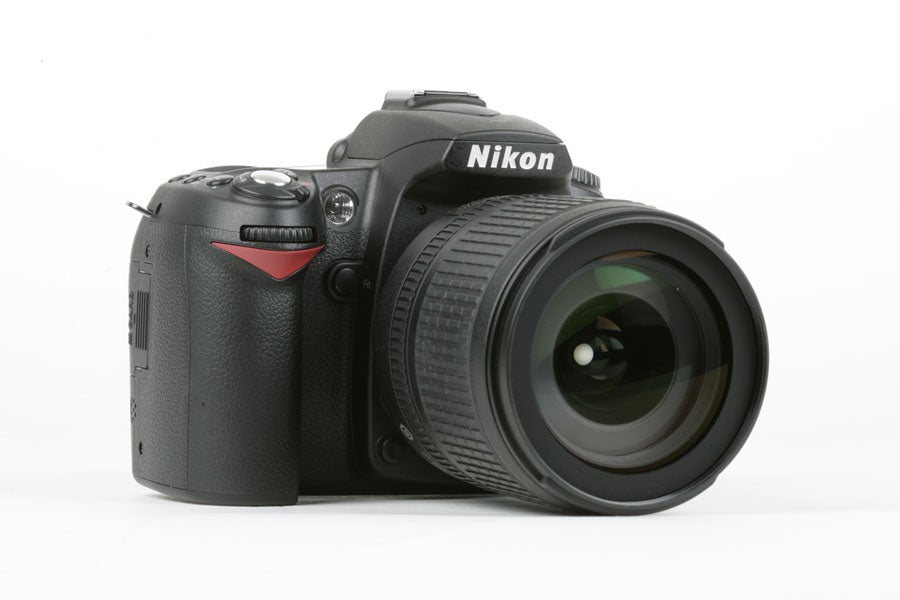 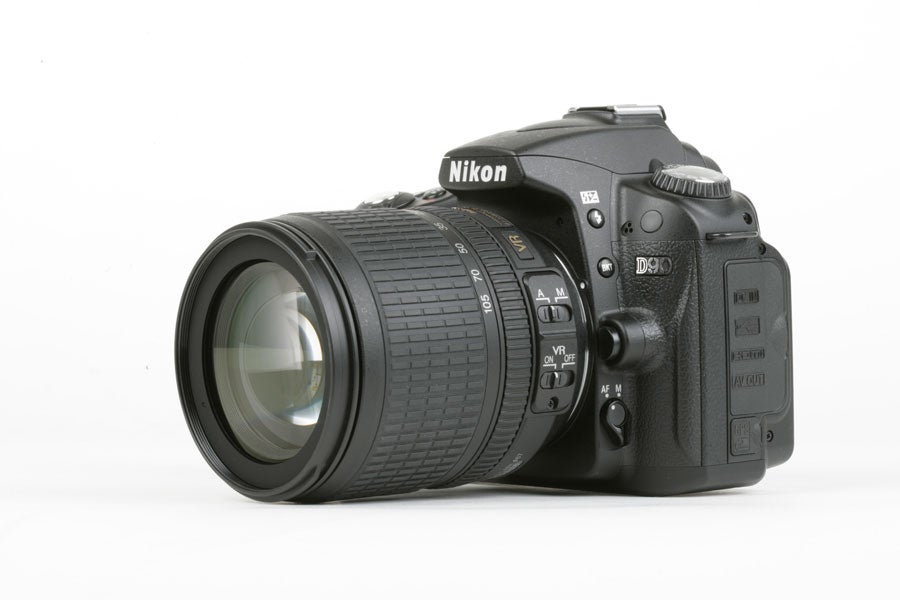 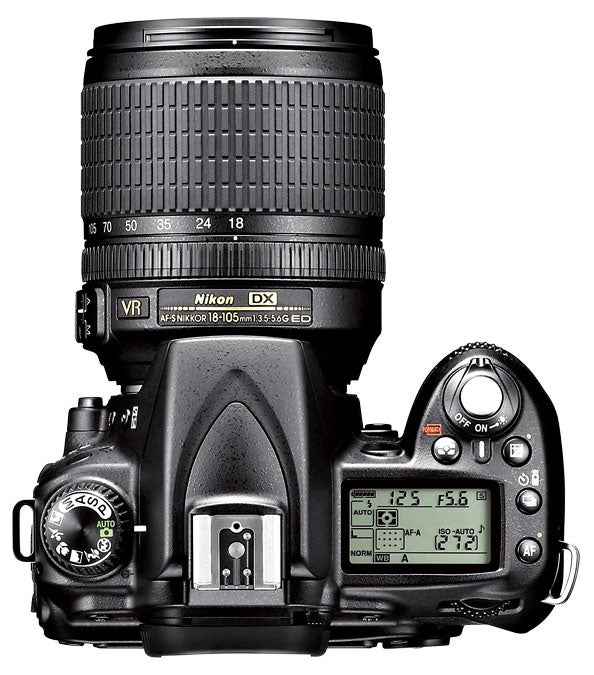 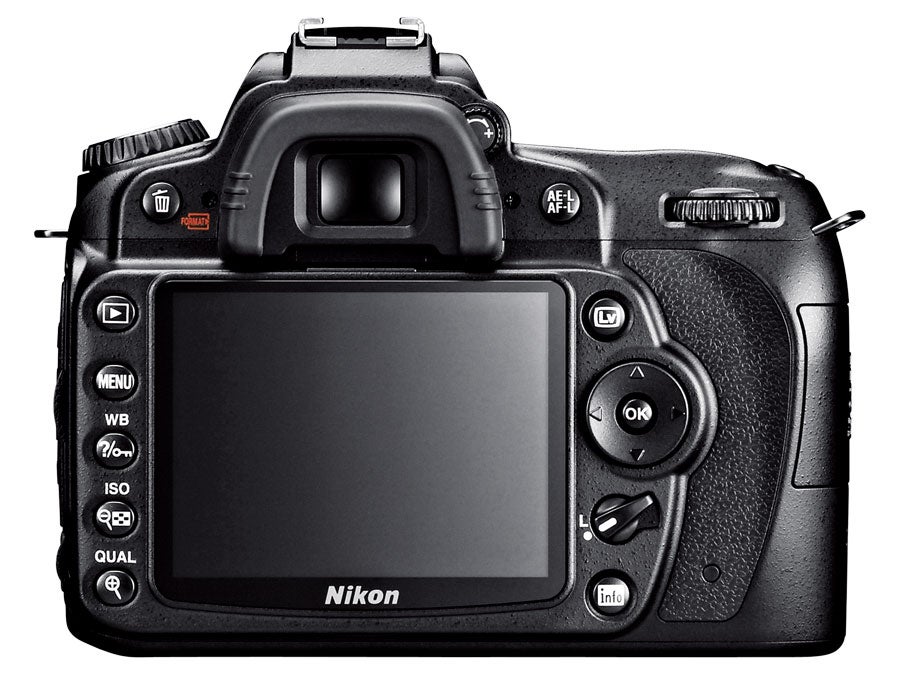