Stop the shake with this rock-solid player. 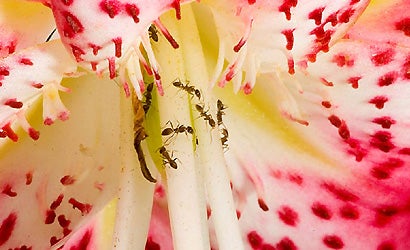 One of the most useful and praised lenses in Nikon history, the 105mm f/2.8 manual focus Micro-Nikkor of 1984 sired a line of high-speed close-up/portrait lenses, each growing in capability, size, and weight-up to this new 105mm f/2.8 ($830, street). But it goes its predecessors one better with the addition of Vibration Reduction (VR).

A 158mm equivalent when used on a digital Nikon, the lens features extra-low dispersion (ED) glass for superior chromatic aberration control and a silent wave motor (SWM) for ultra quiet AF. It’s only the second Nikkor (after the 300mm f/2.8 VR) to be upgraded with the high-tech, antireflection Nano Crystal Coating technology developed for the manufacture of silicon wafer integrated circuits. Nikon claims that this coating is extremely effective at suppressing internal reflections and flare for improved contrast and resolution.

Extremely well constructed, with a generously proportioned manual focus ring that delivers a perfectly damped MF action, the lens has a superquiet AF system that requires only minimal searching in the macro range, latching onto nearby subjects with speed and assurance. Three convenient switches give you control over focus mode (MF or AF); two focusing ranges (full, including macro, and the nonmacro range); and VR on/off. While useful, the three distance and magnification scales are small, cluttered, and hard to read.

As with most macros, at wider apertures, as you focus in the macro range, this Nikkor displays the effective-not the actual-aperture. For example, you may set f/2.8, but because light transmission diminishes significantly as you extend the lens out to 1:1, the aperture readout may show f/4, even f/4.8. You’re still getting the depth of field of an f/2.8, but the dimmer light transmission of an f/4 or f/4.8 optic. Don’t return the lens; this is normal.

IN THE LAB: SQF numbers were excellent at all apertures and output sizes-as expected. The actual magnifying power of the lens tested greater than 1:1, coming in at an impressive 1:0.7. Distortion at 10 feet, as measured by DxO’s Analyzer 2.0 system, was Imperceptable (0.05% barrel), and in the macro range was even better (0.03% barrel)-an extremely strong showing. Light falloff was gone by f/4 in both macro and nonmacro ranges, based on a full-frame sensor test. You could expect less vignetting on Nikon digital SLRs.

The Nikon’s Vibration Reduction system (VR II) offered between three and four stops of extra handholdable shutter speeds (depending on the user) at 10 feet, as determined by DxO Analyzer blur factor tests. Because the increased magnification in the macro range magnifies not only the subject, but camera shake, VR effectiveness drops off significantly at close-focus distances. At 1:1.3 (the closest we could go using the DxO system), most users saw a one- to two-stop improvement in sharpness over non-VR shooting.

CONCLUSION: Some users have griped to us about the lens’ inability to deliver its four stops of VR sharpness at close-focus. But in our opinion, that’s a moot point. We can almost guarantee that 95 percent of users shooting at 1:2 and closer will be working from a tripod, obviating the need for VR. If you’re not on a tripod, you’d better have plenty of aspirin on hand, because staring at that hugely magnified viewfinder image as it swings wildly in and out of focus with every breath you take is bound to be migraine-inducing.

This VR system is designed primarily for the nonmacro portrait range, because that’s where it’s most valuable. Don’t want VR in your macro lens? Nikon’s 105mm or 60mm f/2.8 non-VR Micro-Nikkor lenses are a more affordable alternative. For our money, however, the VR is worth the extra $170 over the cost of the 105mm, even if it doesn’t extend completely to 1:1.

READY FOR ITS CLOSE-UP: Unlike many 1:1 macros, this one is internal-focusing, so its outer barrel doesn’t move as the lens extends into the macro range. This suits it to lensmounted lights for floral close-ups.

What’s Hot
• Virtually no distortion.
• Vibration Reduction highly effective through most of the focusing range.