How To Use A Second Flash 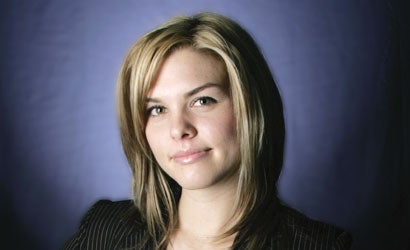 Have your lighting skills progressed so that now a single on-camera flash feels more limiting than liberating? You’ve got an inexpensive option: a second flash. Adding another light can open up creative floodgates, giving you professional effects at little cost. (The $136 flash, stand, and adapter rig described in the September 2006 Lighting column would be perfect.) Just choose — and use — your flash carefully.

THREE LOOKS: A second flash behind the subject outlined (rim-lit) her head and shoulders (left); placed a halo behind her head (center); and produced a softer hair light when bounced off the ceiling (right).

In terms of exposure, almost any hot-shoe flash will work as a second light. You’re probably shooting digital and can check exposure on your camera’s LCD, so you don’t really need TTL exposure control. If the second, non-TTL flash is too bright, manually dial down its power or add some distance between it and your subject.

The problem is actually triggering the second flash. Many SLRs and DSLRs use a preflash to determine exposure, which can cause a conventional opticaltriggering device (often called a “peanut slave”) to fire the off-camera flash prematurely. The solution? A new-generation, digital-savvy, optical slave that recognizes (and ignores) preflashes. One popular unit: the Wein PN Digital Peanut Slave ($35, street). It works with any accessory flash that has a PC-cord connection.

Putting It To Use

You’ll find uses for your second flash at events and in product photos, but most of all in portraiture.

MAIN LIGHT: With your new off-camera flash as your main light, use your oncamera flash as fill by dialing down flash exposure compensation. Correctly positioned, the second flash creates shadows below the cheekbones, nose, and chin to shape your subject’s face, something an on-camera flash alone rarely can do.

BACKGROUND LIGHT: Move the second flash behind your subject to separate the subject and background (see photos). Aim it at your subject’s back, for example, to create a white highlight (rim light) around the hair and torso; this works best against a dark background. Or aim it at the ceiling to create a hair light. You could also turn it around to illuminate the background: Against a plain, dark wall, position it to create a small circle of light behind the head (a “halo”), or use it on the background to capture the environment.

EVENTS: At, say, an indoor wedding reception or cocktail party, place your second (or third) light discretely in a corner, aimed at the ceiling. It can open up backgrounds, fill any shadows cast by your main, on-camera light, and/or overpower or dilute ambient light of a contaminating color temperature (usually fluorescents, which produce green casts). Be careful: Aiming your camera directly at perimeter lights can introduce flare.

PRODUCTS: Shooting small items? Aim your second light at the ceiling at high power. In a small, white-walled space, this turns the entire room into a light tent. Dial down the power on your on-camera flash, and use it to fill in any shadows.

BACKUP: You’re shooting your sister’s wedding, and it’s going great…until midway through the “I do’s,” your on-camera flash says, “I won’t.” It pops and sizzles, and the tube turns a scary brown. Good thing you’ve got that second flash!