How to Photograph a Party

When you photograph a party, here's how to make guests look as good as they feel. 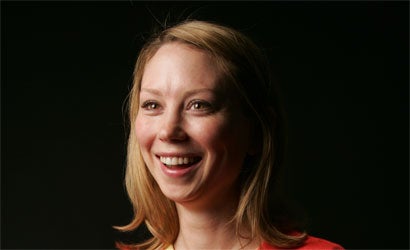 Ever been to a party and tried to capture the good times in photos? You caught friends midsentence with mouths agape, eyes shut, expressions contorted. Worse: Your flash blasted away the warm glow of room lamps, replacing it with harsh white light that called attention to every pore and pimple.

Short of interrupting the conversation and commandeering subjects (“Stand in a line, don’t talk, look at the camera, smile!”), can you improve your chances of capturing the fun as it unfolds? You bet. Although I shot these photos in the Pop Photo studio to illustrate my tips, I used the same rig I bring to parties: a Fujifilm FinePix S5 Pro, 18-200mm f/3.5-5.6 VR Nikkor lens, and Nikon’s SB-800 Speedlight flash.

1. Shoot in a continuous burst.

With subjects talking and laughing, it’s difficult to catch a flattering expression. Rather than staring at your quarry and waiting for exactly the right moment, set your camera’s continuous shutter mode and fire a burst of pictures. One will work. The trick is to minimize the flash output required for each exposure so the flash can charge quickly enough to keep up with the shutter. Get close, set a wide aperture and a high ISO, and try the flash’s manual mode at its lowest power setting (1/16 power, for example).

Working a crowded room often means shooting over someone’s shoulder. The problem? Your flash will blow out whatever’s in the foreground, distracting from your point of focus. The easy solution is to tilt your flash up for a ceiling bounce. If the ceiling is too dark or distant, pivot the shoe-mount flash head sideways to bounce its output off a nearby wall. Or, if you’re in the middle of the room, do what I did for the picture on the previous page: Hold a white sheet of paper a foot away from the sideways pivoted flash head, aiming the paper toward the subject

You’ll have all the benefits of a 16×16-inch softbox by wearing a white shirt. Instead of aiming your flash conventionally, hold your camera about 8 inches from your chest and pivot the flash to bounce off your shirt. Especially with cameras that have a live LCD preview, composing the shot is easy. Try it once, and you’ll only wear white to parties.

Slow the sync: The most important lighting tool for indoor parties, slow flash syncing requires a shutter speed slow enough to record background detail lit by the room’s ambient light. Your flash’s instantaneous burst freezes the foreground subjects, while the slow shutter speed opens up the room beyond. If the room is lit by tungsten lightbulbs, the result of “dragging the shutter” will be a warm, amber glow. Caution: Don’t do this with subjects who are too animated. Their movement can create ghosting (or blur) while the shutter is open.

Ask Peter Q. What kind of flash bracket should I buy: flash-or camera-flip?
A. Flash brackets make a single unit out of camera and flash, often with a soft, comfortable handle. Both keep the flash over the lens, oriented either horizontally or vertically. If your flash is lighter than your camera, get a flash flipper; if it’s heavier, get a camera-flipper.