Is there more than an extra "zero" separating these two Nikon compact digicams? 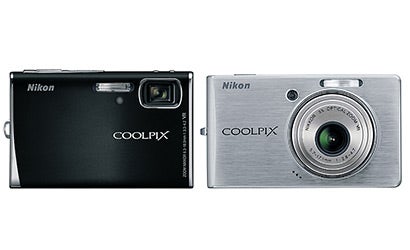 I had to wonder too, since the names are so similar, would people mistake one for the other and if they did, would they be as happy with the camera they thought they were getting? There’s a lot of communal technology shared between these two cameras and in most aspects they are almost identical internally, yet packaged differently. Still, there are subtle differences that can move a consumer to choose one over the other and by researching the differences, you can ensure that what you pay for is really what you wanted.

The confusing nomenclature of these two cameras is only aggravated by the differing S50 models. There’s the S50 and the S50c. The “c” designates the wireless model that allows you to connect, upload and send images from Wi-Fi hotspots. This feature allows the user to locate a wireless network SSID and either e-mail images using the Nikon Coolpix Connect 2 or store them on a photo file server. The S50c also allows the user to use WEP wireless security, which enables the camera to register with secured networks. It’s a great feature that begs the question: Why does Nikon market a “with” and “without” version — with just about a ten dollar price difference (on store shelves, that is — list is about $50 apart). Just give us the wireless already!

The 7.1 megapixel S500 is a “Camera of Steel.” The entire body is made of high grade, thick stainless steel that feels rock solid in your hands and has a surprisingly weighty feel to it. The S500 is also considerably boxier than the S50 and is almost utilitarian in its simplistic design. The backside controls on the S500 are also more graphically muted than the S50, having a 2.5 inch (230,000 pixel) LCD viewfinder/screen and button design/function keys that are noticeably larger than the S50. The zoom toggle has a longer width on the S500, but is thinner vertically than the S50, making zoom functions on the S500 more difficult. Yet, even with that one shortfall, the S500 is the overall winner in button placement and design.

The 7.2 MP Coolpix S50 has some thoroughly modern design elements and features a sexy, black satin finish that oozes luster in between the highly polished chrome embellishments. It’s a good looking addition to any pocket and the chrome treatment for the buttons and components gives it that air of sophistication that few can ignore when it’s pulled out for a snapshot. Flipping the S50 over, you see the generous 3-inch (230,000 pixel) LCD viewfinder and viewing screen and to the right, an additional collection of chrome buttons that feel solid and ergonomically well placed but small in comparison to the S500.

A stand-out feature on the back panel of both cameras is the function button, which turns either clockwise or counter clockwise and allows you to scroll through menu selections. The readouts on the screens of both cameras are identical as well. The text and graphics on the LCD are oversized and incredibly easy to view under almost any lighting condition. The menu makes sense and is intuitive, even for inexperienced users. One of my favorite functions using the menu is reviewing the images. In review mode, the images are contained in a small semi-circle, and rotating the function button either clockwise or counter clockwise advances the image preview in the same direction and then shows a larger version when you stay on the image.

Nikon also decided to make the 3x (35-105mm f/2.8-4.7 35mm equivalent) lens on the S500 telescopic and because of this, the lens has a deeper profile in comparison to the S50. This can be a blessing in disguise though, because you eliminate the right angle mirror and in my judgment, there was a subtle difference in image sharpness apparent on a high resolution Trinitron monitor. The S50 has a low profile, 3x (38mm to 114mm f/3.3-4.2 35mm equivalent) lens that using a right-angle mirror to zoom internally. This allows the lens elements to move along the width of the camera, helping maintain its thin profile regardless of the zoom power you’re using. In lens design, the S500 differs from the S50 by having a very fast f/2.8 maximum aperture, yet is slower than the S50 with a sluggish f/4.7 on the telephoto end of the zoom rack compared to the S50’s f/4.2.

Nikon does make attempts to enhance the sharpness in both cameras by incorporating true Vibration Reduction (VR) technology. In many competitively priced compact cameras, manufacturers claim to have “image stabilization” by upping the ISO, which allows faster shutter speeds to be used when making an image, thereby showing less blur, but at the cost of increased noise and decreased resolution. The S50 and S500 are different in that they use a type of VR technology that Nikon installs in its premium DSLR lens line.

This system works by incorporating two motion sensors — a pitch sensor, which detects vertical movements, and a yaw sensor that measures horizontal movement. These two sensors can also combine to detect diagonal movements as well. The sensors take readings 1,000 times a second and adjust the lens elements to correct for hand shake or motion blurring by instantly moving the floating element to compensate for the camera movement. The VR system is most effective at moderate focal lengths and lower shutter speeds. This allows the typical user to shoot a full stop or two lower in comparison to conventional lenses without vibration reduction and without impacting image quality significantly. Having the ability to incorporate this kind of technology into an area about the size of a deck of cards and about half as thick is pretty amazing. This can be an important consideration for the casual shooter because it allows image making at lower ISOs, which should give you higher image quality with less noise.

Like many of their counterparts, the S50 and S500 allow you to shoot NTSC quality video and store it on a SD card. One item that I found as a hidden jewel in these cameras is that the VR technology works for the video too. Because of this the video had surprisingly little shake, even though I went out of my way to cause camera movement during the recording. The images are sharp and showed little vertical smear, common in many similar cameras with video capabilities. Both cameras are also capable of shooting video at half resolution (320x240pixels) or quarter resolution (160×120 pixels), and have a nifty stop-motion sequence shooting mode that can be set for 5, 10 or 15 frames per second playback. Also included in both cameras is a time-lapse shooting mode that can record images at 30-second, one-, five-, ten- and 30-minute intervals.

Both cameras also record audio only and have 15 different scene modes that for the most part are run-of-the-mill. One exception is the “Panoramic assist” mode, which is one of the friendliest ways to ensure that the images you stitch together match up. Nikon does this by allowing you to shoot up to three frames for use in a panorama. Shoot the first image and after a second of processing time, a transparent image covers either the left or right third of the viewing screen, depending on which direction you’re panning. Simply match up their area with the live scene and shoot your next frame. A new transparent image emerges to allow you to match the scene for the third frame. Hopefully Nikon will consider incorporating this feature into its DSLR line.

Both cameras can shoot from 7MP down to VGA Screen resolution (640×480 pixels), and both also have a 16:9 mode that allows you to show images on a HDTV without distortion. Both cameras are a little skimpy on color space modes as well, giving the user the option of a normal color mode and a saturated mode. If you want to shoot monochromatically, you have the choices of true black and white, sepia and “Cyanotype,” which is really a blue-bias duotone.

Not surprisingly, both also have facial recognition abilities and “Anti shake” features, which work differently from the VR abilities previously mentioned. The Anti shake mode automatically ups the ISO to 1600 and puts the camera into BSS (Best Shot Selector) mode. BSS takes a sequence of ten images and selects the best by analyzing each image for sharpness and focus.

In the facial recognition mode, the camera searches for the one most prominent face within the scene and adjusts the exposure setting to optimize that face. It’s a nice feature on both cameras, but we’ve seen more robust facial recognition features in other cameras. Facial recognition in these two digicams is simple to use, but doesn’t really illustrate that it’s found the face that you want it to find by highlighting and boxing the active area. Outside of the MacIntosh-like smiley face flashing on screen, you really don’t know if the camera has found the face.

So, you’re asking yourself why should you spend the extra $50 for the S500? Only do it if things like a faster wide angle lens, better build quality and larger buttons are what you’re looking for! The build quality of the S500 is solid, owing to the high quality materials Nikon used to encase it in. It feels amazing in your hands, so before making your decision to save $50, go to your local camera store and play with it. The maximum aperture of the lens in the S500 is also considerably faster at the wider focal lengths. If you typically shoot in scenes that have lower light levels, this may be reason enough to buy the S500. Half a stop can be significant in the world of point and shoot cameras. The idea is to shoot at the lowest ISO possible to keep noise levels down and image quality up. Combine this with the VR abilities and the advantages become worth the extra President Grant you’ll shell out.

The S500’s overall image quality was also pleasing enough to give it the advantage over the S50. This is likely due to a design limitation of the internal zoom point and shoots because optically, the right angle mirror is one more element that the photons must maneuver through while traveling to the sensor for recording. The differences become apparent when viewing two like-prints side by side, and the S500 emerges as the real winner. 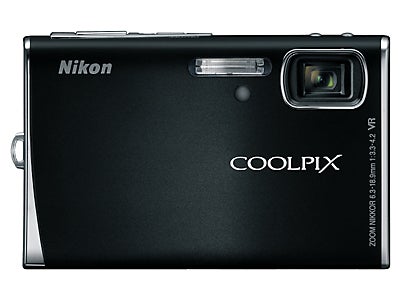 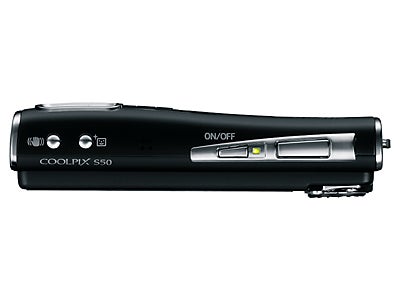 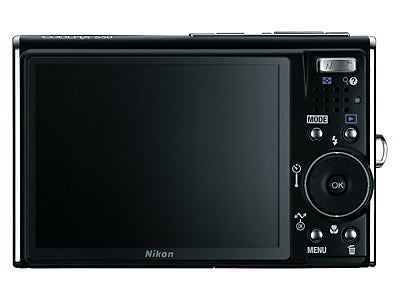