Canon's tough new pro model demonstrates its speed and power in the field. 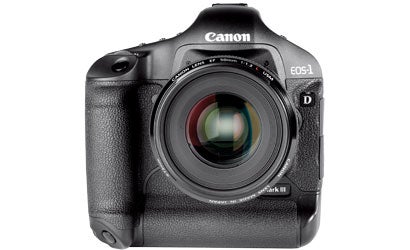 Every pro dreads low-light, “no flash allowed” assignments. Unable to control light or add flash to a dim theatre, gym, wedding chapel, or news event, you’re forced to choose a faster prime lens, boost ISO sensitivity, or even manually focus to the anticipated action point. All three choices are trade-offs: Most prime lenses limit field of view; boosting ISO over 1600 can produce ugly noise and color oddities; and manual prefocus is hit-or-miss.

For those reasons alone, many pros will be drawn to the new lowlight champ — the 10MP Canon EOS-1D Mark III ($4,495, street, body only). This camera fires bursts of more than 100 high-quality JPEGs at 10 frames per second. It also packs a super-fast 45-zone AF system, advanced noise reduction, ISOs up to 6400, and split-second response from every control enabled by two DIGIC III processors.

Add to that a rugged, weatherand dust-sealed body, a wide-view 3-inch LCD, and Live View mode, a feature that until now few pros have had.

Of course, lists of specs and features don’t do a camera justice. Its mettle is best shown in field and lab tests. We’ll post results from the Pop Photo Lab’s image quality, noise, and AF tests as soon as we get a production model of the Mark III. But the fully functioning, preproduction unit that we recently secured left us wondering how it could be improved.

The viewfinder’s large, bright image is similar to those in other EOS-1D series cameras and vastly superior (in brightness and eye relief, but not magnification) to most sub-$1,000 DSLRs. It’s easy to read crucial exposure data, and the display includes a side-mounted exposure scale and image format settings in addition to maximum number of burst frames.

The Mark III turns on and is ready to shoot in a split second (0.2 sec, says Canon), and an animated graphic appears on the screen at startup and shutdown to indicate that the CMOS sensor is being “shaken” for 3.5 sec to remove dust.

As a field test, we photographed 11-year-old Adam Medla — the 2006 ATA World Weapons Champion — practicing at Robinson’s Taekwondo school in Wappingers Falls, NY. Handholding the hefty 2.5-pound camera body with a relatively heavy 28-70mm f/2.8 Canon lens was nearly as much of a workout as Adam got. But the camera system is well balanced, and large grips and rough surfaces make it easy to hold.

Because there were other students in the room, we couldn’t set up hot lights and had to rely on warm fluorescents. Could the camera’s 10 fps burst mode and a high shutter speed capture a stop-action sequence of Adam kicking and breaking boards?

Right away, we got good shots of Adam in a spinning back kick, and we were impressed by the autofocus system’s ability to track him as he flew across the field of view. Canon claims that the Mark III has the most advanced AF system it has yet produced, and it acts the part. The 19 cross-type sensors among the 45 AF zones add sensitivity and improve tracking. Despite obvious detail in the background that would fool many AF systems, nearly every image had Adam in focus. However, when the AF system is set to AI Servo and the subject rapidly changes distance from the camera (coming towards or away), the burst rate occasionally slows down.

The preproduction camera’s exposure was spot-on in most images, and it varied (as did the white balance) only as the imperceptible flickering of the fluorescent lights caused the scene to range from yellow to slightly blue (see photo sequence, opposite page). The human eye adjusts for this flickering, but when shooting at 10 fps, it may happen too rapidly for the Mark III’s auto white-balance system to keep up.

Within an instant of shooting a burst of 10 to 15 highest-quality JPEGs, the entire sequence was ready for review on the LCD. (At ISO 3200, JPEGs averaged 4.5MB per image, so the camera wrote more than 20MB per second to a 16GB SanDisk Extreme III card.)

That compression and storage speed is a benefit of dual DIGIC III image processors, and we expect other benefits to become obvious in lab noise tests. There are both CF and SD card slots (with support for SDHC cards), so you can store versions of the same image with different resolutions on either card.

Sports shooters and photojournalists may not use the Live View mode very often, but portrait, nature, and architectural photographers will find it convenient. The AF system doesn’t work in Live View mode, but the 5X and 10X zoom function lets you manually focus precisely on macro subjects without interfering with ambient light.

We also liked the function that darkens or lightens the display to mimic exposure settings. But beware: Live View runs down the battery (CIPA ratings drop from 2200 to only 350 shots).

In all, if you’re a pro who craves speed and can’t tolerate failure or even slightly out-of-focus images, get in line for this Canon now. 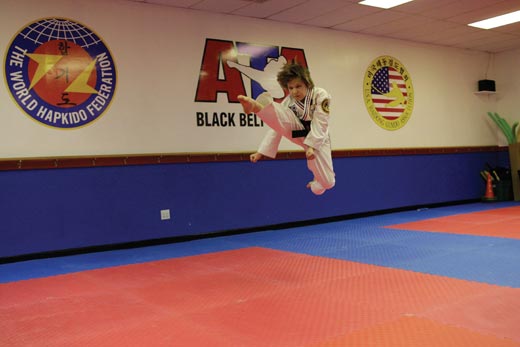 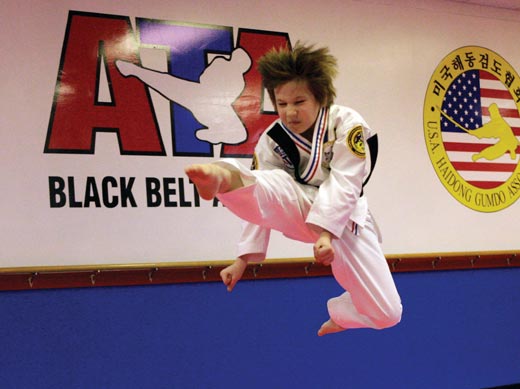 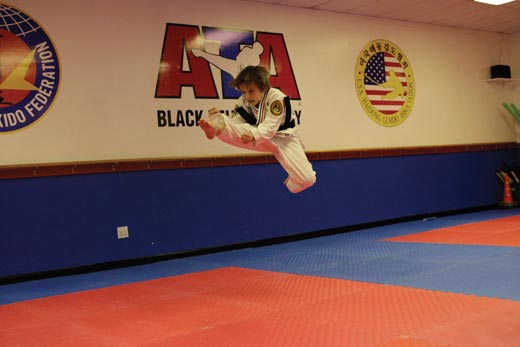 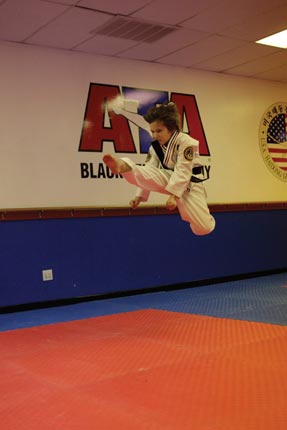 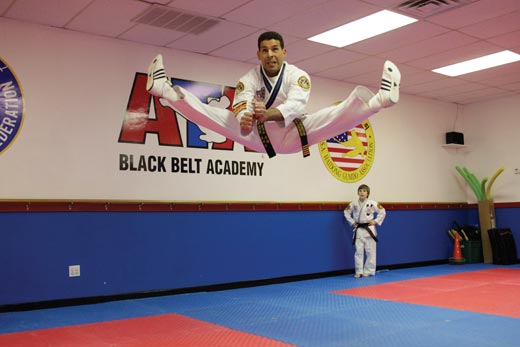 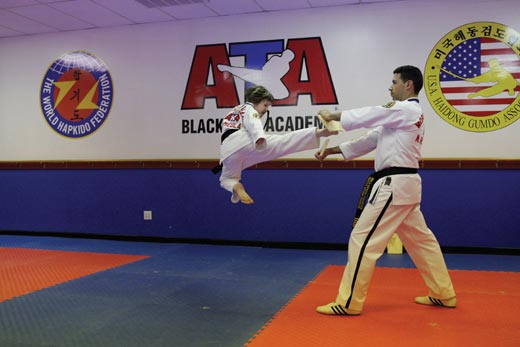 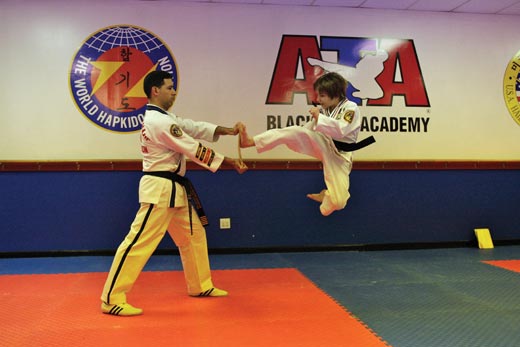 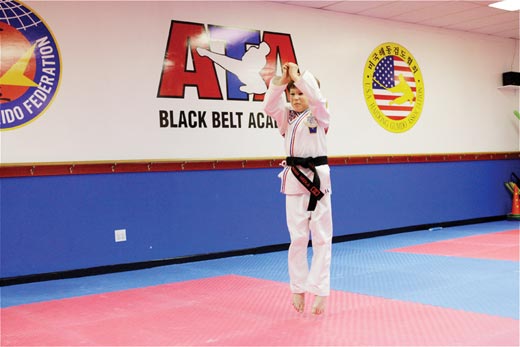 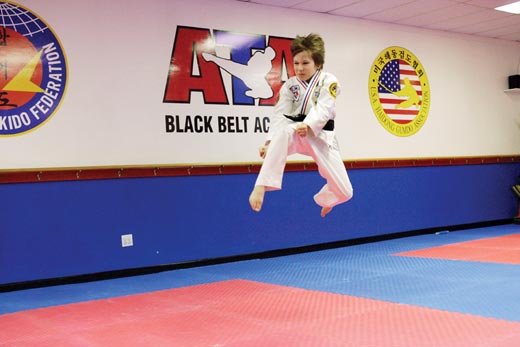 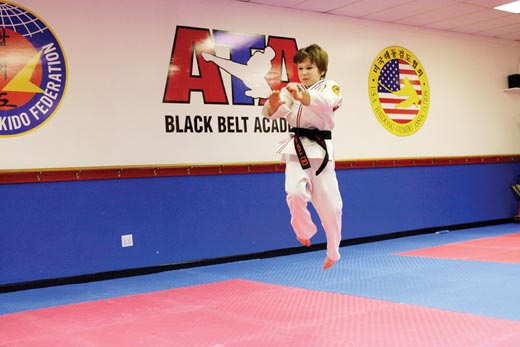 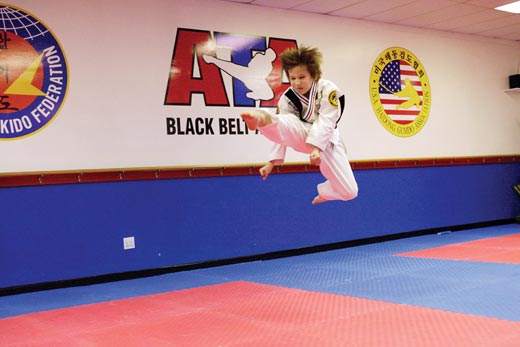 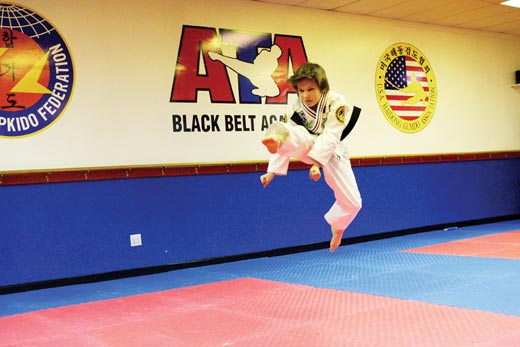 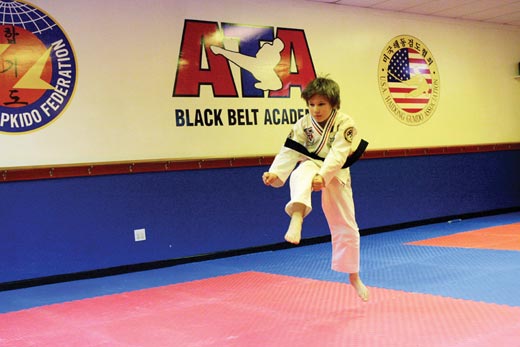 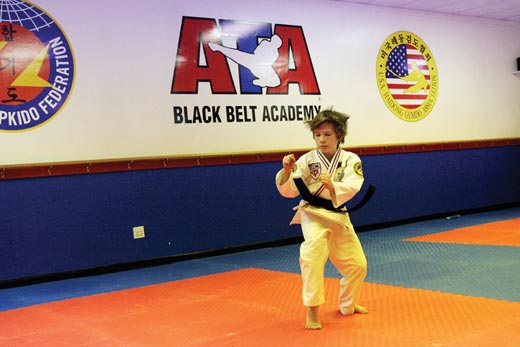