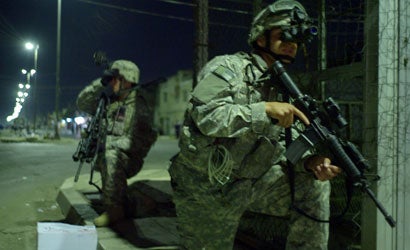 Ever since the advent of digital photography, I’ve been told over and over that Leica rangefinders are for playing, or for wearing as jewelry at meetings with important editors. I held out on switching from film as long as I could, traveling to Afghanistan, Kosovo, and then Iraq shooting exclusively with my Leica M6 and Leica M4-P. After the 2003 invasion, however, I was forced to face the reality that a nobody photographer shooting on film and in black and white was not going to sell a single frame.

So I invested in digital. For a year I tried to balance using the two mediums, but eventually I turned into just another Baghdad photographer, lugging around huge digital bodies and bitching about the artist with his Leica who’d occasionally pass through Iraq.

I know the “it’s not the camera, it’s the photographer” truism, but I hated shooting with my digital SLR. My cameras were constantly being serviced (for what seemed like eons at a time), and the lenses weren’t suited for manual focusing like the older lenses. And often simply walking into a room with a camera as big as my head would, at least initially, alter the mood.

In preparation for my most recent rotation in Iraq, Leica USA loaned me a couple of Leica M8 bodies, the company’s first digital rangefinder. I tested them around New York before I left. To be honest, I was a little nervous about using them in a combat zone: unlike modern DSLRs, they don’t shoot a million frames a second. They capture, process and transfer data slower than what I am used to, and the white balance requires adjustments for even the most minor light changes. Having used D-SLRs for the past few years, I had no problem adjusting to the 1.33x crop factor, and for most of the trip I used a 28mm and a 50mm (or after the conversion, roughly a 35mm and a 75mm).

Of course these are things you only worry about when you have the luxury of time and safety in New York. From the second I started shooting in Iraq, I was thrilled. The M8 is light, unobtrusive, quiet, and tough. Using it is virtually the same experience as shooting with Leica film cameras, right down to the base plate you need at least one fingernail to open (a problem for this nail-biter, since the plate covers the memory card slot and battery chamber). The Leicas are so discreet that my presence was dramatically less obtrusive. This was especially helpful in Iraq, where suspicions of the press can easily translate into violence against us.

There are drawbacks, however. The buttons on the back of the camera kept getting accidentally pushed by the zipper that held my flak jacket on, and more than once I looked at the screen and there would be a message asking “Delete?,” which meant the display button had been pushed and then the delete button. I imagine this wouldn’t be a problem for users not wearing body armor. Also, I tend to change lenses pretty often, and inevitably dust sticks to the sensor, creating dark spots in the pictures, but that’s been the case with every digital I’ve used. The battery life isn’t ideal either. I could only shoot about three or four gigs (about 250 images using the DNG + JPEG fine setting) before having to switch out with a fully charged pack.

The magenta tone taken on by certain synthetic materials, the most widespread complaint about the camera, was evident because I was shooting without the corrective filters Leica now supplies. But at times this was actually quite entertaining. One day, I went to a lunch party with dozens of important Iraqi politicians, some of whom are exorbitantly wealthy and speak highly of their Saville Row tailors. With their Rolex watches, Cuban cigars and well-cut suits, they looked the part to me. The M8, though, saw Rolex watches, Cuban cigars and well-cut polyester suits. Though the magenta casts were annoying at times, the problem isn’t that bad, and it’s corrected easily enough in Photoshop.

The Leica M8 is surprisingly rugged. I was worried I’d destroy one or both on the trip, but they appear to be as hardy as my old M4-P, which has had a longer life than any of the other bodies I’ve put through torture tests in Iraq and elsewhere. During the last week of this past rotation in Iraq, I spent some time in Ghazaliya, one of the most dangerous neighborhoods in Baghdad. I was out constantly with American and Iraqi patrols who collected booby trapped corpses, detained suspected insurgents, raided houses, and respond to emergencies as a “quick reaction force.” The cameras didn’t have the slightest issue with any of it.

The final test came when I began following the case of a couple of detainees who’d been picked up one day. I noticed severe lash marks on one man’s back and discovered Iraqi officers were routinely abusing their prisoners before handing them over to the Americans to take their confessions. During an interview with the Iraqi commanding officer about the abuse, not a preferred subject in any interview, his aide “accidentally” pushed one of my M8s from a table. It dropped four feet to the hard marble floor. I tested it with a few frames: the first frame showed an image, but it was all pink, and the second was a little orange, but on the third frame, the image sensor had corrected itself.

In my opinion, Leica has created a perfect transition to digital from its M-series film cameras. The Leica M8 is just as small, almost as durable, and as easy to use as its film predecessors, and it yields an incredible file in both size and sharpness. As someone who has hated the transition from my old Leica kit to digital, the M8 is my ideal camera to marry the elegance and robustness of the M series with cutting edge digital technology.

Mind you, with a $5000 price tag, if you’re just looking for a necklace, you might be better off at Cartier.

— Ashley Gilbertson is a freelance photographer who has been working in Iraq since 2002. His first book, “Whiskey Tango Foxtrot: A Photographer’s Chronicle of the Iraq War,” published by the University of Chicago Press, is due out in October. 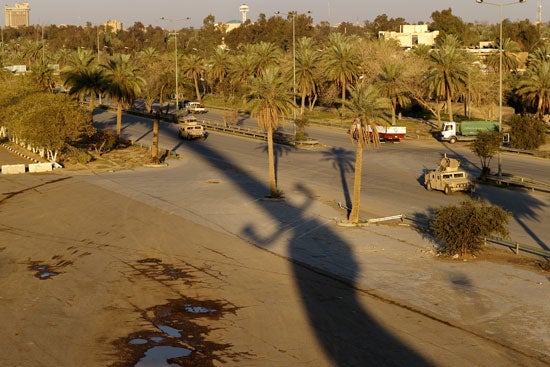 Extreme Field Test: Leica M8 in IraqThe Victory Arch, a monument built by Saddam Hussien 18 years ago at the end of the Iran/Iraq war, casts a shadow over Baghdad’s green zone in March. 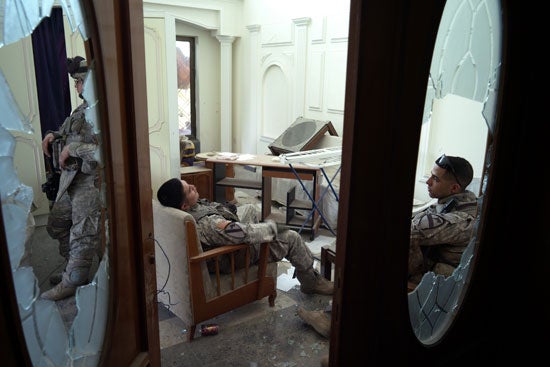 Extreme Field Test: Leica M8 in IraqAmerican soldiers relax during a patrol in an Iraqi home that had been converted into an Iraqi army outpost. 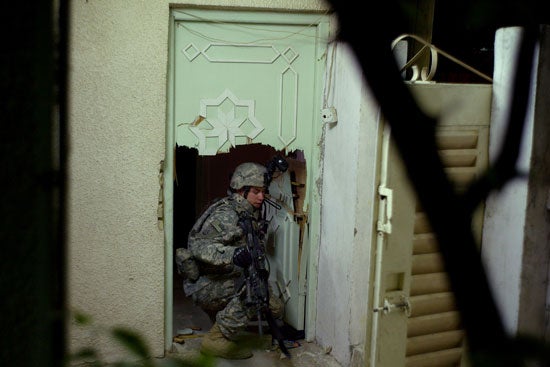 Extreme Field Test: Leica M8 in IraqSoldiers kicked in the door to a house during a raid and found a startled family of four. They left a broken front door, and the address of an office in the green zone where the family could ask for compensation. 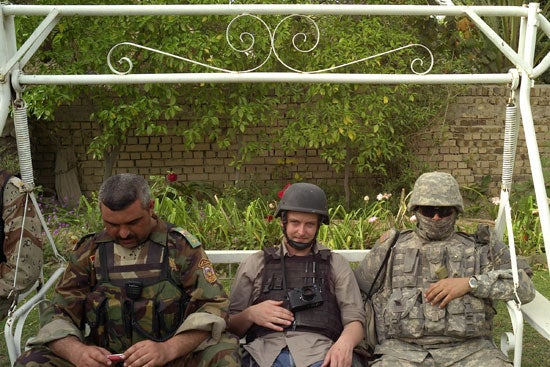