Nondestructive editing is the buzz phrase in the big world of imaging software. Adobe’s Photoshop Lightroom joins a new generation... 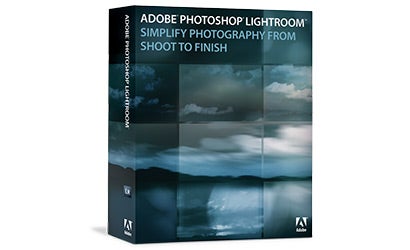 Nondestructive editing is the buzz phrase in the big world of imaging software. Adobe’s Photoshop Lightroom joins a new generation of programs that make it possible, from Apple’s Aperture 1.5 to last year’s Nikon Capture NX. Edit without fear.

If you’ve ever wondered why so much in Photoshop has so little to do with actual photography, it may all have been in anticipation of Adobe’s powerful new workflow program. Like Apple’s Aperture, last year’s most impressive software, Lightroom organizes, processes, fixes, prints, and shares your images — handling RAW-format shots just like any other kind of file. It does all its fixing non-destructively, allowing you to go back and rework your pictures again and again. Its refinement and smooth operation clearly reflect the wisdom gained from Lightroom’s year of free public beta testing. So will it make you hang up your Photoshop for good? If you rarely dodge, burn in, or make composites — in other words, if you don’t work locally on different areas of your image — you may never need Photoshop again. On the other hand, serious retouchers should consider Lightroom for its organizational, printing, and Web prowess alone. About $300.

Aperture 1.0 revolutionized the way serious photographers work with digital images, by combining nondestructive RAW processing with key production and creative tools in a single, flexible workspace. The original program was limited, however, by a proprietary image library closed to other applications. This year’s dramatically improved version addresses that flaw by allowing you to store your pictures anywhere you choose. And unlike the first iteration, Aperture 1.5 runs on every computer Apple currently sells. It should really be called Aperture 2.0. About $270.

The main users of this program have been artists and illustrators. Why would we include it here? Because photographers have been missing out on a powerful tool that lets them apply a range of painterly effects to their images that is far more extensive and varied than what you get from typical image editors. Just as important, Painter X integrates with Photoshop. And if you’re a novice, you can have the Smart Stroke feature apply brushstrokes automatically in keeping with the photo’s internal shapes, which it does with a surprisingly human touch. About $420.

This unique image editor is a great fit for photographers who’ve migrated to digital from the traditional darkroom. Its simple, straightforward interface lets you easily identify the areas you want to fix based on their tonal value. Working with a grayscale version of your image (color or black-and-white) called a zone map, you lighten or darken the brightness of those areas with a slider on a gradient tool. If you want to alter the tone only in a specific part of the image, rather than everywhere that tone occurs, you can use one of LightZone’s selection tools to quickly define the area. (Unlike Photoshop and much like Apple’s Aperture, the tools you use stack up on a palette and can be edited without affecting original pixels.) However you make such selections, our experience is that they’re very accurate, probably helped by the software’s automatic tone-sensitive feathering. Basically, LightZone simulates an optical printer’s thought process and approach. About $100.

An operating system isn’t imaging software, we grant you. But Microsoft’s long-promised OS is having a big impact on the post-production lives of PC-based photographers. You know how Windows XP ignores your RAW files if you use its photo importer? Not so with Vista. The new OS handles RAW just like any other kind of image file. Download the codec from your camera’s manufacturer (to find it google “nikon vista codec,” for example) and you’ll be able to preview those files in Windows Explorer, import them as is into Microsoft Office 2007 apps, and sort them with the new Windows Photo Gallery feature. Gallery is a great supplement to a Photoshop-heavy workflow, because any tags and star ratings you add to its images’ IPTC data will be visible in Adobe Bridge and searchable from anywhere in Windows. Gallery also lets you fix photos without changing the original data, good for times when you don’t want to go into Photoshop for rush touch-ups. From $200.

How do you choose between Lightroom and Adobe’s new, improved Photoshop? If you rely on Photoshop for serious retouching, and never upgraded from v. 7.0 or the first generation of CS, CS3 makes a compelling case for sticking with the classic image editor. It’s the first release in years to feature significant improvements to the Photoshop interface, and with improved versions of both Bridge (the image browser) and Camera Raw (the RAW file converter), you’re really getting three excellent pieces of software for the price of one. CS3 also has Photoshop’s first-ever dedicated black-and-white converter, which brings much more control and refinement to the task than the usual methods. Another favorite is an automatic layer alignment tool that lets you make high-dynamic-range images — seamless composites with a brightness range impossible to capture in a single exposure — from bracketed handheld photos, no tripod required. About $640.

Plug-ins take a lot of the hardship out of image editing. That’s not lost on French software innovator DxO Labs, whose powerful Optics Pro automates such complex tasks as reducing chromatic aberration, correcting perspective, and reducing noise. So when they were working on a new app that would allow digital photographers to simulate the look of particular films, we weren’t surprised that their research included measuring film grain with an electron microscope. DxO FilmPack gives digital images the qualities associated with classic emulsions such as Velvia, Kodachrome, and Tri-X, as well as lesser-known films of varying speed. You can choose a given film’s color palette minus its characteristic grain, if you like, or even combine the palette of one film with the grain of another — Velvia color with Tri-X grain, for example. The program even factors in the output size of your image when it adjusts the diameter of the grain it is simulating! About $70.

Increased image noise is inevitable at the high ISO settings so useful for low-light handheld shooting, and that’s where this program can help. It relies on the same U Point technology that Nik contributed to Nikon’s Capture NX — allowing one-click selection and automatic noise reduction of specific areas. You can vary the degree of reduction from one tone or color to another, according to how pronounced the noise is, keeping areas that look fine from acquiring artifacts related to the sharpening process. You can even apply noise reduction with a brush tool. About $100.

Image Rescue has long been the go-to program for photographers who fear all may be lost. It recovers and repairs damaged files on memory cards, even resuscitating photos you thought were long deleted (provided you haven’t overwritten them by filling up the card). Image Rescue 3 is a totally redesigned and faster-working version of the program that can now salvage video and audio files too. Even if your memory cards are in working order, regularly wiping them clean with the software’s Secure Erase can help maintain their performance. About $30.

Fisheye lenses take in an angle of view of up to 180 degrees, but that coverage comes at the cost of distortion — the bulge that gives them their name. Rectilinear wide-angles keep straight lines from bending but don’t go as wide as fisheyes and cost much more. If you want super-wide coverage without the distortion or the high price, run your photos through Fisheye-Hemi, which has plug-ins for full-frame and circular fisheye lenses. The program not only straightens the fisheye’s extreme curvature but does so without the usual need to crop either side of the image. About $30.

When your pictures need more after-the-fact resolution, you’ll often get better results with a specialized plug-in than an all-purpose image editor. Through an unintimidating interface BlowUp lets you size up CMYK, LAB, Duotone, and Grayscale files, in addition to the usual RGB, with smooth, sharp results.

Healing, softening, warming, and otherwise retouching portraits in Photoshop can be arduous, especially if you have a lot to do. Imagenomic’s time-saving plug-in does an excellent job of automatically smoothing and toning skin.

The go-to company for great Photoshop plug-ins, onOne makes Genuine Fractals (the king of image interpolation), Mask Pro (for easy isolation of complex shapes), PhotoFrame Pro (for adding and manipulating borders), and Intellihance Pro (for fast image improvement). This new product gives you all of them as a plug-in suite for Photoshop. (A version for Elements users is available for $60.)

For photographers new to image editing, this program is a good place to start (if you eventually want to learn Photoshop) and a fine place to stay (because it offers many of its big brother’s best features). This much-enhanced new version even has an introduction to Curves.