Click photo to see images of all the Editor’s Choice 2007 products. For imaging tasks, the main attributes you want... 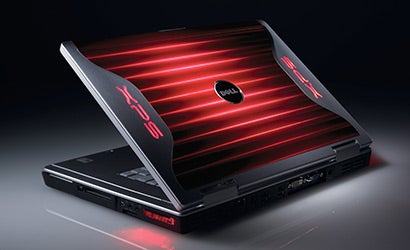 For imaging tasks, the main attributes you want in a computer are speed, power, and storage capacity. Fortunately, each of these is abundant in new models, as evidenced by this year’s Editor’s Choice group. Photographers will want a swift processor chip (1.66GHz or faster), plenty of RAM (random access memory), and ample internal storage (upwards of 100GB is now common). Location shooters will also want portability, so the proliferation of laptop (notebook) models, which are included here, is more good news.

Other considerations for computer-shopping photographers include photo-centric connections: Many computers now have ports that meet the new, higher-speed IEEE 1394b standard (also known as FireWire 800 in Mac-speak), along with the more common IEEE 1394 (FireWire 400) and USB 2.0. Some optical drives now take advantage of HD-DVD or Blu-ray technology. (Many such innovations are available as add-ons; see Storage and Display.) When it comes to digital imaging, what once may have seemed like bells and whistles can quickly become computing essentials.

With a stylish two-toned case and a big 17-inch screen, this flashy contender is the perfect choice for Windows-based location photographers who want the raw power of a desktop model in a portable machine. It’s available with a 2.33GHz Core Duo processor, up to 4GB of Dual Channel 667MHz DDR2 SDRAM, and a 250GB SATA hard drive spinning at 5,400rpm. For PureVideo HD viewing, you can get the XPS M1710 with Blue-Ray Disc capability. Dell’s new notebook has one IEEE 1394 (FireWire 400) and six USB 2.0 ports; a Combo Drive with 24X/10X/24X CD-RW and 8X DVD-ROM; and a 15-pin connector for hooking it up to an external monitor. At 8.7 pounds, it’s no lightweight. About $2,500.

If you’re a Mac user who wants the ultimate in speed and power, here you go: The MacPro tower is ready-made for imaging software such as Apple Aperture 1.5 and Adobe Photoshop Lightroom 1.0 (see software). It’s available with two 3.0GHz Quad-Core Intel Xeon processors; multiple graphics card configurations; and 1GB of 667MHz DDR2 ECC fully-buffered DIMM memory. (With eight F8-DIMM slots, the Mac Pro can be expanded to handle a whopping 16GB of memory.) The standard hard drive accommodates 250GB, but the Mac Pro can be configured to hold an amazing 3TB (that’s three tegabytes!) of internal storage using all four of its hard-drive bays. It has a built-in 16X SuperDrive (DVD+R DL/DVD±RW/CD-RW); ports include two for FireWire 800, two for FireWire 400, and five for USB 2.0. Oh, and it looks way cool. From about $2,500.

The all-in-one iMac fits its entire contents within the 1.5-inch depth of its flat-panel screen, saving lots of desk space yet providing a huge 24-inch (diagonal) widescreen workspace with 1920×1200-pixel resolution. The iMac’s base configuration includes a 2.16GHz Intel Core 2 Duo processor (which can run both Max OS X and Windows), a 250GB Serial ATA hard drive, an 8X SuperDrive dual-layer DVD writer, the ability to drive a second monitor, and 1GB of RAM. (We’d suggest adding more, up to 3GB.) You also get Airport Extreme Wi-Fi, Bluetooth 2.0, FireWire 800/400, and a built-in iSight camera for video chatting. It’s a great deal for the money, starting at $2,000.

While many photographers simply won’t leave home without their 17-inch MacBook Pro (soon to be updated, we hear), the standard MacBook, upgraded this Spring, can do most of the same things as the Pro for about half the price. At just 12.8×8.9×1.08 inches, it’s highly portable, and lovely on the eyes, thanks to its bright 13.3-inch glossy widescreen display. It comes with an Intel Core 2 Duo Processor (2.0GHz or 2.16GHz), 1GB or 2GB of RAM, a 5200rpm SATA hard drive (80GB to 160GB), and a slot-loading DVD-ROM or dual layer DVD+/-RW optical drive. Other key built-ins include an iSight video camera; Airport Extreme 802.11n Wi-Fi; Bluetooth 2.0 for communicating with wireless peripherals; and ports for FireWire 400 and USB 2.0. That means you can add an external monitor, up to 1920×1200-pixel resolution, for extended working space. Your choice of white or black. From about $1,100.

Already a favorite of the gaming crowd, this desktop model is also well suited to imaging tasks. It has 2GB of 667MHz RAM (supporting up to 8GB); a pair of high-end ATI Radeon X1950 XT graphics cards; a 3.2GHz Intel Core 2 Extreme processor; and two speedy 150GB hard drives running at 10,000rpm (much quicker than the usual 7,200rpm). Its built-in 9-in-1 card reader handles CompactFlash, Microdrive, Secure Digital (including MMC), Memory Stick (including MS PRO), SmartMedia, and xD-Picture formats. Ample ports include three for IEEE 1394 (FireWire 400) and six for USB 2.0. Yet the FX530XT has a relatively small footprint for such a powerful desktop model, measuring 16.5 inches high by 8 inches wide by 17.5 inches deep (though it weighs a hefty 38 pounds). It may be pricey for budget-minded photographers, but it’s fully loaded. About $3,500.

As a desktop workstation for imaging, storage, and archiving, this model offers a lot of bang for the buck. About a grand gets you a 2.6GHz Athlon 64 X2 processor, up to 4GB Dual-Channel DDR2 SDRAM, and a huge 320GB 7,200-rpm hard drive. (Less expensive, and less ample, configurations are also available.) It comes with one IEEE 1394 (FireWire 400) and eight USB 2.0 ports. Optical drives include DVD+/-RW, DVD/CD-RW Combo, and DVD-ROM. About $1,000 (with maximum storage).

Although it’s not the smallest laptop in Sony’s arsenal (that honor goes to the VAIO TX series), at 3.8 pounds the VAIO SZ is still remarkably lightweight. Yet it manages to incorporate a 13.3-inch display, a comfortably wide keyboard, and imaging-oriented specs: It’s available with a 1.83GHz Intel Core Duo T2400 processor; 1GB of DDR2 SDRAM (533MHz); a 100GB hard drive running at 5,400rpm; and a built-in DVD±RW (+R DL) optical drive. Ports include one for IEEE 1394 (FireWire 400) and two for USB 2.0 ports; there’s also Bluetooth. And, naturally, the VAIO SZ has a built-in card reader for Sony’s proprietary Memory Stick format. About $2,500.

A new model in Hewlett-Packard’s popular dv4000 series, this elegant black laptop is affordable, versatile, and portable (weighing 6.5 pounds) yet features a photo-friendly 15.4-inch display. Inside it has a Pentium M 1.73 GHz Intel processor; up to 2GB of DDR SDRAM; and a 100GB hard drive spinning at 4.200 RPM. Also on board are a dual-layer DVD±RW/DVD-RAM drive, plus one IEEE 1394 (FireWire 400) and four USB 2.0 ports. Yet it won’t break the bank. About $800.

The Jeep of notebook computers, this model is designed for people who are hard on their laptops. It can withstand being dropped on concrete from several feet high, and keeps going even if you spill Coke on its keyboard. Protected by a clamshell case, the 8.2-pound computer has a clamshell design that houses a 13.3-inch LCD; you can get it with a brighter, 1,000-nit touchscreen for easier outdoor viewing and pen-based input. Under the hood is an 1.66GHz Intel Core Duo Processor; up to 4GB of SDRAM; and a shock-mounted, removeable 80GB HDD drive. A Multimedia Pocket bay accepts an optional Combo or Multi Drive or a second battery (normal battery life is about six hours). Connections include one IEEE 1394 and three USB 2.0 ports; connector covers are weather-sealed. But toughness comes at a price. About $4,300.

We wonder why more photographers don’t use tablet PCs for at least some of their image-editing tasks. The touch-sensitive screen on these models allows you to work directly on an image with a supplied stylus — sort of like a graphics tablet but without the disconnect between eye and hand. This ability seems as valuable an asset at home as on the road, where models such as Toshiba’s newest Portege also function as a full-blown laptop.

We spent quite a bit of time with the fully-loaded, 4.4-pound M400, which is the first such model with a dual processor, a 1.83GHz Intel Core Duo. It performed flawlessly, both as a standard laptop and in tablet mode, for which you rotate the screen 180 degrees and fold it down against the keyboard. The computer has a dedicated 5-in-1 card reader that accepts Secure Digital, Memory Stick, and xD-Picture formats, but we transferred our photographs using a CompactFlash adapter in its PC Card slot. (One FireWire and any of three USB 2.0 ports can also be used.) The 12.1-inch, XGA-resolution “active matrix” screen is very smooth, the pen responsive and precise. The screen has a pretty narrow viewing angle, so you have to work on pictures at 90 degrees to the screen to get a true sense of what you’re doing.

The M400’s “Double Layer DVD Super MultiDrive” is swappable, but you probably won’t take advantage of that because it makes fast work of every optical reading and writing task you can think of. We’d suggest more RAM than the one gigabyte we got (it takes up to 4GB), and we’ve heard some complaints about how the M400 performs with Windows XP. With Vista, which came with the machine, everything worked fine. About $1,600.