A 10MP compact with the heart of a rangefinder. 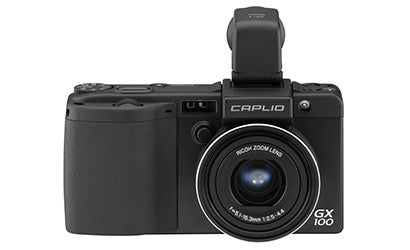 Ricoh, that merry maverick of the camera world, has taken another step in the “luxe compact” category with the Caplio GX100 ($599, exclusively at Adorama), essentially a zoom-lensed version of the Ricoh GR Digital we tested in May 2006, with the added benefit of sensor-based image stabilization.

The new camera also jumps to 10MP, from the 8MP of the GR, and it shows in our resolution tests. From ISO 80 to ISO 200, resolution averages 2075 lines for a clearly Excellent rating. It declines through ISO 1600, where, at about 1700 lines, it still qualifies as Excellent.

Color accuracy is also Excellent, and noise fairly well controlled through ISO 400. But noise increases to Unacceptable at ISO 800 and becomes still worse at ISO 1600 — typical of small-sensor, high-megapixel compacts. (The Ricoh does better in noise control than the equivalent Canon and Nikon.)

Image stabilization helps offset this shortcoming, as it provides up to 2 extra stops without needing a tripod in our tests using DxO Analyzer 2.0.

If you’re wondering how you see that field of view through an optical viewfinder, the answer is you don’t — the GX100 body has no viewfinder. But you can add an accessory finder, the VF-1 ($170, at Adorama; $100 when purchased in a kit with the camera), which gives you a 100 percent accurate view with any focal length — because it’s an electronic, not optical, viewfinder.

The finder image is on the grainy side, and the edges of the frame are a challenge for eyeglass wearers, but it shows you full information, can be tilted up to 90 degrees for low-angle or close-up shooting, and is much easier to see in bright light than the LCD. And the 19mm converter requires no additional setup in the menus, as the lens automatically signals the camera’s electronics when it’s screwed into place.

The GX100’s magnesium-alloy body looks as if it could be run over by a truck with no ill effects. The thickened end of the camera provides a secure, comfortable grip.

The controls could serve — or should serve — as a model for other manufacturers. There is both a command dial on the front and a command toggle switch on the back. In manual mode, the front dial controls aperture, while the rear toggle sets shutter speeds. An on-screen (or in-finder) linear scale guides you to the correct exposure. Press the rear toggle, and you can quickly access controls such as exposure comp and white balance.

You can custom-program up to four controls of your choice, as well as an additional setting on a function button atop the camera. If that’s not enough customization for you, you can save your preferred camera setup to one of two “My Modes” that are quickly accessible on the program dial. While the control buttons on the back of the camera are small and closely spaced, their action is stiff enough that we almost never made an inadvertent setting.

The GX100 uses an unusual, hybrid autofocus that combines TTL focusing on the CCD with an external passive AF sensor. It focuses quickly and accurately, so much so that we never needed the AF assist lamp, even in very dim lighting. The camera also has very short shutter lag. Bursts? It can capture highest-quality JPEGs at 2.5 frames a second — no slouch there — but it punks out at five frames.

The GX100 can capture JPEGs, as well as (three cheers!) simultaneous JPEG and RAW files. Its RAW format is Adobe’s DNG, so if you have Photoshop, you can open and adjust the pictures with no further ado. Be warned, though, that RAW + JPEG capture is slow: The first frame will take about 4 seconds to process, and subsequent frames only get slower. Not the setting for action shots!

The GX100 is a highly competent camera that’s easy and fun for both the casual shooter and the serious enthusiast to use. We like it. But we’d like it more if it cost a little less and had less noise at high ISOs.

• Canon PowerShot G7 ($500, street): 10MP, lens-based image stabilization. Has a greater range zoom (6X, 35-210mm) than the Ricoh, can use Canon EX-series Speedlites. Optical viewfinder is compact and sharper but less accurate than the Ricoh’s accessory EVF. The Ricoh scores higher on image quality — in both noise and resolution — and offers RAW capture, absent on the Canon.

• Nikon Coolpix P5000 ($340, street): 10MP, lens-based image stabilization. The bargain of the trio, it has slightly greater-range zoom than the Ricoh (3.5X, 36-126mm), but we like the Ricoh’s wider optic. Has an optical viewfinder for less bulk — but less accuracy. Can use current Nikon Speedlights. Ricoh edges it in resolution and control of noise, has a tougher body, and allows RAW capture. 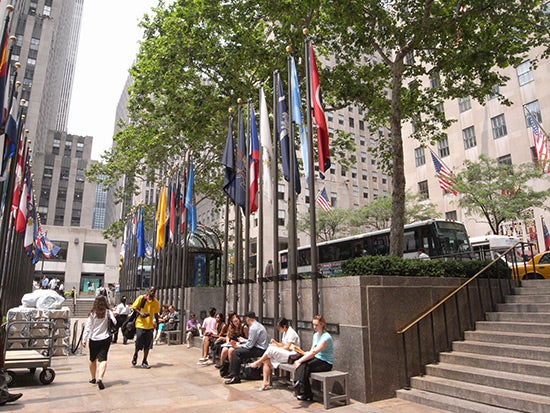 This photo of Rockefeller Center shows off the Ricoh’s wide-angle lens. 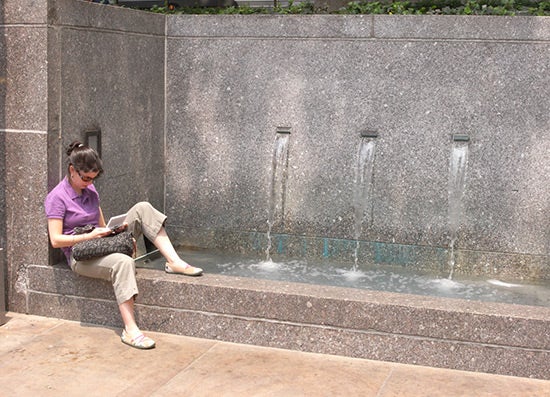 Use the Ricoh’s zoom to get in closer to your subjects. 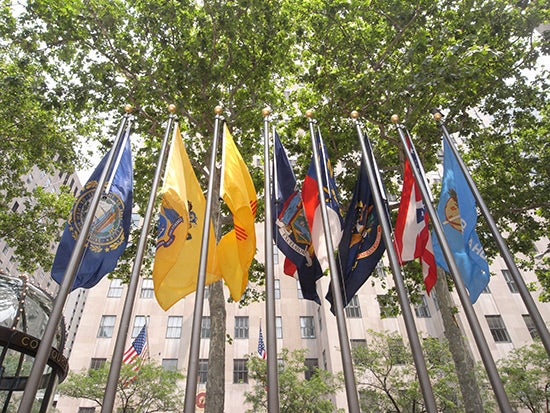 The Ricoh got nice contrast and color saturation of these Rockefeller Center flags. 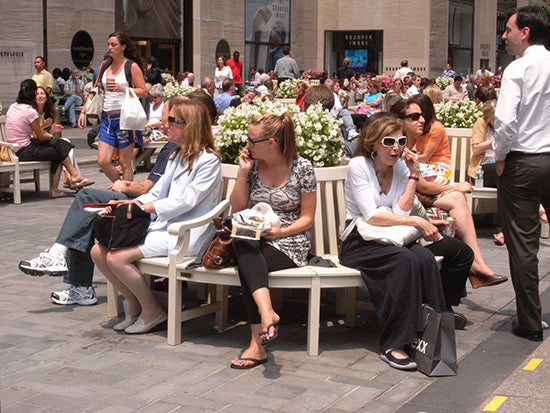 The Ricoh did a good job of getting details in the highlights of this sunny lunchtime picture. 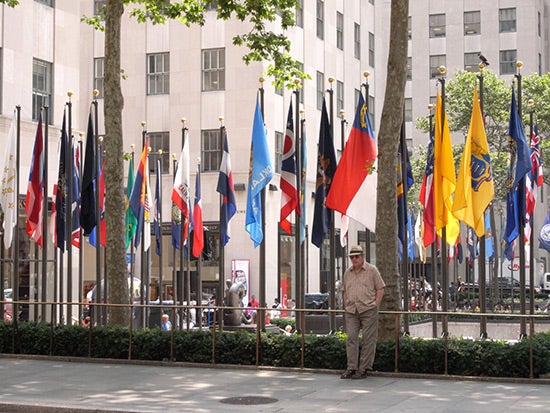 Shot at a focal length of 15.3 mm, the Ricoh’s wide-angle lens lets you get a broader picture. 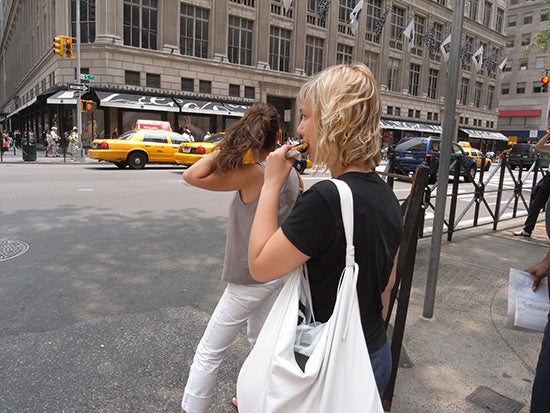 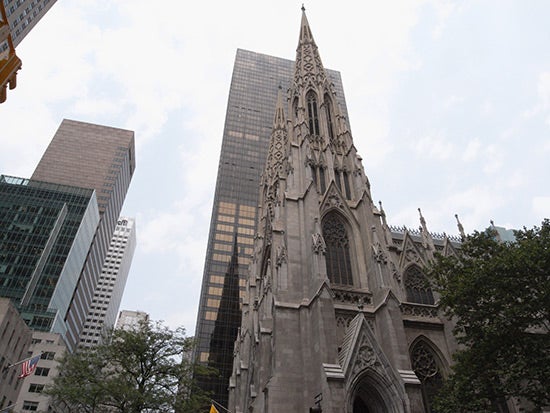 Use the movable viewfinder to tilt the camera up for sky-high shots. 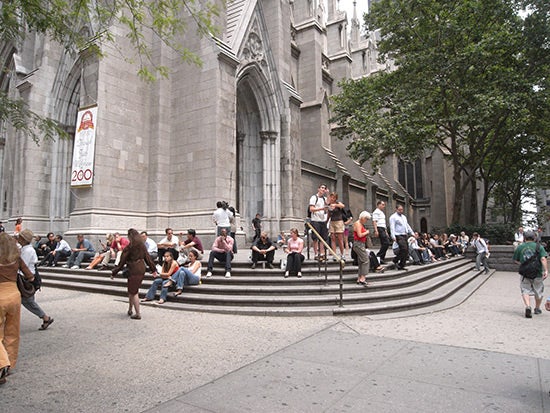 The steps of St. Patrick’s Cathedral shot with the Ricoh’s regular lens at focal length 5.1mm. 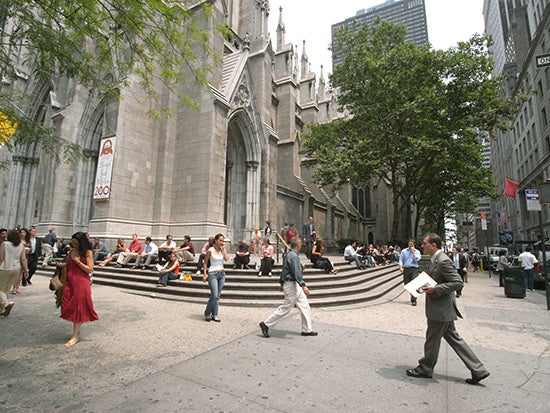 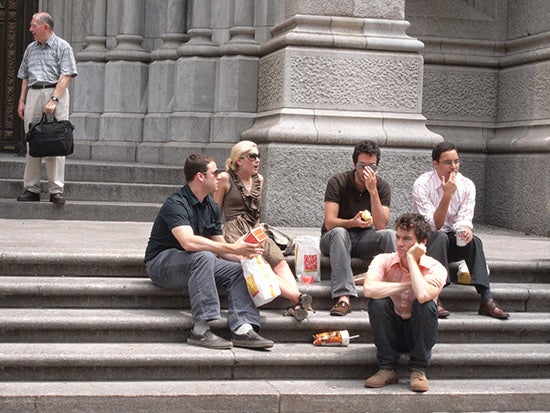 Shot at the maximum focal length of 15.3 mm. 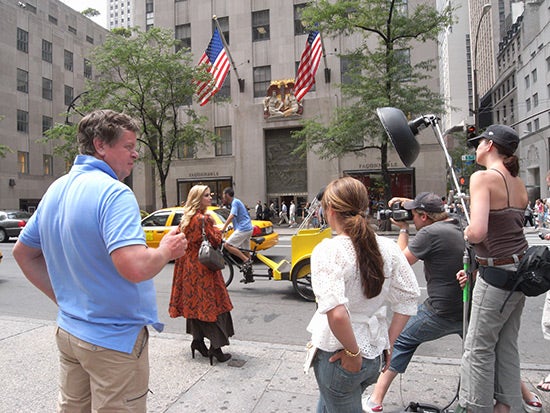 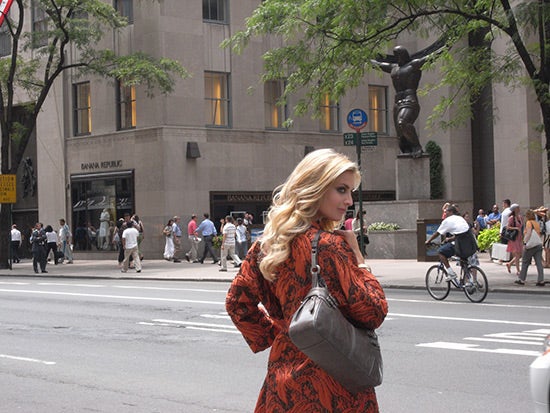 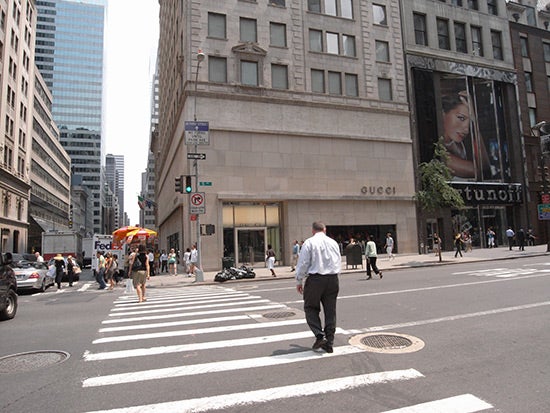 A shot of Fifth Avenue at the widest focal length of 5.1 mm. 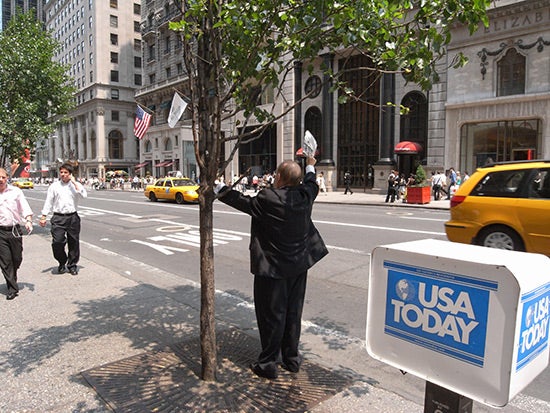