Sandisk's Pro-G40 drive can survive full submersion, scary drops, and up to 4,000 pounds of pressure. 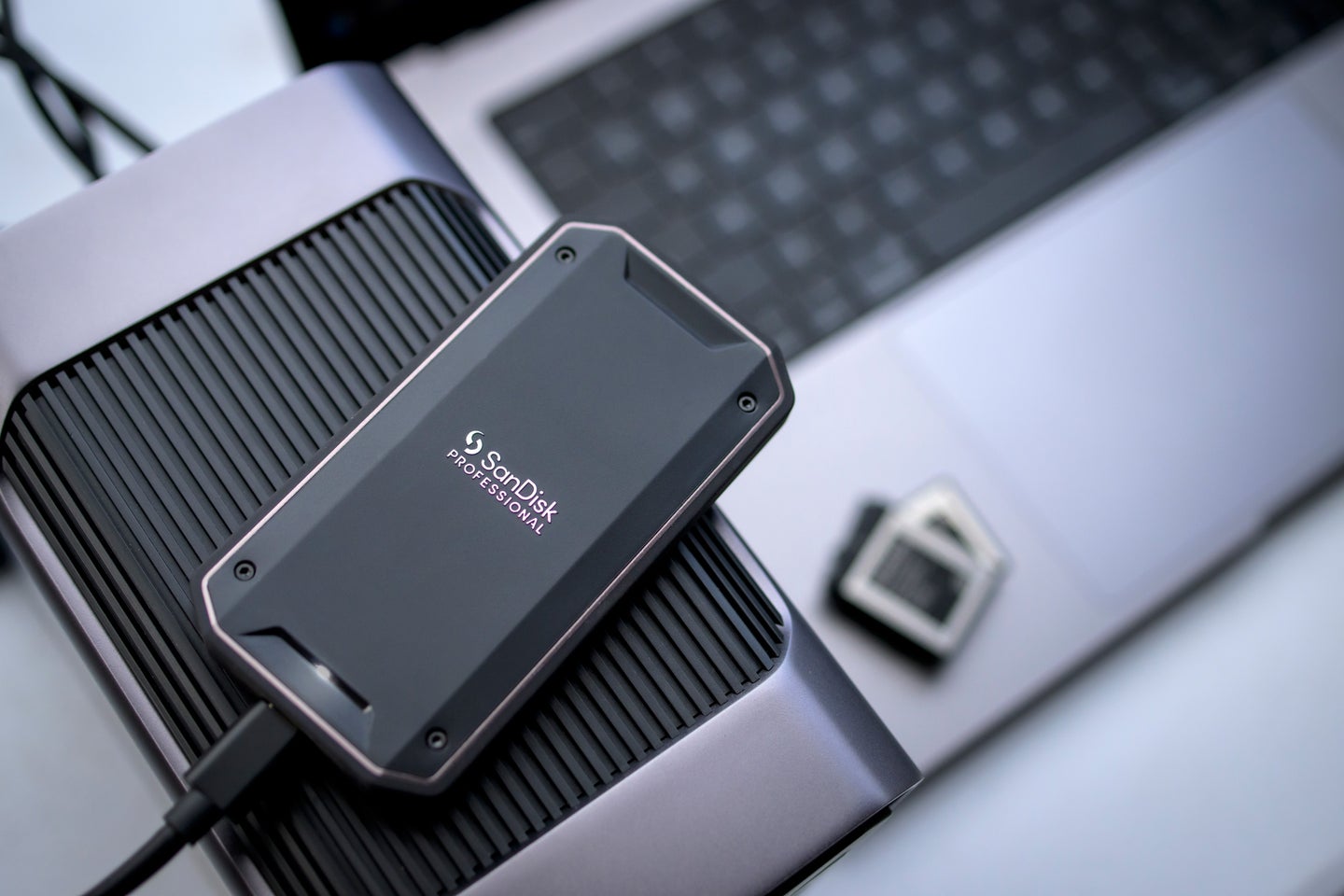 The drive is small enough to fit in a pocket and tough enough to survive in the field. SanDisk
SHARE

Photographers and video shooters put gear through the wringer. That’s why ultra-rugged devices like the new SanDisk Pro-G40 portable SSD are so appealing. It can hold up to 2TB of photos or footage and withstand the rigors of the field (or a serious coffee spill while working at your desk.)

You can’t kill it

The Pro-G40 SSD offers a 1TB capacity for $229 or a 2TB version for $429 (you can currently pre-order both directly from the Western Digital store). While those are fairly common capacities for a portable solid state drive, SanDisk’s rugged housing is a new breed. It offers an IP68 toughness rating, which indicates that it’s sealed to keep out dust and it can survive full submersion in up to 1.5 meters of liquid for 30 minutes.

The ruggedness goes beyond ingress protection, too. SanDisk promises the Pro-G40 can survive a fall from up to 9 meters and it’s crushproof under up to 4,000 pounds of pressure. So, you shouldn’t have to worry about the drive getting smashed, even if you somehow find a way to set a midsize SUV on top of it.

Despite its rugged nature, this pro-grade drive doesn’t skimp when it comes to speed. It relies on a single port to provide a Thunderbolt and USB 3.2 Gen 2 connection. Over USB, you’ll get 1,050 MB/s read speeds and 1,000 MB/s write speeds. If you’re plugged into a Thunderbolt port, however, speeds jump significantly. There, you’ll find 2,700 MB/s read speeds and 1,900 MB/s write speeds. That translates into enough bandwidth to move 50GB in well under a minute.

That kind of speed makes these drives particularly useful for editing photos and videos. With this much bandwidth (especially over Thunderbolt), you can keep your photos on the external SSD and keep your computer’s internal drive free and clear. I have been using one for several years now and I really recommend it.

With this drive, you’re paying a little more for the rugged nature of it, but these do tend to take a lot of abuse. Is all this wilderness-grade toughness overkill for editing at the coffee shop? Maybe. That is Until that Pumpkin Spice Latte becomes a festively scented, data-destroying catastrophe.