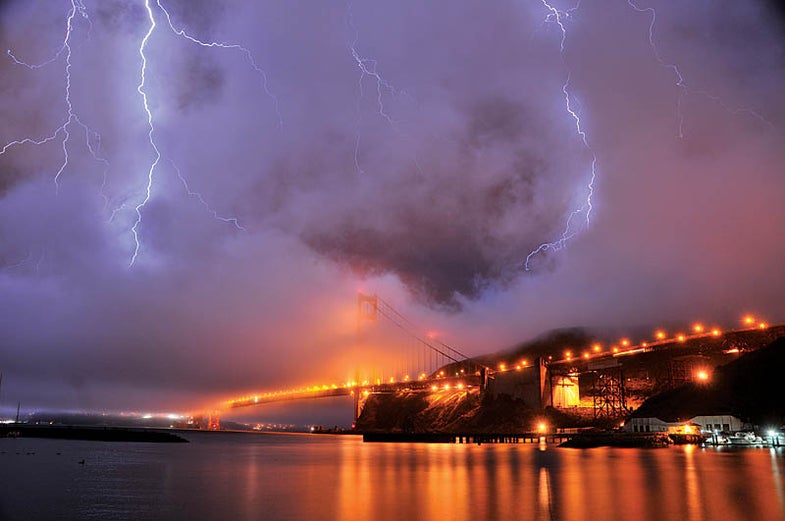 Lightning strikes the Bay Area but rarely. So when Frank Fennema, 56, awoke to a thunderstorm outside his San Francisco window, “I knew it was a one-in-a-million event,” he says. It was also a reason to use his remote trigger—which was our Photo Challenge of March 2010. The freelance photographer grabbed his gear and drove to the Golden Gate Bridge. He’d scouted the landmark before: “I knew this spot above Horseshoe Bay would be a great angle,” he recalls. With his poncho-protected Nikon D300 and 18–200mm f/3.5–5.6 Nikkor lens on a tripod, he shot a few tests. Then he retreated to his car and, using a RPS Studio remote, started firing. Over the next hour, Fennema shot 116 frames using 30-sec exposures to capture as much lightning as possible. Among them, this month’s winning shot.—Lori Fredrickson. Frank Fennema
SHARE