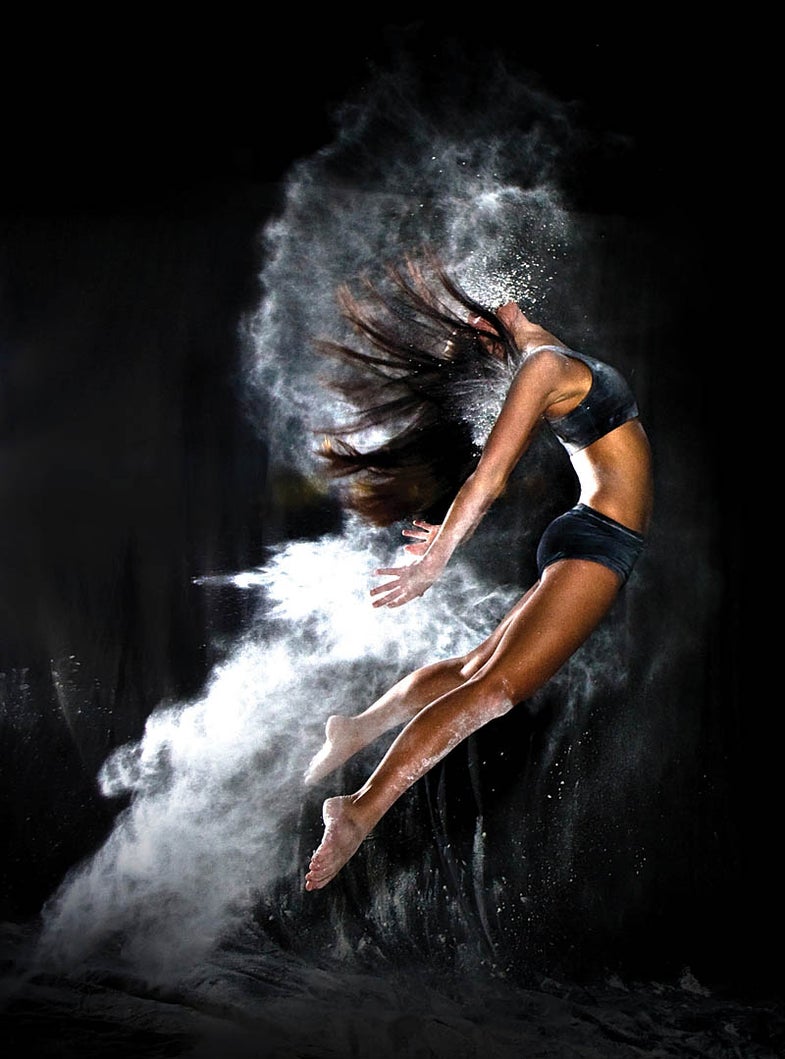 Jasen Petersen, a 38-year-old realtor, has been photographing competitions at Dance in Motion, his wife’s Battle Creek, MI, dance studio, for two years. But shortly after reading our December 2009 photo challenge to capture the emotion of motion, “I started to dream up something with more of a modern-art feel,” he says. A photo of a model covered in flour that he saw in another magazine inspired the shoot that produced our Challenge winner. Petersen set up a black backdrop outdoors against one of dance studio’s walls, placing one AlienBees AB800 strobe facing the backdrop and another slightly behind it and to the left. At nightfall, in 35-degree cold, he and his sister-in-law led three brave dancers to this outdoor studio. His assistants (including the dancers, who took turns modeling) would throw flour on each model, who held fistfuls of flour to pitch in the air as she jumped. “For most of their poses they would take one or two steps and then leap, so I locked focus and tracked them until they hit the peak,” he explains. In just 30 minutes Petersen had some great images, including this one of his niece. And despite the cold, everyone agreed they’d had a great time.—Lori Fredrickson. Jasen Petersen
SHARE
Photo Of The Day