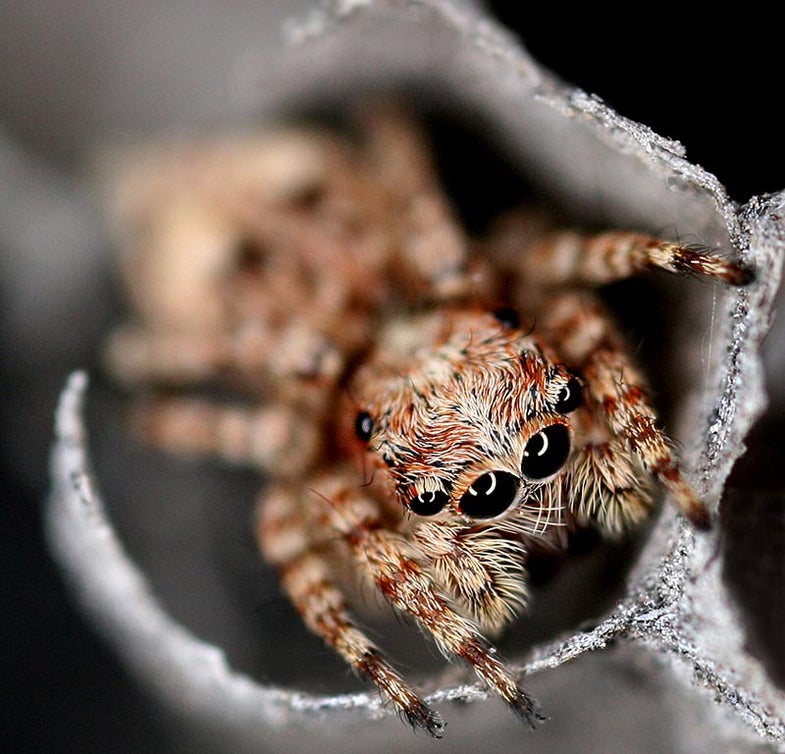 Christopher Wells of Detroit has long been inspired by Popular Photography. In fact, he even had his Canon PowerShot S3 IS superzoom converted to shoot infrared images because of one of our articles. After reading “Through Fresh Eyes” (October 2009), he put his 65mm f/2.8 Canon MP-E macro lens to new use. “I’d bought it to capture detail on the small items I sell in online auctions,” he says. “But you made me think about the possible uses it could be put to in the smaller world of nature.” The result was this “wee jumper in an abandoned wasp nest,” shot with a Canon EOS Rebel XT and macro ring flash—not the easiest shot, since the spiders kept jumping on his camera. But it paid off. “Nature at its most beautiful and creepy,” he says. See more of his photos at www.flickr.com/photos/7896037@N07.—Lori Fredrickson. Christopher Wells
SHARE
Photo Of The Day