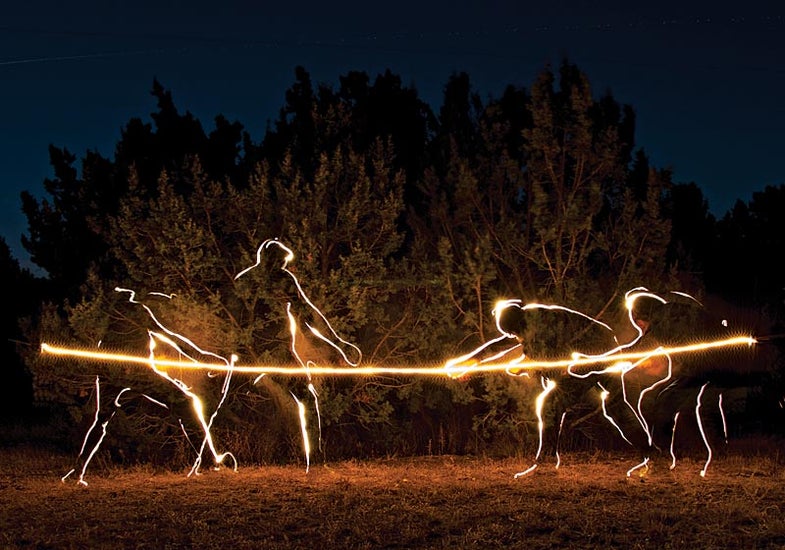 When Stephan Kolb read our November 2009 Photo Challenge on light-painting, he decided to learn a new technique. The 55-year-old carpenter (www.stephankolbstudio.com) from Edgewood, NM, came up with this clever winner—and a few other images we liked nearly as much. On a clear night, he invited a friend over and strung a rope light between two metal fence posts in his yard. He set his Nikon D200 on a tripod and composed to frame the rope light. With the camera set to Bulb, and his friend in a pose, Kolb opened the shutter via wireless remote, then switched on a flashlight and traced his friend’s outline. He turned off the light until his model was in a new position, then traced him again. Total exposure: 139 seconds. It took a few tries (and some cropping) to get it right—but his work paid off.—Lori Fredrickson. Stephan Kolb
SHARE
Photo Of The Day