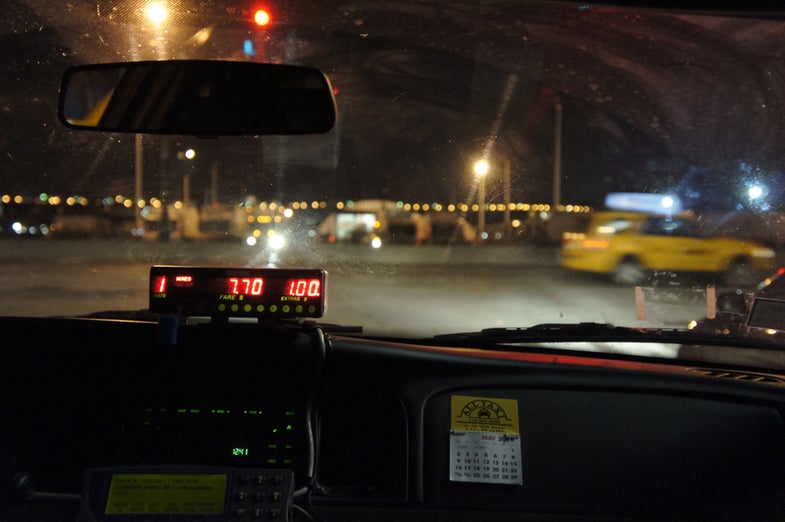 Sony was kind enough to lend us their newest camera, so we took it out to the streets for some real world test shots. Shot in the NEX-5’s Twilight Capture mode at ISO 6400. In this mode, the camera captures 6 frames and then combines them to minimize noise. Notice though, that the taxi on the right of the frame only appears once, though it was moving as the six frames were captured. That’s because the camera is smart enough to indentify that the taxi was a moving object, so it only sampled from one image in that area of the photo. Shot details: ISO 6400, 1/40 sec., f/4.5, braced on the taxi’s partition.”. Philip Ryan
SHARE