The Getty staff photographer was capturing incredible images right up until his tragic death. 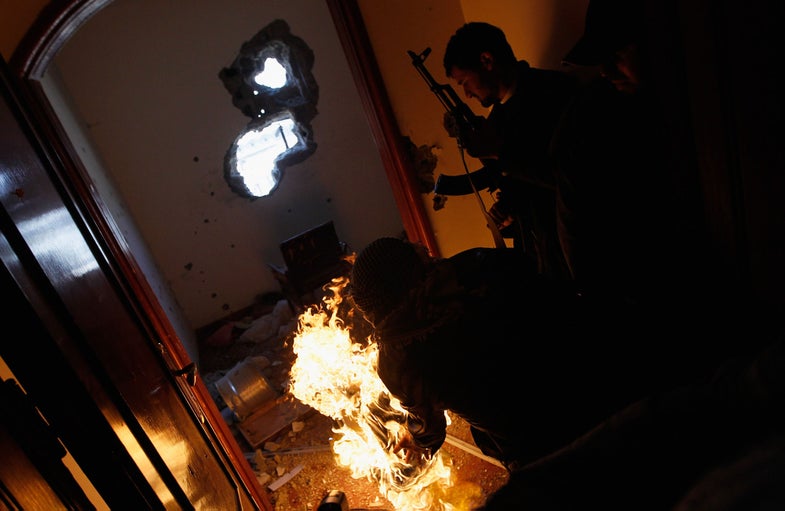 Chris Hondros came to prominence with his photography of the Iraq war, specifically a story in 2005 of American soldiers firing on an Iraqi family who failed to stop at a checkpoint. He had previously gained a Pulitzer nomination for his work in Liberia. He had been in Libya covering the civil war and travelling with rebel troops since early April, when he was injured in an RPG attack by Gadaffi supporters. The same blast killed photojournalist Tim Hetherington and Hondros later died of his injuries — these are some of the last photos he filed. Libyan rebel fighter rolls a burning tire into a room containing ensconced government loyalist troops. Chris Hondros/Getty Images
SHARE
Photojournalism