A Portrait of Harlem, Eggleston’s B&W work, and four other photo exhibits worth seeing right now

A select list of fine-art photography exhibitions taking place at museums and galleries throughout the U.S. in February and March of 2022. 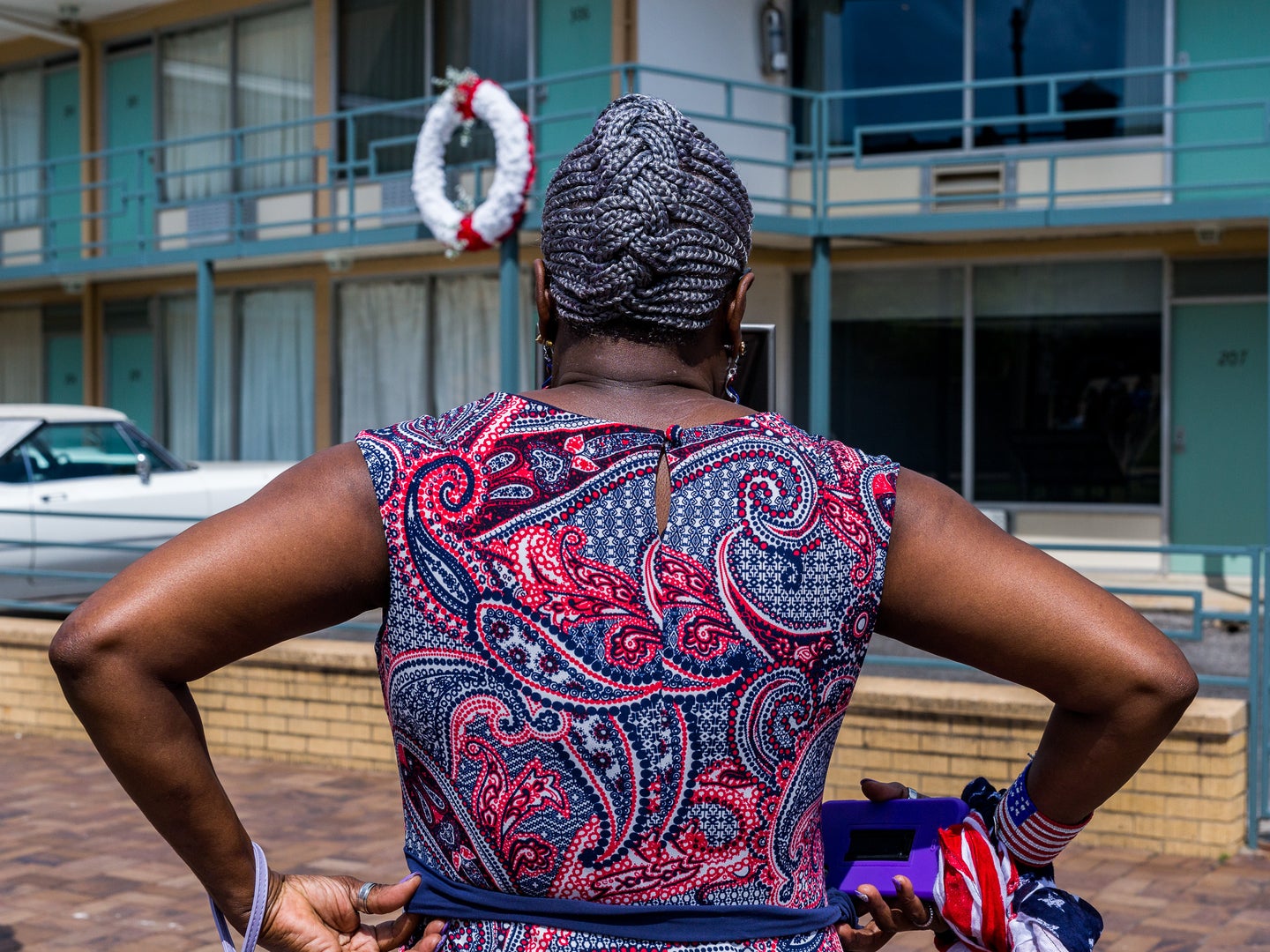 When studying a great photograph, I tend to forget most were captured only in a fraction of a second.

I was reminded of this after reading the introduction to “Tete a Tete,” a book focused on Henri Cartier-Bresson’s iconic portraits, which was written by the renowned art historian E. H. Gombrich. In it, Gombrich writes that when looking at most portraits or pictures of people, we can only be absolutely sure of one thing: “It is that these men and women cannot have presented precisely the aspect in their portraits for more than a passing instant. The very next moment they may have shifted their gaze, turned or tilted their head…. and each of these movements would radically affect their expression.”

In a way, Gombrich reworks Cartier-Bresson’s concept of the “decisive moment,” which refers to that “split second that reveals the larger truth of a situation.” But what struck me was something more practical: Almost any photo we capture is made in an instant—and we don’t really see it as we shoot it. It happens too quickly.

Some of the photos I mention in the exhibitions below illustrate this point: For instance, David Katzenstein’s group shots in his project “Outside The Lorraine: A Photographic Journey To A Sacred Place,” are almost exclusively candids and undoubtedly shot with fast shutter speeds. After the camera froze these subjects in time, all of them continued on moving.  But when you study photos of great photographers, like Katzenstein, their iconic images generally do not have a fleeting quality. They look far more substantial.

How is this possible? I believe there are a least three ways photographers are able to achieve this:

Check out my suggestions for must-see fine-art photography exhibitions other shows:

What makes the fine-art photography exhibition, “James Van Der Zee’s Photographs: A Portrait of Harlem,” interesting is that not only did Van Der Zee capture both formal portraits and documentary-style work, but he did so for decades in one location: Harlem. The show may include just 40 photos, but the images are powerful in the story they collectively tell.

According to the show’s curator, Diane Waggoner, Van Der Zee catered to a largely middle-class Black clientele and created studio portraits over a span of several decades. Many of his photos are portraits for confirmations, engagements, weddings, and more. But Van Der Zee also captured many group portraits of religious organizations, social clubs, literary societies as well as military and sports teams. Additionally, the exhibition includes Van Der Zee’s documentary photos of Harlem storefronts and nightclubs.

No matter what the subject, his photographs “served as a source of pride” in this community, according to the curator. But Van Der Zee’s most important contribution may be cumulative: creating an accurate, nuanced portrait and narrative of Harlem in the early 20th century.

Where: National Gallery of Art, in Washington DC

For more info on the exhibition, go to the museum’s website at nga.gov

Outside the Lorraine: A Photographic Journey to a Sacred Place

Certain sites throughout the world, like the Vietnam Memorial in Washington D.C. and the 9/11 Memorial Museum in New York, allow visitors to pay homage to those lost to tragedy. Such sites can also be rich environments for photographers, though such projects should always be done with care.

A current photography exhibition, “Outside The Lorraine Motel: A Contemporary Pilgrimage,” comprises more than 90 photos that David Katzenstein captured in 2017 at the site of Martin Luther King Jr.’s assassination. And it’s a very good example of how to successfully shoot photos at such an important place. For starters, Katzenstein was careful not to interfere with the experiences of museum visitors. Gay Feldman, who curated the exhibition, writes that when the photographer was getting ready to shoot the project, he positioned himself, “in a discreet and unobtrusive manner outside the museum.”

It’s intriguing that the most captivating images are those that depict figures photographed from behind, so that their faces aren’t shown. In doing so, Katzenstein gives the body language of his subjects an almost sculptural quality. You get the sense that you can feel the emotions they are feeling, as they look towards the site where one of the most important figures of the Civil Rights movement was assassinated.

“Pilgrimage is a central theme in David Katzenstein’s work,” writes Feldman. The project is part of Katzenstein’s larger body of work, “The Human Experience,” which is a collection of his visual explorations that span over the past 30 years.

For more info on the exhibition, go to the gallery’s website at civilrightsmuseum.org/outside-the-lorraine

William Eggleston (born 1939), whose work is currently showing at Jackson Fine Art gallery, is often cited as one of the key artists who made color photography a legitimate artistic medium, recognized by the fine-art world. But as the B&W photo “Untitled (girl walking)” reveals in this show, Eggleston could also capture exquisite monochrome images and did so often, especially at the start of his career. And this new exhibit seeks to elevate his B&W work alongside his color photography.

But what got him hooked on color in the first place? I always find it fascinating to hear from photographers the reasons they chose to try something new. And on the Jackson Fine Art gallery website, there’s a link to an interview that answers this very question.

Eggleston says, “I had seen a bunch of Technicolor movies and I had these dreams about fantastic color schemes that I was working out in my mind. And I just knew it was going to work. I went out and took a few rolls — I think the first roll was at the old Montesi’s [a Memphis grocery store] in the late afternoon sun.”

In the interview, Eggleston goes on to say that he got those images developed at a local drugstore. “I got all those drugstore snapshots back, and about a year later I got together what I thought were the best ones and had some so-called professional prints made in Chicago….” He also points out the reaction on a trip to New York not long after his breakthrough into using color: “When I finally got enough prints printed, I showed John Szarkowski [director of photography at MoMA] what I was doing. They were real surprised anyone from the South was doing something sophisticated in photography.”

Where: Jackson Fine Art, in Atlanta

For more info on the exhibition, go to the gallery’s website at jacksonfineart.com

The more than 100 photos in this group exhibition—curated by Roberto C. Ferrari, dating from the 1840s to today—are from Columbia University’s collection, and include photographs produced using most photomechanical processes, from the early years of analog photography until our current digital age. But there’s also a mixture of genres, including portraiture, photojournalism, and documentary images. The exhibition includes one particular group portrait that was of special interest to the curator. “Class of 1860, Department of Chemistry, Columbia College, Ca. 1857–60,” depicts an image of the first chemistry class at Columbia, with Professor Charles Joy and his laboratory assistant.

Ferrari refers to the photo in an interview he gave about this exhibition, in the Columbia News, in which he says, “One of the more exciting discoveries… is a rare salted paper print from around 1857-60, which depicts the first five students who studied chemistry at Columbia with their professor, Charles Arad Joy, and a young Black lab technician…. The chemical properties of photomechanical reproduction were important to Chandler, and the result of his interest makes Columbia one of the earliest institutions to begin collecting photography, long before places like the Metropolitan Museum of Art ever did. From a portraiture and history perspective, however, one of the tragedies of this same photograph is that while all five students and their professor are known, we cannot, despite ongoing, extensive research, identify the Black youth, who presumably was a University employee. His loss of identity is an act of erasure that can be seen as part of institutional systemic racism.”

You can learn more about the photos in this show’s companion online exhibition, “People and Props in Photography, 1840s-1940s,”.

For more info on the exhibition, go to the gallery’s website at wallach.columbia.edu

In contemporary art, I believe a bit of humor lets fine artists more effectively grab the attention of both the cultural elites and the general public. And in the exhibition, “Gillian Wearing: Wearing Masks,” the artist (Gillian Wearing) does just that with a rather odd, slightly twisted sense of humor. But I think she’s effective in that it allows her to make some intriguing points about self-portraiture and its place in society.

The exhibition comprises lots of different media, but much of the work in the show is photo-based. The recurring theme is that each piece shows the artist’s eyes peering out through another’s face or mask. There are masks of herself at various ages, as well as masks depicting others, including family members and more famous individuals, like the Mona Lisa. Of course, it’s hard not to see another rather odd irony: The show is about an artist wearing masks, during a time when we’re all wearing masks, due to Covid-19.

To understand the show a bit more, there’s an informative video on the museum’s YouTube channel, in which Nat Trotman, the curator, defines Weaing’s methodology: “Masks are a central theme in Wearing’s work. They appear throughout her photographs, videos, paintings, and sculptures, both as literal props and as metaphors. For Wearing, the mask is a way of talking about the little performances that each of us put on every day in our roles in society and families in all interpersonal relationships.”

Where: The Guggenheim Museum, in New York

For more info on the exhibition, go to the museum’s website at guggenheim.org/exhibition/gillian-wearing-wearing-masks

Left Side Right Side

The curators of this group show—which encompasses works in a variety of media, including video, photography, prints, painting, and sculpture—have focused on the genre of portraiture and “its articulation in contemporary art.”

The provocative name of the show actually comes from the title of a video, “Left Side Right Side” from the artist Joan Jonas’ early exploration of creating a self-portrait through video. (You can see a virtual representation of the exhibition on the website, including a video clip of Joan Jonas.)

In the show, there’s a rather stunning, large triptych photograph, titled “Boys Tethered,” by David Hilliard, an artist who often creates large-scale, multi-paneled images based on his life or the lives of people around him. When he created this photo, in 2011, Hilliard had been working on a series of photographs, which examine the often-conflicted nature of masculinity and the environments in which it develops and unfolds.

According to a statement for one of his shows at Yancey Richardson Gallery, “In this body of work, boys of various ages experience a series of physical and emotional tests that serve as life markets or milestones, of sorts. They hunt, love, compete, bleed, fail…but ultimately persevere.”

For more info on the exhibition, go to the museum’s website at mocajacksonville.unf.edu