The wildest and rarest photography gear up for auction this week. 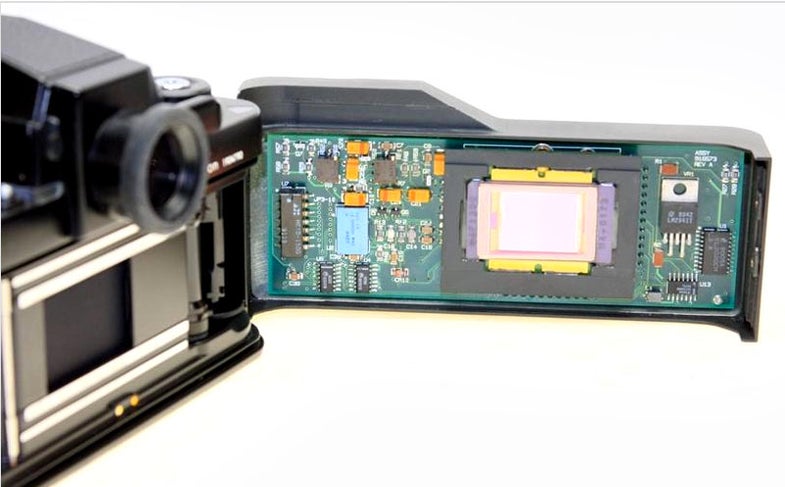 Back in May of 1991 Kodak teamed up with Nikon and released the Digital Camera System 100—and the digital revolution began. Originally aimed at photojournalists to help them transmit image at an infinitely quicker speed, the system consisted of a tweaked Nikon F3, two different Kodak digital backs (a monochrome and color version), and a gigantic digital storage unit (that looks like the tower on your Gateway 2000 computer from 1995). The camera was capable of shooting a 1.3 MP images, which is actually fairly impressive. The digital storage unit contained a 200 MB harddrive capable of saving 156 uncompressed images, or 600 jpeg compressed photos. All in all, according to our research, only about 987 of these units were ever sold, certainly making them a collector's item. However it is unfortunate that Ebayer Nsxdream only has the camera portion of the unit—we would love to get our hands on a working Kodak DCS 100 and take it for a spin. Click to view the auction.
SHARE 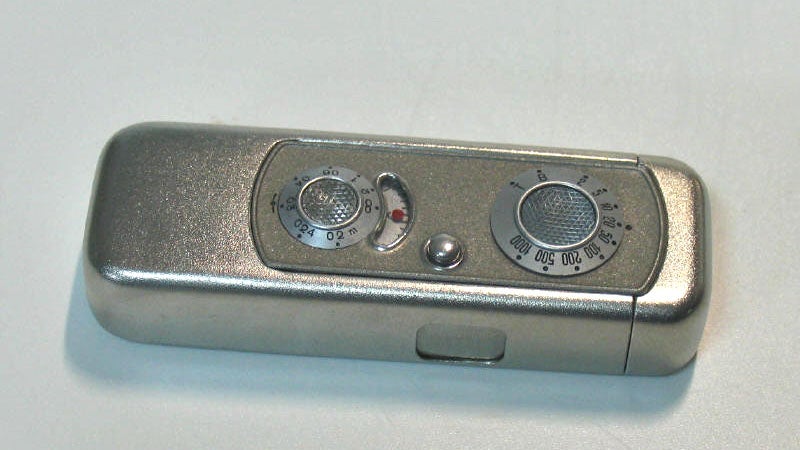 This little camera reminds us of that scene in Dr Strangelove, when the Russian ambassador is taking pictures of the “Big Board” in the US “War Room,” with a tiny spy camera. Ebayer Sunart’s Minox Vef Riga first hit the scenes in 1936 and was manufactured only until about 1943 when production stopped as a result of World War II—the camera originates from Latvia. After 1948, production began again—Minox later reinvented itself as a 35mm and 110mm film cameras company in the 1970’s. The Minox Vef Riga, was originally built to be a luxury item, but soon took on the reputation of being a spy camera due to its tiny, discreet size—8x3cm! The camera offers a 15mm f/3.5 lens and uses special 9.2mm wide film that comes in a tiny cartridge. Minox actually still makes a camera very similar to it if you need to be sneaky without the retro style. Click to view the auction

Ebayer Option.8 claims that this is one of the most complete professional level Polaroid sets available on Ebay, and he is not kidding. Included in the auction is a Polaroid’s flagship 600 SE camera, an f/4.7 127mm Mamiya lens, an f/5.6 75mm Mamyia lens, an f/5.6 150mm Mamiya lens, a 75mm optical viewfinder, two 3×4 instant packfilm backs, a Mamiya medium format film back, a glass focusing panel and hood, a bag and a whole list of other various accessories. Now, before you get too bummed that this lot doesn’t come with any orginal Polaroid film, you should know, that the seller is even throwing in a custom-built SX70/600 film back that works with Impossible Project films! All in all, this is the perfect starter kit for anybody looking to try their hands at either medium format photography or instant film photography. click to view the auction 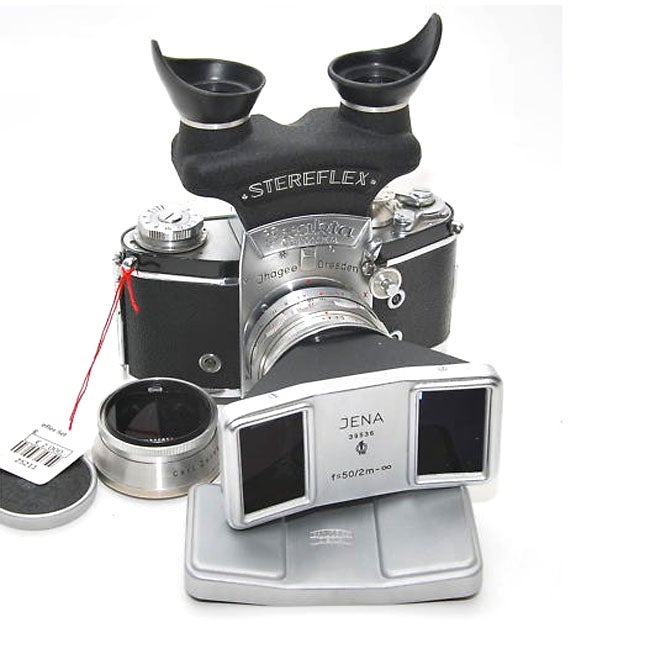 OG 3D
And you thought 3D was a new thing? Exakta cameras has been on top of the 3D game since the 1930’s! While its difficult to tell from the seller’s images, this camera appears to be a mid-late model (likely somewhere around the 1950’s) considering the markings on the front are embossed and not engraved. The camera features a waist level viewfinder and comes with a set of stereo eyecups that attach to it. The front Jena stereo attachment splits the image from the lens into two distinctive images. It also appears that a third lens, or a possibly a wide-angle attachment is included in the auction. Unfortunately, due to the fact Ebayer Shphoto-gmbh offered very little information regarding his item, it is hard to tell for sure exactly what comes with the camera, and what kind of shape it is in. Also, while we can’t say for sure whether or not the seller’s unit has this feature, many Exakta models were know to have a knife built into the bottom of the body to aide in slicing film. Click to view the auction 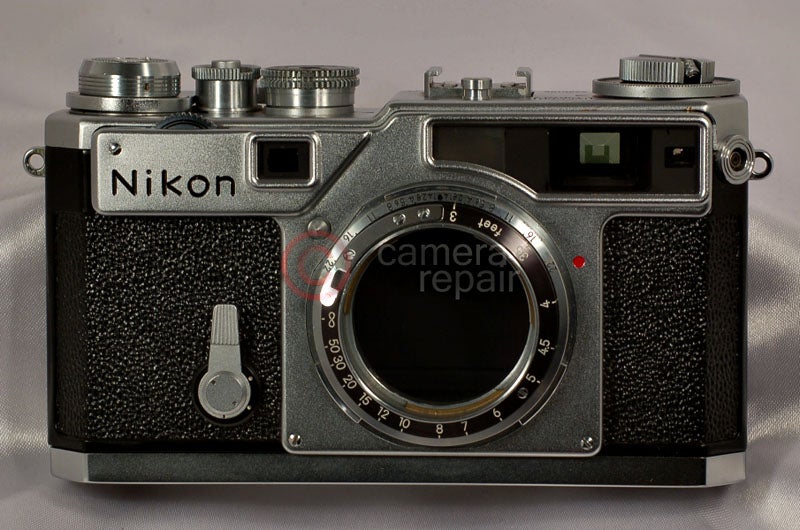 Nikon’s SP rangefinder bodies seem to be in pretty high demand these days, thanks to their solid build—Nikon even released 2,500 “throwback” models of the Nikon SP in 2005. This professional-level Nikon SP first hit the scenes in 1957. It offered its users two viewfinders and was capable of displaying the equivalent of six different focal lengths. It also features a PC flash sync port as well as a long list of other “ahead of it time” features. Ebayer Camerarepaircm’s SP however, is a true gem considering (according to him at least) it is 1 of only about 8000 units released that feature a titanium shutter as opposed to a cloth shutter. Click to view the auction
Dan Bracaglia