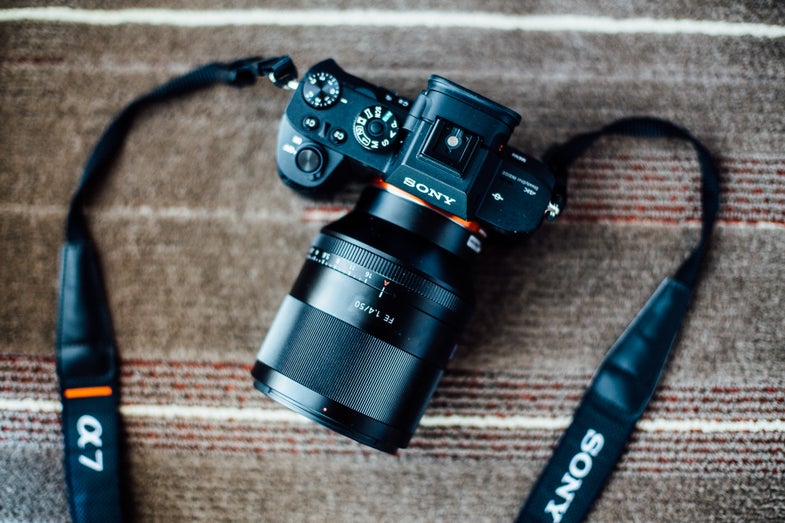 Sony seems to be on a bit of a new 50mm lens kick lately. Not long ago we met the new “nifty fifty” in the form of the FE 50mm f/1.8 lens and now Sony has introduced its high-end Planar T* FE 50mm f/1.4 ZA prime geared toward professionals and advanced amateurs withE-mount Alpha interchangeable-lens compact (mirrorless) cameras. I had some time to shoot a bit with the new Planar lens in San Diego to get a few first impressions.

The lens uses a Zeiss Planar optical design, much like the layout used for the 50mm f/1.4 Carl Zeiss Planar T* ZA lens that Sony has had in its Alpha-series full-frame line up for quite some time. The claimed effect is an image that minimizes overall distortion in the lens. Neutrality is a big plus for a standard 50mm lens like this, so it’s a logical optical design to choose.

The body of the lens has a built-in aperture ring with clicks that can be turned on and off. It can also be set to auto so the aperture can be controlled through the camera like with other modern lenses. I liked having the option of the ring, but found myself defaulting to the on-camera controls more often than not. Being able to turn off the clicks in the aperture ring is a nice touch for video shooters.

Inside the lens are advanced aspherical and extra-low dispersion elements, both of which should sounds pretty familiar in high-end lenses like this one. As the name suggests, the glass is equipped with the Zeiss T* coatings to help fight ghosting and flare. As someone who has spent a lot of time messing with lenses and finding out how they flare, I’ll admit that I was pretty impressed with how tough it was to get with this lens, even with the sun directly in the frame.

The motor inside is an SSM Super Sonic wave Motor that is, in fact, very quiet and relatively snappy considering the bulk of the glass inside the lens. The aperture is an 11-blade circular setup designed to produce appealing bokeh, which has clearly been a priority for Sony’s glass designers, especially considering the recent launch of the G-Master series pro lenses.

The the Planar T* FE 50mm f/1.4 ZA will be available in July for $1,500 (U.S.), which is roughly the same price as the A-mount version for Sony DSLRs, so it doesn’t come as much of a surprise. Keep scrolling for more sample images and impressions.