The best accessories for film photography

You don’t need to ditch digital to appreciate a good film photo gift. 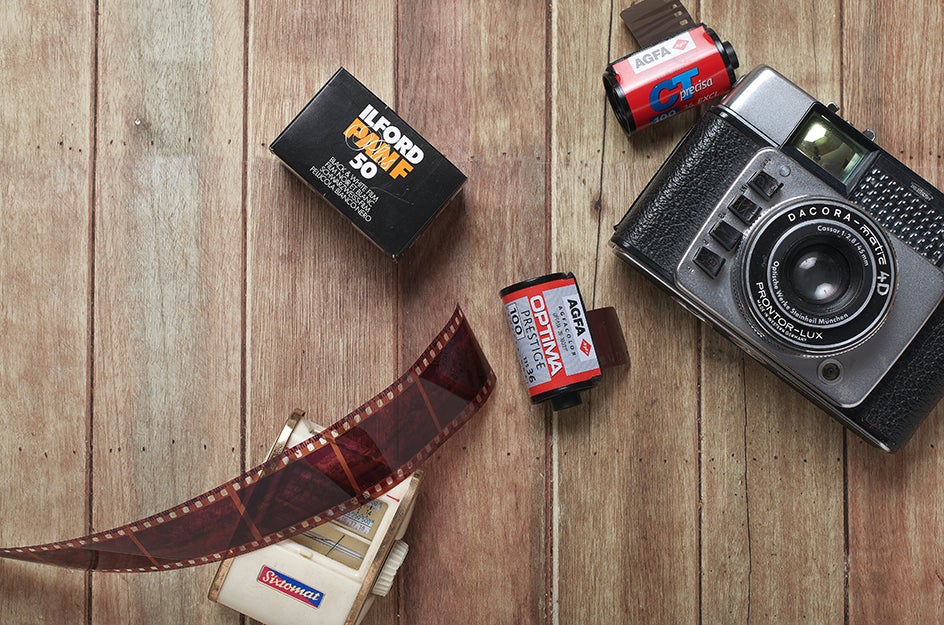 Right now is a fantastic time to shoot film. We’re more than 15 years out from the event of the digital camera age and analog seems to have finally found its place as a relatively small, but extremely devoted part of the photographic community. Right now there are new films to try, tons of good information about gear and techniques online, and a growing number of nerds like us dedicated to preserving the slow, finicky, magical process of film photography.

And while film shooters can be picky about their gear, these gifts will work for everyone from the crusty old curmudgeon with a view camera and a photo vest to the total newbie just looking to get in on the #filmisnotdead Instagram hashtag.

Many classic film cameras don’t have any kind of built-in meter at all. And even those that do sometimes seem like they’re making vague guesses compared to the laser-accurate meters found in modern digital cameras. This handheld meter uses an analog needle to indicate the proper exposure settings by reading either incident or reflected light. Yes, there’s a learning curve involved with using it, but that’s part of the fun.

It’s easy to keep digital files stored in an orderly way on your hard drive, but negatives require a little extra care. This hardened box has a three-ring binder inside, so you can stick your film (or prints) in archival pages and keep them around for your grandkids to find and admire—or throw away a week after you die.

Shooting film on a trip is fun, but having the airport X-ray machine nuke your images with radiation is not. This lead-lined bag keeps out the X-rays and holds roughly five rolls of 35mm film together in one place. Just be sure to tell security about it and get a hand-check as you go through.

If you’re giving to someone who has never shot film before, this sharp, reliable filmstock will offer flexible, predictable results. If you’re giving to a seasoned shooter, they’ll appreciate the fact that you went for something pro-grade instead of copping a couple rolls of the stuff you could find at the drugstore. It’s a choice that’s both safe and exciting—let’s see a pair of socks do that.

It’s a lot easier to develop black-and-white film at home on the cheap, which means you can be a little more adventurous with your choice. The JCH film is a contrasty, 400 speed stock with a slightly chunky grain that clearly sets it apart from most black-and-white digital conversions trying to look like film. It now also comes in medium format.

Yes, it’s hilarious looking, but this little ball full of air is infinitely useful. Squeeze its bulbous belly and a jet of air streams from the tip to clean dust off of your negatives, debris off your camera lens, or even Dorito crumbs off of your scanner glass (which is something for which I have actually used this product). It’s a perfect stocking stuffer in that it’s cheap, useful, and takes up a lot of stocking space.

Cutting negatives is stressful enough without having to worry about whether your nicked-up blades will leave you with lumpy-edged cuts. These 8-inch cutters have titanium blades that won’t ding easily and cut straight whether you’re chopping your film off the spool before developing or trimming up a print or mat.

It’s a common misconception that you need a darkroom to do anything at home with film. This roughly 23-inch square bag has two openings for your hands that cinch shut to keep light out. Inside, there’s enough room to take the film out of the can and put it into a light-tight developing tank so you can do the rest of your processing pretty much anywhere.

These film developing tanks and reels are the standard for learning how to develop film at home, but moving to stainless steel is a worthwhile upgrade. You’re less likely to crunch up the film while trying to load it and the lid of the tank forms a sturdy seal that won’t drip staining chemicals all over the place as you try to agitate your solutions. Plus, they just look a lot cooler.

One of the easiest ways to screw up at-home film development is by using chemicals that are the wrong temperature. Generally, black and white likes liquids at 68 degrees F, while color film requires a trickier-to-maintain 102 degrees F. Fill a cooler or big pot with water and let the sous vide machine get it to the proper temperature. Then sit your chemical bottles in the bath and let them hang out until they’re just right. Then, when you’re done, make yourself a nice salmon for dinner. You deserve it.

Film cameras don’t store exposure information like digital cameras, which means you’ll have to do that the analog way, too. These notebooks have specially-designed pages with fields to record crucial details about your photos. You can jot down things like aperture and shutter speed, as well as more general notes about your location and content. It’s particularly helpful for writing down things like, “Accidentally fired the shutter at my face,” when you’re trying to figure out what that random, blurry frame is on a roll of film.