Let's cut it out with the paintbrush analogies while we're at it, too 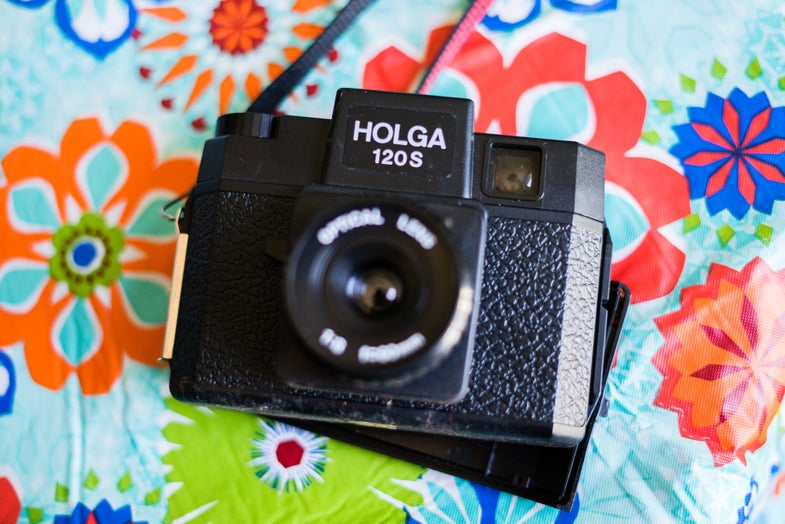 If you interact with other photography enthusiasts on the web, there’s a saying that I’m sure you have heard over and over again: “The gear doesn’t matter. It’s about the photographer.” This statement comes in a variety of different flavors, some of which involve tired metaphors about chefs and their stoves, or artists with their paint brushes. They all have one thing in common: They’re wrong and you should stop saying them.

In his book, Visual Stories, Pulitzer Prize winning photographer (and the guy who shot all those massively viral aerial photographs of cities), Vincent Laforet dedicates an entire section to choosing the right lens for a shoot. “Part of the discipline of photography is asking the question, ‘What do I really need?” To answer that question, often you first have to ask yourself, ‘What am I looking for? What is my vision for the photograph.’” Simply put, choosing the lens—and the rest of your gear for that matter—is one of the very first choices you make in the creative process of creating a photograph. Already, gear is sounding pretty important.

But, gear isn’t always a choice. We’re all bound by limitations, whether they’re self-imposed as part of a quest for a coherent personal style, or financial because photography can get insanely expensive. However, even when there’s no tangible choice to make, the gear still has a real effect on the resulting photographs. If you only have an iPhone, you’re going to see the world through a 28mm lens and that’s going to, at least in part, dictate how you’re able to shoot.

One prime place to see the “gear doesn’t matter” comments are on Digital Rev’s “Cheap Camera Challenge” videos (which are massively entertaining, by the way). A pro photographer is given a camera that’s worse than what you’d find at a thrift shop and sent out into the world. They always stretch its capabilities as far as humanly possible, but the resulting image typically looks nothing like a photo they would ever shoot on their own. The camera changed the way they photograph. The gear, quite literally, mattered. A crummy camera didn’t make them into a bad photographer, but it changed their photographs.

While I don’t agree with the whole “gear doesn’t matter” attitude, I do get why it exists. Sometimes it’s easy to get caught up in things like test lab results and tedious numbers pulled from massive spec sheets. We test cameras here—that’s part of our thing. But it’s not because we think gear is the only thing, we just think it’s an important thing.

It’s a commonly held belief that shooting with prime lenses instead of zooms will help you hone your photography skills. The restriction forces you to really learn the intricacies of a specific focal length and begin to visualize what will fit into a certain frame, and what will look good once it’s in there. That was certainly the case for me, and it’s why I still currently gravitate toward the 50mm prime in many circumstances. The crummy old 50mm f/1.8 lens I got from my dad during college helped shaped the way I see photos in a way that sticks with me to this day.

“But, having a nice camera doesn’t make you a photographer!” you’re getting ready to type into the comment box. And that’s true! But it’s also more complicated than that. A good photographer understands their gear and chooses the equipment that most suits their needs and allows them to create their art. Let’s visit the beloved,”No one goes up to an artist and tells them that their paint brush painted a great picture.” That’s true, too! But it’s also true that few great painters go sauntering into the dollar store and pick up a pile of crummy plastic brushes to create their next masterpiece, unless they’re doing so for a specific reason. The same goes for a chef and their cooking gear. Or, really any profession that requires equipment.

The simple fact of the matter is that most modern cameras are just really, really good. And if there’s any truth to the “gear doesn’t matter statement,” it lies there in. You can pick up almost any modern camera of a certain level and shoot pretty much anything with it. Technology almost seems like magic compared to what we had even 10 years ago. And a great photographer will be able to stretch any camera to its maximum capacity in order to try and get the shot they want. But, in the end, the gear is still a critical part of the equation. It can be limiting, or it can be enabling.

Ultimately, choosing the camera, lens, lights, and other gear is a crucial part of the creative process, just like choosing a subject, finding good light, and composing the frame. So, while we shouldn’t fixate on gear, we should definitely respect it. Otherwise, maybe take up painting. I hear the dollar store has plenty of brushes in stock.

cameras
Editorials
gear
How to
PSAs