How To: Make a Photographic Diptych

A great way to double the impact of an image 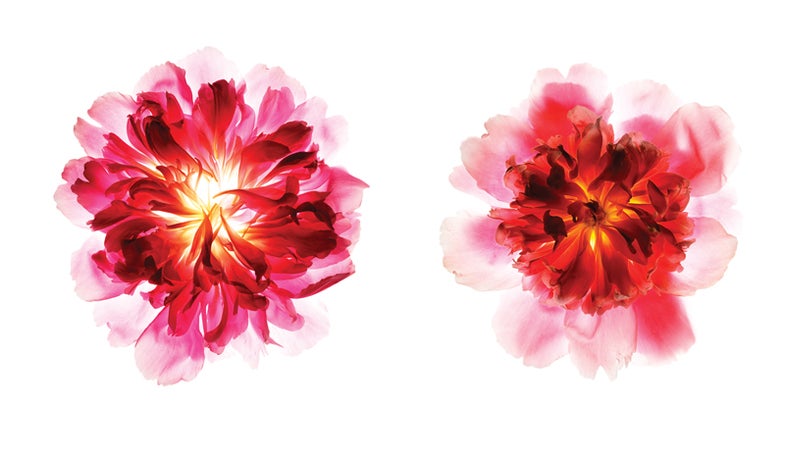 Exposing for 1/125 sec at f/16, Benoist shot both peonies at ISO 200. See more of her work at www.clairebenoist.com. Claire Benoist
SHARE

Claire Benoist is a Brooklyn, NY, pro who contributes product photography to this (and many other) publications. But she also likes shooting flowers: “Nothing comes close to natural forms for sheer beauty,” Benoist says. In fact, she likes flowers so much, she often can’t decide which of her many floral studies to retouch, print, mat, and frame.

Her solution? Presenting flowers as pairs in the form of a diptych. This technique of doubling up pictures proves that reproducing similar subjects together can add up to more than the sum of the parts. Matted and framed as one, each image can comment on the other, deepening a viewer’s understanding and appreciation of both—a visual one-two punch.

“I’ll often think about images as doubles. It’s how they’re displayed in my portfolio, in books, and, sometimes, website,” says Benoist.

“I didn’t shoot these similar peonies as a diptych, but I liked both so much that I retouched and now present them together,” she adds. “My decision usually happens in editing. I look for color combinations that match or complement each other nicely, or I sometimes base the decision on form or subject matter.”

Whether you shoot two subjects together or pair them later, give diptychs a try.

Plan for duos. Unless you have a system that lends itself to diptychs (as Benoist does), begin with the intent of producing two images to display together. this means finding complementary subjects, lighting and composing them similarly, then printing them to scale with carefully matched color palettes.

Wrangle a subject. Flowers work well for diptychs. “Choose many of them, so you have subjects to play around with,” says Benoist. “practice on the less perfect ones, and then, when you’ve ironed out the shooting details, bring out the true beauties.”

Lock in imaging variables. After you’ve nailed composition, lighting, and exposure for the first photo, shoot the second under the exact same conditions. Use a sturdy tripod to hold the camera in place, and maintain the same light output and distance between shots. “Don’t blow out the highlights, especially if you’re shooting white flowers or against a white background,” Benoist cautions. “Use the highlight eyedropper in your image editor to help you keep whites in the 245–252 range.” and work fast, because flowers fade quickly under bright lights.

Lock in output variables. Output diptych components using the same stringent controls that you shot with. make prints with the same printer with the same inks on the same paper, preferably in the same work session. absolute matching of subject treatment, color, and scale are critical.