The sad history of digital cameras trying to imitate film 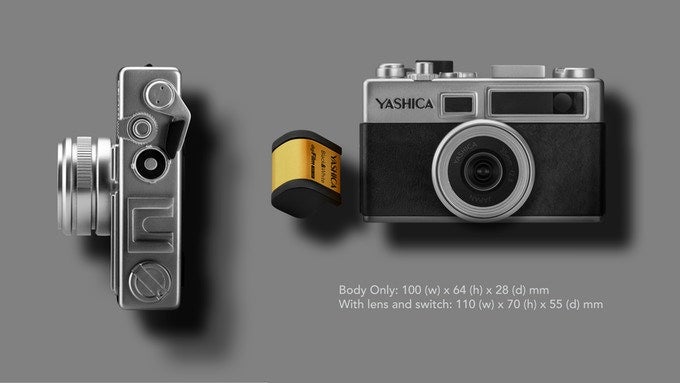 There are a ton of great film cameras on the secondary market right now. Prices are up from where they were a few years ago, but your options span everything from classic manual SLRs to fun compact cameras with surprisingly sharp lenses. But, film photography does take some extra effort and cost, which makes the idea of a digital camera that simulates a film photography experience so appealing. The problem, however, is that no one has been able to do it right.

The latest attempt at recreating the film photography magic with a digital imaging sensor comes from Yeshica, a company responsible for some truly excellent film cameras in its time, including the T4 compact, which still fetches a hefty price on eBay. The company has been effectively defunct for decades, but now it’s bringing back a digital version of its Electro 35 rangefinder camera via Kickstarter, calling it the Y35 digiFilm.

The digiFilm is, for the most part, a typical low-end digital camera. It has a small 1/3.2-inch sensor like you’d find in the iPhone 5, and a very limited set of manual controls. It doesn’t have a screen, but it does come with swappable “film” modules that dictate the look of the pictures you take. So, pop in the ISO200 Ultra Fine digiFilm cartridge and it will shoot with settings optimized for bright light and photos with low noise. The 120 Format (6×6) digiFilm cartridge only allows the camera to shoot square photos. Of course, there’s also a black and white cartridge.

To put a cherry on top of its analog imitation, the camera also has a film advance lever you have to wind between photos. The whole thing is very cute, but it misses the point of film photography, which doesn’t come from pressing levers or swapping out canisters, but rather from the images and the creative process itself. Also, with such a small sensor and limited controls, expectations for image quality aren’t high.

Trying to mix digital photography with film-style cameras is a trap that many other manufacturers have fallen into. Here are some past attempts that didn’t quite work out as expected.

If you ever took a film photography class, you probably recognize this Russian toy camera. The original was loved by lo-fi photographers for its crummy lens and its tendency to let in light at the seems to fog the film, which gave images a dreamy effect. The digital version used a smartphone camera sensor and couldn’t capture any of that Holga charm. It ran a successful Kickstarter campaign, but got bad reviews. I have one. It has been in a drawer for more than a year.

The quest to recreate that old-school vibe extended to apps, of course, too. Several app makers bet that waiting to see your photos was the part film photographers liked about the medium. The apps would store your shots and not show them to you until you had “finished a roll” of pictures

This $3,000 DSLR is actually a rather excellent camera with most of the same guts as Nikon’s flagship DSLRs at the time. But, in an effort to appease purists, the company took out all video features and styled the camera as a throwback to its earlier film days. It shot great photos, but didn’t sell well, and hasn’t seen a refresh.

The Digipod was a semi-promising concept that tried to deliver on a long-requested task: Bring a digital sensor into our old film cameras. It got roughly $20,000 into an Indiegogo campaign before bailing out. There was a working prototype, though, which is more progress than many others made.

Instant photography is still alive and well, especially Fujifilm’s Instax system, but the digital versions haven’t performed. The Polaroid Snap creates a digital image and a physical print, but it’s more of a camera with a printer attached to the back than a true hybrid. The print quality isn’t great and each sheet of paper is too pricey for what you get.

This “camera by subscription” service rented you a Samsung NX1 with the screen covered, then took your photos and “developed” them in the cloud, before selecting, editing, and showing you the images it thought was best. Each photo you kept cost $1.

Decades of credibility allows Leica to do whatever crazy thing it wants, and this $6,000 digital camera without a screen is a great example of that fact. It’s a classic M-series rangefinder with a full-frame sensor and all the mystique that comes with Leica’s red dot logo. It shoots beautiful images and is actually fun to use, but the price tag is extremely prohibitive for such a quirky camera.