A GoPro bears witness to its own demise 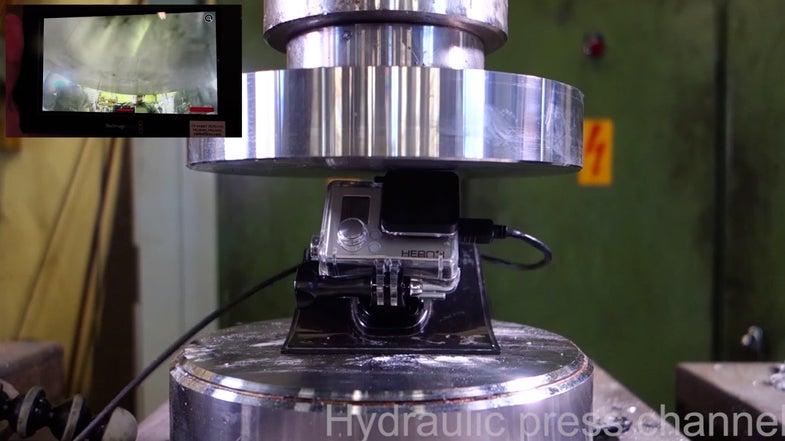 Some of the best YouTube channels are dedicated to one specific and entertaining thing. The Hydraulic Press Channel has absolutely nailed this concept, dedicating every video to crushing random objects with a piece of heavy industrial machinery. In the latest video, the hydraulic press actually mashes a collection of action cameras, including a GoPro that is able to record part of its own demise.

As you might expect, the cameras don’t stand a chance and are flattened into objects that could almost be considered abstract art. The video is like a trip down action camera memory lane, including an older Sony Action Camera, and a Contour camera, which was, at one time, one of the biggest GoPro competitors.

The smoke that comes out of some of the cameras is a little worrying since those batteries can be pretty volatile, so if you have access to your own hydraulic press for some reason, it’s best to be careful.