Why strawberries look red, even when they aren’t 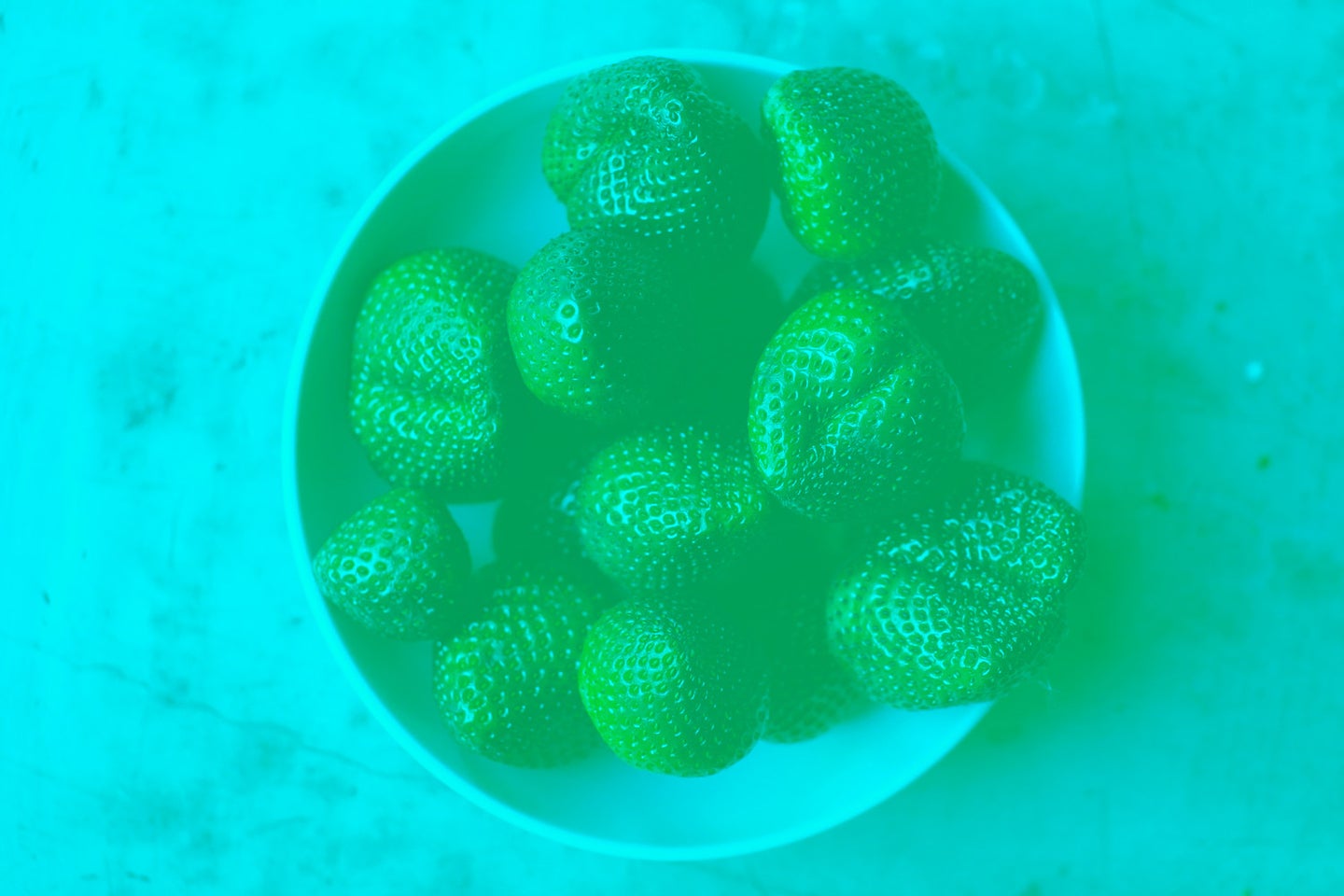 These strawberries look red ­(almost), like fresh fruit should. But this tasty image doesn’t have any rosy hues in it at all. Zoom way in, and you’ll find that the pixels that make up this snack are actually shades of blue and green.

You’re seeing scarlet because of a visual phenomenon called color constancy. We perceive color based on the wavelength of light an object reflects. But those wavelengths are always in flux. Color constancy helps us adjust to those changes, keeping an item’s tone the same even if its surroundings change dramatically. For example, if a sunset floods the light outside with a deep yellow, blue beach chairs will still look blue.

Scientists once thought that color constancy was rooted solely in the brain, says David H. Foster, professor of vision systems at the University of Manchester in England. If the light shifted, altering the wavelengths reflecting off an object as a result, color receptors in the eye would adjust so the brain would see it in the same way regardless. But other experts argued that people used their experience to infer what a scene was supposed to look like—no photoreceptors involved.

The latest research suggests each mechanism plays a role. Neurons adjust to maintain consistency, but the memory of what a given object looks like is also essential. In the case of these berries, it’s the light source that turns a simple image into a full-blown illusion. Sensing the blue tint in the photo, our brains unconsciously but systematically subtract cyan from each gray pixel in order to restore the rose-colored berries we know we should see.

This article was originally published in the Summer 2019 Make It Last issue of Popular Science.